Mahatma Gandhi will now be on British Currency notes | Details

Reports confirmed that efforts are on from the Royal Mint advisory to mint a coin to commemorate Mahatma Gandhi.
5 hours ago

While the chants of Jai Shri Ram echoed all over the country, Prime Minister Narendra Modi performed the 'Bhumi Pujan' of the proposed Ram temple in Ayodhya on Wednesday, August 5.
6 hours ago

Bollywood celebrities have lauded the groundbreaking ceremony of the Ram Temple in Ayodhya. Prime Minister Narendra Modi performed 'bhoomi pujan' by laying the first brick on Wednesday.
7 hours ago

Bharti Airtel Ltd and Amazon Web Services (AWS) will join forces to develop the Indian telecoms firm's cloud business, allowing it to offer a wider range of products to its enterprise clients, the two companies said on Wednesday.
7 hours ago

The victim had objected to the noise made by the three accused while playing PUBG.
7 hours ago

PM Modi at Ayodhya Bhoomi Pujan: Attempts made to eradicate Ram's existence, still he lives in our hearts

The Prime Minister exhorted citizens to follow a similar "maryada" in times of the Covid-19 pandemic by wearing masks and maintaining social distancing.
8 hours ago

India's Zydus Cadila said on Wednesday its COVID-19 vaccine candidate was found to be safe and well-tolerated in an early-stage human trial.
9 hours ago

The Chinese manjha was banned a few years back, but the accidents have not stopped in India. Accidents of birds caught in the nylon thread and people losing limbs and life, continue to be reported creating a cause for worry in the country.
10 hours ago

Union Law Minister Ravi Shankar Prasad, who has been a long-standing lawyer of the Ram Lalla deity, shared an original document of the Constitution that has a sketch of Lord Ram, Mata Sita and Laxman.
11 hours ago

The Government of Pakistan is said to officially inaugurate Srinagar Highway on August 5 to express "solidarity" with of the people of Kashmir to mark the first anniversary of the abrogation of Articles 370 and 35A.
12 hours ago

The Sashastra Seema Bal (SSB) and the Uttar Pradesh Police have intensified patrolling along the 551 km-long India-Nepal border, ahead of Prime Minister Narendra Modi's scheduled visit to Ayodhya for Ram Temple Bhoomi Puja on Wednesday.
16 hours ago

Fighter plane gifted by IAF to AMU listed for sale

However, the post was removed soon after the incident came to light.
20 hours ago 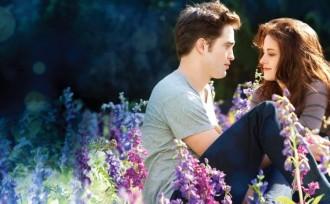