Wishes started pouring in from all across the world for India's former captain MS Dhoni, who is also known as the 2011 World Cup-winning captain.
21 hours ago

Dhoni is the only international captain to have won an ICC 50-over World Cup, T20 World Cup and Champions Trophy. He even led India to the number one ranking in both Test and ODI formats.
22 hours ago

Scuffle with wife ends badly for Kerala man, who recently returned from Riyadh and broke home quarantine. A dramatic chase by PPE-clad health workers was captured on video.
23 hours ago

Secretary of State Mike Pompeo said late on Monday that the United States is "certainly looking at" banning Chinese social media apps, including TikTok.
1 day ago

Foreign students must leave the United States if their school's classes this fall will be taught completely online or transfer to another school with in-person instruction, the US Immigration and Customs Enforcement (ICE) agency announced.
1 day ago

Anucheth, IPS, has been at the forefront of handling the migrant crisis and earned immense respect and love from his division in Whitefield, Bengaluru.
1 day ago

Ravinder Dandiwal who was allegedly involved in the international Tennis match-fixing scandal was arrested for conducting a fake Sri Lankan T20 league.
1 day ago

Organisers of the Indian Super League Season 7 have been discussing holding the tournament behind closed doors keeping in mind the ongoing pandemic in the country.
1 day ago

Former Indian opener Aakash Chopra cited statistics in response to Shahid Afridi's jibe about beating India in the past.
1 day ago

OnePlus 8 Pro is selling at a premium price in India as people are willing to pay more than the MRP for both used and new units. Here's the ground reality of OnePlus 8 Pro's demand in India.
1 day ago

Around 185 officer trainees attended the Phase II training with some from the 2018 batch and few from the 2017 IAS batch.
1 day ago

In their conversation on Sunday, the two Special Representatives had a frank and in-depth exchange of views on the recent developments in the Western Sector of the India-China border areas.
1 day ago

The Army HQ has raised this issue of a uniform treatment to all deceased soldiers due to illness but there has not been a permanent resolution.
1 day ago

From Mirzapur to Made in Heaven, birthday girl Shweta Tripathi's performances make it for binge-watching

Here are some of the memorable, iconic performances of the versatile Shweta Tripathi to stream on her birthday.
1 day ago 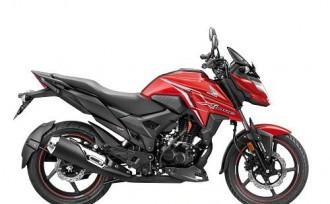