Cyclone Nisarga: An overview of Mumbai's preparedness to confront the destructive storm

Cyclone Nisarga is expected to make landfall in Mumbai as a 'severe storm' with a wind speed of 100-110 kmph gusting to 120 kmph.
2 hours ago

US President Donald Trump and PM Narendra Modi had a telephonic conversation, discussing various issues ranging from Indo-China relations, COVID-19 crisis, ongoing protests in the US and G7 summit.
9 hours ago

'I am not comfortable with bold scenes on screen', shares Vatsal Sheth (Exclusive)

In an exclusive conversation with International Business Times, India, Vatsal Sheth spoke at length on his upcoming projects, his take on TikTok videos, if he would opt for pay cut once the lockdown is lifted and more.
12 hours ago

From her 48-crore office to Rangoli's new home, Kangana shows off her interest in interiors

Kangana Ranaut managed to help her sister Rangoli Chandel do the interiors in her new house. Perhaps, Kangana has a new career she'd be good at.
12 hours ago

Making lives difficult: The tyranny of RWAs in India amid coronavirus pandemic

The RWAs are responsible for managing the day-to-day affairs of housing societies or a neighbourhood and set guidelines related to several issues such as security.
12 hours ago

The ICMR has approved 28 private laboratories in Bengaluru to conduct Real-Time RT-PCR and TrueNat/CBNAAT tests to find out Coronavirus/COVID1-affected people and fees/rate/price will be 650 per test.
12 hours ago

From Shah Rukh Khan to Deepika Padukone: Pics of these Bollywood celebs as schoolkids will give you nostaliga

Did you know how the likes of Shah Rukh Khan, Salman Khan or Deepika Padukone used to look like in their school uniform? Catch their glimpses in pictures below!
13 hours ago

After making a misplaced comment on Yuzvendra Chahal, now the internet demands that Yuvraj apologise to the fellow cricketer.
15 hours ago

'I am not an actress anymore': Zaira Wasim replies to Tarek Fatah on locust attack remarks

Zaira Wasim has been in the news over her remarks on the locust attack on India, now that she's back on Twitter, she hit back at a critic with a strong response.
15 hours ago

Hindustani Bhau recently decided to take action against ALT Balaji and Ekta Kapoor over their show, now fans are trending #ALTBalaji_Insults_Army calling the producer an anti-national.
16 hours ago

Samsung has launched two ultra-affordable smartphones in India to cater to the needs of budget shoppers in the country, which has been under lockdown since late-March affecting the national economy and businesses.
16 hours ago

India's answer to TikTok, Mitron app had garnered over 5 million downloads in a short period of time, but it has now been removed from Google Play Store. Here's the reason.
17 hours ago

Is Ranveer Singh's 83 changing hands? Here is the truth

As per the rumours, Deepika Padukone was taking over 83 as the producer of the Ranveer Singh. However, soures have denied it.
17 hours ago

Breaking the myth: Are sanitisers carcinogenic? 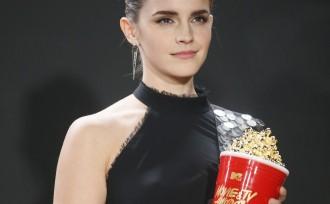