There's a major paradigm shift in Kashmir politics as DDC polls were conducted with huge success. Kashmiris were seen braving cold, snow, pandemic and terror fears to exercise their voting right. A sight to behold.
3 hours ago

Canada PM and other cabinet members have already sparked diplomatic tensions with India over agricultural laws, now British MPs are pushing for UK foreign secretary to raise the issue with the Indian government.
20 hours ago

Indo-Canadian relations have taken a hit amidst the farmer protests just outside the capital New Delhi. Canadian PM this week had extended his support to the agitating farmer.
20 hours ago

Canadian PM Justin Trudeau has reaffirmed his support for the farmers' protesting in India, saying Canada would always stand up for the right of peaceful protest and human rights.
22 hours ago

Major Western countries have been limiting Chinese technology companies including Huawei in rolling out 5G in their respective countries amidst security concerns.
1 day ago

Narinder Singh Kapany passes away at 94: Journey of 'father of fiber optics'

Kapany had coined the term fibre optics in 1956. He had over 100 patents for his research on fibre optic communications, lasers, bio-medical instrumentation, solar energy and pollution monitoring.
1 day ago

The ministry of external affairs on Friday summoned the Canadian High Commissioner and slammed the Justin Trudeau government over its recent support to farmers' agitation in Punjab and Haryana.
1 day ago

Maha educator wins $1mn teacher prize; what he plans to do next is pure kindness

Ranjitsinh Disale, a teacher at the zilla parishad school in Solapur's Paritewadi, is winning hearts with his generous gesture after winning $1 million teacher prize from Unesco.
1 day ago

Christopher Nolan's time-bending movie Tenet has finally released in India amid the ongoing Coronavirus pandemic. Indian fans will more enjoy the sci-fi movie as it features Dimple Kapadia in a prime role.
1 day ago

Indian Navy Day 2020: Navy day in India is observed every year on December 4 to celebrate the achievements and role of the naval force to the country. This day is also marked to honour the Bravehearts of the Indian Navy for their selfless service to the nation.
1 day ago

In a statement filed with the exchanges, HDFC bank said, "The above measures shall be considered for lifting upon satisfactory compliance with the major critical observations as identified by the RBI."
2 days ago

Yash has become a national icon with the release of KGF and is awaiting the release of the sequel which will hit screens next year. He is in talks for another pan Indian film with director Narthan.
2 days ago

Dharampal Gulati passes away: An awe-inspiring journey of 'MDH masala king' to 'dadaji' 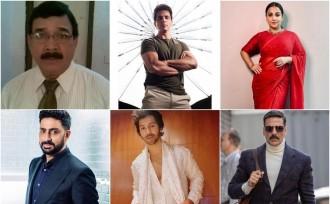