In the backdrop of the continuing standoff between the militaries of India and China at the Line of Actual Control (LAC), President Xi Jinping said China would step up its preparedness for armed combat due to coronavirus impact on national security.
23 minutes ago

Cheapest motorcycles in India: CT 100 vs HF Deluxe vs Platina

This Bajaj CT 100 vs Hero HF Deluxe vs Bajaj Platina story isn't a review, but a ready reckoner for those who want to buy the least expensive motorcycle soon to commute from point A to B and back, saving a lot of money while at it.
8 hours ago

Heavy rain accompanied by strong winds continues in Bengaluru amid the hot days of summer.
13 hours ago

Sachin Tendulkar looks back at Sachin: A Billion Dreams on 3 years of its release

Sachin: A Billion Dreams released three years ago on this date, and cricket world's Master Blaster Sachin Tendulkar recalled how the film was more than a biopic for him.
16 hours ago

Karsan Ghavri discusses India's performance during the Champions Trophy and how not having a trophy in hand shouldn't demean the performance of the team.
16 hours ago

'That's my little boy Chahal when he is fielding': Rohit shares fun post

Rohit Sharma posted a fun video of Yuzvendra Chahal during his work-out session, providing a glimpse of how he fields.
17 hours ago

33 years of 'Mr India': These candid pictures of Sridevi, Boney Kapoor and Anil Kapoor are priceless

As Mr India completes 33 years, let's take you down the memory lane when Anil Kapoor, Sridevi and Boney Kapoor were together. This priceless images will surely moist your eyes.
17 hours ago

As Google now permits the launch of the app, the beverages firm will have to carry out tests and trials to ensure the app is functioning without any problem.
19 hours ago

After brother Faizal Siddiqui, the Tik Tok account of Amir Siddiqui has been suspended. The real reason is yet to be disclosed.
20 hours ago

Did you know Shah Rukh Khan hosted Virat Kohli's swayamvar during IPL 7? The cricketer actually picked his current wife and then-girlfriend Anushka Sharma as his partner.
1 day ago

According to the Railway Ministry sources, a fourth grade multi-tasking staffer, who last attended the office on May 19, tested Covid-19 positive.
1 day ago

Wearing a yellow jacket and mask, the young boy carried a placard reading 'special category' passenger and flew back alone to the city.
1 day ago

Disney+ June 2020: Here's everything coming this month on platform

Among the new addition, the main attraction will be Kenneth Branagh's 'Artemis Fowl' based on Eoin Colfer's fantasy novel of the same name.
1 day ago

When Abhishek Bachchan met Satyajit Ray in Kolkata: I played in his chair a lot [Throwback]

During an event in Kolkata, Abhishek Bachchan had recalled his first-ever memory in the city in the house of the cinematic icon, Satyajit Ray.
1 day ago
1 2 3 4 5 6 7 8 9 10 Next 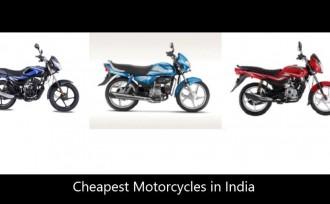 Cheapest motorcycles in India: CT 100 vs HF Deluxe vs Platina
8 hours ago
MOST POPULAR