Defence Minister Rajnath Singh lauded the Defence Research and Development Organisation and other stakeholders for the successful test of the first indigenous anti-radiation missile for the Indian Air Force.
16 days ago

The HAL employee was supplying secret information about Indian fighter aircraft and their manufacturing unit to ISI.
17 days ago

Indian Air Force Day is celebrated on October 8 every year. Here's a look at everything you need to know.
20 days ago

Flight Lieutenant Shivangi Singh is set to become India's first woman fighter pilot to fly the Rafale aircraft that was formally inducted into the Indian Air Force on September 10. She will soon join the Ambala-based No. 17 squadron, also known as "Golden Arrows."
Sep 24, 2020

In a first, of the 10 women fighter pilots at the IAF, one is currently under training to joining the Rafale squadron.
Sep 21, 2020

The alleged UFO sighting has made several people believe that alien existence on earth is real
Sep 21, 2020

Taiwan said 18 Chinese aircraft were involved on Friday, far more than in previous such encounters.
Sep 18, 2020

The discovery of the reptilian egg has made many people believe that aliens have been visiting earth for hundreds of thousands of years.
Sep 17, 2020

Amidst the ongoing border tensions with India, Chinese state-controlled media tried to pass off a video of a remote-controlled aero model as an actual military jet.
Sep 15, 2020

The mysterious UFO sighting has made several people believe that extraterrestrial aliens are already there on earth.
Sep 11, 2020

Calling it authentic proof of alien existence, Waring revealed that similar UFOs were spotted during World War I and II.
Sep 10, 2020 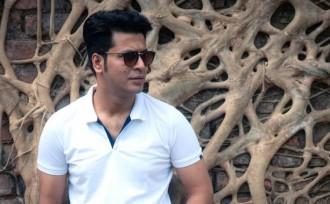 Anirban Bhattacharya gets candid on his newfound stardom, acting and more [Exclusive]
23 minutes ago
MOST POPULAR