The emergency was announced by Prime Minister Pravind Jugnauth late Friday, as satellite images showed a dark slick spreading in the turquoise waters near environmental areas that the government called "very sensitive."
Aug 8, 2020

Researchers found out that the temperature change at the sea surface during late winter leads to the most significant variations in the population growth rate of the black-browed albatrosses.
Jun 21, 2018

It was a musical symphony of animal noises outside St Francis Church in Lima, Peru where parrots, dogs, rabbits and hamsters gathered with their owners in tow for the annual blessing of the animals on 4 October. Many of the pets wore colourful bows or flouncy dresses for the special event. Nestled in his owners arms, Andrei Baltas rabbit wore a whimsical princess costume.
Oct 5, 2015

In Cordoba, Argentina, a group of environmentalists decided a year ago to block the construction of a corn processing plant of US seed giant Monsanto, in opposition of its use of genetically modified crops. Duration: 01:07
Oct 10, 2014 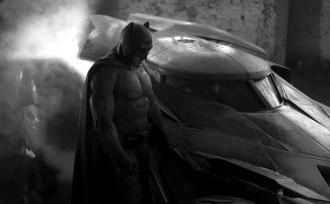 Ben Affleck to return as Batman for HBO Max projects; what about Robert Pattinson
6 hours ago
MOST POPULAR