COVID-19: CABD decides to provide financial help to its players

Amid the pandemic Cricket Association for the Blind in Delhi has decided to provide financial help to its players.
1 hour ago

US terminating relationship with WHO, redirects funds to other health charities: Trump

"We will be today terminating our relationship with the World Health Organisation and directing those funds" to other global public health charities, Trump said during a briefing as tensions between US-China continue to escalate.
8 hours ago

The Prime Minister's Office on Friday made some changes to the PMO appointments, bringing in top IAS officers and making changes in other ministries.
16 hours ago

A 25-year-old local Bajrang Dal leader and three minor boys have been booked by the police on Friday as the video on the incident went viral over the internet.
22 hours ago

Mark Zuckerberg revealed in a recent interview that social media platforms should not be arbiters of truth and deciding what's true or not can be a dangerous thing.
1 day ago

Protesters massing outside the building briefly retreated under volleys of police tear gas and rubber bullets fired at them from the roof, only to reassemble and eventually attack the building head on, setting fire to the structure as police seemed to withdraw.
1 day ago

Several clashes also erupted between protesters and police in the US city of Minneapolis over the death of an unarmed black man in police custody.
1 day ago

As per the order of the Supreme Court, Vodafone Idea owes as much as Rs 54,000 crore in adjusted gross revenue (AGR) dues to the government.
1 day ago

The Jammu and Kashmir High Court upheld the detention of J&K High Court Bar Association Mian Abdul Qayoom, sending a strong message to separatists in the valley.
1 day ago

No ban on incoming flights from Maharashtra, Gujarat, Tamil Nadu, Madhya Pradesh and Rajasthan into Karnataka as the state government has issued a clarification in the matter.
1 day ago

The Indian Olympic Association has constituted an 11-member Olympic Solidarity Fund for the 2020/21 cycle in terms of budget, funds, and grants.
1 day ago

Migrant crisis across the nation has been a huge challenge for the police force and the administration at large. Bhaskar Rao IPS, the Bengaluru City Police Commissioner shares his experience on implementing a strategic migrant evacuation model during the coronavirus induced lockdown.
2 days ago

When asked how the Police can make their stations police stations, Mr. Rao said that it was a huge responsibility.
2 days ago 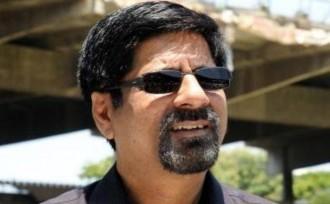 'Kohli, Ashwin & Vijay are my top picks as a selector': Srikkanth
1 hour ago
MOST POPULAR