If you are driving during lockdown without an e-pass in areas far away from your residence, and unfortunately met with an incident or accident on the road, then the chances of insurance companies denying your claim is pretty high.
1 hour ago

Remembering Hansie Cronje, the South African cricketer died at 32 in a tragic plane crash, for his leadership and charisma.
1 hour ago

In the second instance of ceasefire violation on Saturday, Pakistan Army initiated unprovoked shelling in J&K, but was met with force by the Indian Army.
19 hours ago

COVID-19: CABD decides to provide financial help to its players

Amid the pandemic Cricket Association for the Blind in Delhi has decided to provide financial help to its players.
1 day ago

The Prime Minister's Office on Friday made some changes to the PMO appointments, bringing in top IAS officers and making changes in other ministries.
1 day ago

The development has come amid fears that the ongoing Indo-Sino border dispute at the Pangong Tso lake in Ladakh could also result in all-out combat between two of Asia's most powerful countries.
2 days ago

Ravish is a connoisseur of beautiful rare acquisition, from cigars to watches, wines to luxurious cars.
2 days ago

Prime Minister Narendra Modi had also held a meeting with National Security Advisor Ajit Doval and Chief of Defence Staff General Bipin Rawat to take stock of the situation at the LAC.
3 days ago

Karnataka mulls on reopening schools from July 1, decision to be out soon

In its report submitted by the NIMHANS Director to the secretariat, it clearly denied online education for children, especially below six years.
4 days ago

Reportedly, the talk show host has released an apology after the clip of him in blackface started trending on Twitter.
4 days ago

Ayushmann Khurrana on his films being remade in South: It is quite overwhelming and gratifying to know

Actor Ayushmann Khurrana is happy to be part of movies that is transcending language, culture and borders.
6 days ago

Sikkim Chief Minister Prem Singh Tamang took strong exceptions of the advertisement, saying that it was objectionable for the proud Indian citizens of Sikkim and made them feel left out. He asked the Delhi chief minister to remove the advertisement and rectify the error.
7 days ago

Punjabi actor-singer and Bigg Boss 13 finalist Shehnaaz Gill's father Santokh Singh Sukh has denied the rape allegations levelled against him. He has offered the CCTV footage as proof for it.
9 days ago
1 2 3 4 5 6 7 8 9 10 Next 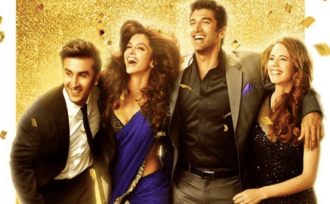