Robert Downey Jr. last starred as Iron Man in Avengers: Infinity War. There are recent speculations that Downey reportedly wishes to star alongside new characters like Fantastic Four.
6 hours ago

Scarlett Johansson has married her fiance Colin Jost in an intimate ceremony. Check out her earlier marriages and when Black Widow is releasing worldwide.
6 hours ago

Before Christopher Nolan and Christian Bale brought Batman back to life in the mid-20s, it was Michael Keaton all along who managed the show of the caped crusader.
2 days ago

Robert Pattinson is currently filming for Matt Reeves' The Batman movie. There is now a report that claims Ben Affleck might come back in future DCEU projects for HBO Max.
5 days ago

A Marvel insider has revealed that the studio is considering going the Carrie Fisher way to give Chadwick Boseman a final closure in the forthcoming Black Panther 2 movie.
11 days ago

Robert Downey Jr. and Chris Evans are reportedly eyed to reprise their roles in one of the most significant projects from the Marvel Cinematic Universe.
11 days ago

Check out the leaked photos from the set of Spider-Man 3 where Tom Holland can be seen sporting his Spider-Man suit.
14 days ago

The 2020 Nobel Prize for physics has been awarded to Briton Roger Penrose, German Reinhard Genzel and American Andrea Ghez for discoveries relating to black holes
24 days ago

Going by the claim from Ice Universe, it looks like Apple tested out those sample units, and ordered a fresh batch of foldable display samples from Samsung.
27 days ago

Aliens are religious too; Taiwan researcher claims to have discovered Bible on Mars

Citing the discovery of the Holy Bible, Waring strongly argued that advanced aliens on Mars were religious believers.
27 days ago

Currently being developed into a web-series, Ms Marvel will also be a part of future MCU films. But the bigger question remains unanswered.
28 days ago

The self-styled mogul has gotten away with a minuscule tax burden by reporting himself to the Internal Revenue Service as a major loser for the better part of two decades.
Sep 29, 2020
1 2 3 4 5 6 7 8 9 10 Next 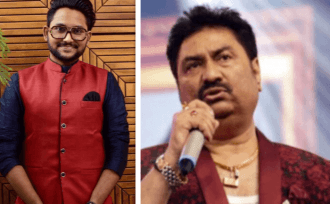 Marathi controversy: Kumar Sanu lashes out at son Jaan, says 'What has his mother taught him'
4 hours ago
MOST POPULAR