The study showed that patients at a clinic in Munich showed a significant drop in the number of so-called neutralising antibodies in the body.
39 minutes ago

Acharya Shree Purushottam Priyadasji Swamishree, head of Swaminarayan Sanstha - a spiritual, cultural, and social welfare centre headquartered in Ahmedabad, is hospitalised and undergoing treatment for COVID-19 and kidney ailment, a sanstha staff confirmed. But speculations are suggesting the Maharaj is dead.
58 minutes ago

The Kottayam Additional District Court has cancelled rape-accused Bishop Franco Mulakkal's bail issuing a non-bailable warrant against him in the Kerala nun rape case on Monday.
1 hour ago

The Government of Karnataka issued an order on Monday enforcing that those who are going out after giving their swab samples for testing will be facing stringent legal action under the Epidemic Diseases Act.
2 hours ago

The Sechenov First Moscow State Medical University began clinical trials of the vaccine produced by Russia's Gamalei Institute of Epidemiology and Microbiology on June 18.
2 hours ago

Amitabh Bachchan, who is admitted to Nanavati hospital's isolation ward for testing positive for Covid-19, is in touch with fans through social media.
3 hours ago

Rakul Preet Singh is 'waiting for the world to be normal'

Bollywood actress Rakul Preet Singh recently shared a glimpse from her outdoor session with her father.
3 hours ago

Leading channel Sun TV has decided to drop curtains to the currently-running serials like Azhagu, Kalyana Parisu, Tamizh Selvi, and Chocolate.
4 hours ago

Abhishek Bachchan's Breathe: Into The Shadows co-star Amit Sadh has clarified that he has tested negative for COVID-19. He thanked his fans for their prayers for him.
4 hours ago

Google CEO Sundar Pichai said that this will be done through a mix of equity investment, partnerships and an operational infrastructure ecosystem in India.
4 hours ago

Olympics must go ahead next year as symbol of overcoming COVID-19, Tokyo governor says

Tokyo Governor Yuriko Koike, often floated as a future Japanese premier, said on Monday the Olympics must go ahead next year as a symbol of world unity in overcoming the novel coronavirus, even as her city grapples with stubborn spikes in cases.
6 hours ago

In Bengaluru, according to the data of the Citizen quarantine squads, reports have emerged of defaulters under home quarantine providing incorrect addresses and details. Nearly 23,000 such violations have been found so far in the city.
7 hours ago

The SRMJEE sat by students across India and the Middle East has been cancelled due to the COVID-19 pandemic, the SRM Institute of Science and Technology announced on Monday.
8 hours ago
1 2 3 4 5 6 7 8 9 10 Next 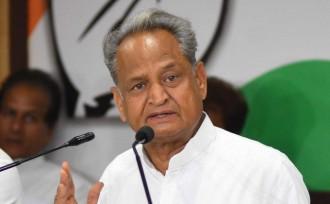