Armaan Malik talks about being in love, heartbreak and his new tracks: Exclusive

In an exclusive chat with IBTimes, songwriter and musician, Armaan Malik, talks about his new track, "How Many", shares his excitement over independent music-making a comeback, his idea of love, romance and more. Scroll down to read the candid interview
49 minutes ago

The European Commission is buying the vaccine doses on behalf of all 27 EU member states, but the states can also decide if they want to "donate the vaccine to lower and middle-income countries or to redirect it to other European countries".
6 hours ago

2021 Grammy nominations are out and South Korean boy-band BTS has just made history by getting nominated in the Best Pop Duo/Group Performance category for "Dynamite."
7 hours ago

Who was Maulana Kalbe Sadiq; prominent Shia cleric dies at 81

Maulana Kalbe Sadiq, a prominent Shia cleric, reformer and preacher, passed away in Lucknow on Tuesday. UP CM Yogi Adityanath expressed grief over the passing of Muslim scholar.
8 hours ago

Baalveer Returns fame Dev Joshi exclusively talks to IBTimes, about his journey in television, he also emphasized why he is keen on having a promising alternate career and more. Scroll down to read the in-depth interview.
9 hours ago

In Wolkoff's recordings, Trump was witnessed expressing dismay at Melania's role in decorating and promoting the White House during Christmas time, while she was being criticised for not doing more meaningful work.
12 hours ago

The cooperation on transition will enable Biden, who has already begun designating key personnel for his cabinet and other senior-level jobs, to start work on January 20 when he will be sworn-in.
15 hours ago

It is being claimed in a WhatsApp forward that all trains including the COVID special ones will stop operating after December 1. However, the claim is fake as the Ministry of Railways has taken no such decision.
16 hours ago

'How can he question my upbringing when he left my mother alone': Jaan to dad Kumar Sanu

Kumar Sanu's son Jaan Kumar Sanu appeared in Bigg Boss 14 and gained a lot of popularity. But off lately the singer has been in news as he blasts at his father in a media interaction.
19 hours ago

The trailer of Kiara Advani and Aditya Seal starrer 'Indoo Ki Jawani' released and fans couldn't get enough of the it. The film is slated to release on 11th of December in theatres and the trailer has already received a mixed bag of reactions since its release.
22 hours ago

Boris Johnson's COVID Winter Plan to continue in UK till March 2021; will it work

Lockdowns and other extreme restrictions cannot be sustained for the long term in the hope that there will be an effective vaccine or treatment for COVID-19.
1 day ago

Who's who in Joe Biden's cabinet: US President-elect announces nominations [details]

The US President-elect Joe Biden has announced his nominations for homeland security, secretary of state and director of national intelligence.
1 day ago
1 2 3 4 5 6 7 8 9 10 Next 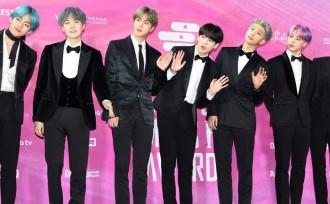