Dussehra 2020: This Maharashtra village worships Ravana with fervour; 5 other temples of demon king

According to the villagers who believe in Lord Ram, they also have faith in Ravan and don't burn his effigies on Dussehra. For over 200 years now, people in village Sangola worship Ravan. Scroll down to find out about other such Temples.
8 minutes ago

Jammu and Kashmir Police detained Bharatiya Janata Party (BJP) workers who were allegedly trying to hoist the national flag at the clock tower in Lal Chowk, Srinagar. A video showed workers chanting slogans of 'Bharat Mata Ki Jai' and unfurling the tricolour in the city.
3 hours ago

'From lantern era to LED era', Nadda's dig at RJD in Bhagalpur rally

In a clear dig at the RJD, whose electoral symbol is the lantern, BJP President JP Nadda said that the BJP-led NDA government is taking Bihar out of the age of lantern era to that of a LED era.
1 day ago

India successfully carried out the final trial of anti-tank guided missile, Nag. The missile will be inducted soon in the India Army. In 2008, Ministry of Defence approved procurement of 300 Nag missiles and 25 missile carriers for Army.
4 days ago

In an exclusive conversation with International Business Times, Jaipur based bridal fashion designer Mohit Falod shares his experience of designing for Bollywood actors and why he feels actors live in attitude. Scroll down to read his journey.
5 days ago

Bharat Biotech, which is developing an indigenous vaccine in collaboration with Indian Council of Medical Research, has entered into an agreement with Washington University and St. Louis University for the trials of the nasal vaccine candidate.
7 days ago

Sanjay Leela Bhansali has reportedly signed Ranbir Kapoor, Alia Bhatt, and Deepika Padukone to star in his adaptation of Baiju Bawra
8 days ago

A Meerut-based godwomen Chetna Devi is one of the staunch opponents of Love Jihad, offering services to Hindu families of girls who've been 'trapped' by virile Muslim men.
9 days ago

'Work risk, disease severity to be factors in vaccine dispensing'

The government would look at two key considerations for prioritisation of the Covid-19 vaccine -- the occupational hazard and risk of exposure to infection, and secondly, the risk of developing severe disease and increased mortality, Union Health Minister Harsh Vardhan said on Sunday.
14 days ago

Prime Minister Narendra Modi on Sunday paid tribute to Lok Nayak Jai Prakash Narayan on his birth anniversary and said that "when our democratic ethos was under attack, he led a strong mass movement to protect it".
15 days ago

The makers of Radhe have raised the hygiene standards as they resumed its shooting. Bollywood superstar Salman Khan has shared a video featuring the precautionary measures taken on its sets by them.
17 days ago

The shooting of one song and some action scenes of Radhe was left before the pandemic. Superstar Salman Khan and Disha Patani are set to complete those sequences in the 15-day schedule.
20 days ago

Indian Air Force Day is celebrated on October 8 every year. Here's a look at everything you need to know.
20 days ago

With the Bihar Assembly election just weeks away, Arjuna Award-winning shooter Shreyashi Singh has joined the BJP here in New Delhi. She is speculated to be fielded by the party in the upcoming polls.
21 days ago 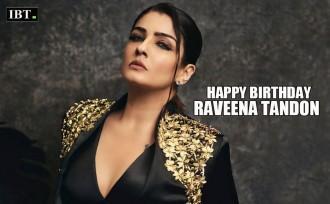