The 2020 Indian Open golf tournament has now been cancelled the Indian Golf Union announced on Friday due to the ongoing COVID-19 pandemic in the country.
6 hours ago

A 64-year-old man who tested positive for coronavirus collapsed and died on the road while waiting for ambulance, which arrived 3 hours later. BBMP officials blame communication failure.
10 hours ago

PM Modi's clear message to China from Ladakh: Age of expansionism over, this is age of development

This assertion by PM Modi in the Ladakh region is extremely significant given the ongoing tension at the LAC with China in eastern Ladakh, barely 18 days after a violent stand-off.
17 hours ago

Prime Minister Narendra Modi arrived in Leh this morning to review the situation after June 15 clash in Ladakh where 20 soldiers were killed in face-off with Chinese troops.
1 day ago

A gunfight broke out in Malbagh area of Srinagar on Thursday, a police officer has revealed. According to new developments, one terrorist has reportedly been killed in the encounter.
1 day ago

While the MiG-29 procurement and upgradation from Russia is estimated to cost Rs 7,418 crore, the Su-30 MKIs will be procured from HAL at an estimated cost of Rs 10,730 crore.
1 day ago

In a significant development, the government is mulling over commissioning of the third gender as officers in the ITBP, SSB, BSF and CRPF.
1 day ago

Apple supplier Foxconn, others hit as India holds up imports from China

India's additional scrutiny of imports from China has disrupted operations at plants owned by Apple supplier Foxconn in southern India and other foreign firms are also facing delays as tensions between the two countries build.
1 day ago

In a telephonic conversation with PM Modi, Putin reiterated his nation's commitment to further strengthen the "special and privileged strategic partnership between the two countries in all spheres".
1 day ago

A team of CCB officers in Bengaluru have arrested a conman Shivanand Hosalli of duping numerous people of lakhs of rupees under the pretence of helping them land government jobs.
1 day ago

The Indian Army's EME Eastern Command, Brigadier Vikas Samyal is survived by a wife and two daughters, who had recovered from coronavirus infection.
1 day ago

Italian police have seized over $1.12 billion worth of ISIS-made "drug for jihad" that were to be distributed in Europe by organized crime groups.
2 days ago

The 36 Rafale jets coming at a price of about $8.7 billion can take off from high-altitude bases like Leh and will be of critical support to Kargil-like situations.
2 days ago

Marking the occasion of Doctors Day, former Congress Chief Rahul Gandhi held an interaction with nurses working as the frontline fighters against the COVID-19 pandemic. He assured them that he will raise the compensation issue before the government on their behalf.
2 days ago
1 2 3 4 5 6 7 8 9 10 Next 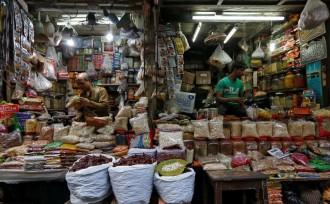