Data provider PitchBook estimates Delhi-based Bira was valued at $210 million in 2018. US-based Sequoia Capital holds a roughly 45% stake in the company, while CEO Jain and his family own around 30%.
14 hours ago

Digital Cinema App is here to change the Game of Views

Police personnel from Mumbai and Delhi saved life of a 25-year-old man after tracing and counselling him.
2 days ago

BCCI President Sourav Ganguly recently spoke about Vivo's end of the road with IPL, and he calls it a 'blip' and not a 'financial crisis'.
3 days ago

The decision to impose a ban on import of 101 defence items was announced by Defence Minister Rajnath Singh in a big step towards Atmanirbhar Bharat initiative.
3 days ago

The former J&K Lieutenant Governor GC Murmu was sworn in on Saturday as India's new CAG. He took the oath at the Rashtrapati Bhavan.
4 days ago

After being given a divorce by his wife, Kaleem Sharif, in a fit of rage, slit his ex-wife's throat after returning home from the mosque. Following the crime, he fled from the scene only to be arrested a day later.
5 days ago

The flood-like situation in Karnataka is looking grim. Funds are directed towards COVID-19, disaster relief is facing a financial crunch. Moreover, weather has hindered rescue operations as 4 people remain missing in Kodagu after a landslide, the monsoon has claimed 3 lives in the state.
5 days ago

Media houses including Buffalo News, Yahoo Finance and 20 others claim to have hailed Taha Masud's startup as the "Next Big Thing in Bangladesh" prior to its launch in late May. Fast-forward two months, it now claims to transforming the lives of hundreds of people stuck in quarantine.
5 days ago

'Must take aggressive action': Trump issues orders for US ban on WeChat, TikTok in 45 days

US President Donald Trump announced Thursday sweeping bans on US transactions with China's ByteDance, owner of video-sharing app TikTok, and Tencent, operator of the WeChat app, starting in 45 days, in a major escalation of tensions with Beijing.
5 days ago

The new immigrant system solely discriminates on the basis of where the immigrant was born. If you are born in any country, other than China and India, say in Ghana, Sweden or Indonesia, then your green card application will be considered immediately.
6 days ago

Amid heavy rainfall in Mumbai, a massive landslide occurred at the posh Malabar Hill near Pedder Road, but luckily there were no casualties.
6 days ago

Accordingly, the repo rate or short-term lending rate for commercial banks and reverse repo rate remain unchanged at 4 per cent and 3.3 per cent, respectively.
6 days ago

The authorities have confirmed that the blast was caused by around 2,700 tonnes of ammonium nitrate stored at the city's cargo port.
7 days ago 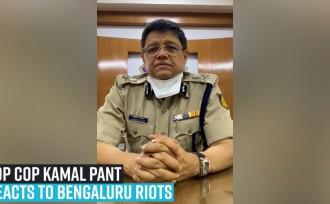