A Special CBI court on Monday sentenced former Union Minister Dilip Ray to three-years imprisonment in a coal block allocation case. Ray was the Minister in the Atal Bihari Vajpayee government in 1999.
29 minutes ago

National Security Advisor Ajit Doval has said that India has never gone to war with anyone for selfish reasons and urged spiritual gurus to spread the Indian civilisational values of peace and spirituality around the world.
42 minutes ago

US Secretary of State Michael Pompeo and Defence Secretary Mark T Esper arrived in India on Monday, October 26 for the third US-India 2+2 ministerial dialogue with their Indian counterparts.
1 hour ago

Delhi Police Sub-Inspector Puneet Grewal, posted with the Special Cell, was arrested on charges of molesting multiple women and four cases registered against him, including one under the POCSO Act.
3 hours ago

Ravishing and versatile Raveena Tandon turns 46 today. Let's take a look at some interesting and unknown facts about 'mast mast girl'. Scroll down to see jaw-dropping pictures of the actor.
5 hours ago

A Singapore arbitration panel has put on hold Future Group's $3.38 billion asset sale to Reliance Industries Ltd, an interim win for Amazon.com Inc, which had alleged the deal between the Indian firms breached existing agreements.
9 hours ago

Bigg Boss 14: Salman Khan introduces wildcard contestants Shardul Pandit, Kavita Kaushik and Naina Singh. Even before they enter the BB 14 house, they indulge in a war of words (WATCH).
1 day ago

As the nation celebrates the auspicious occasion of Dussehra, we got in touch with Tusshar Kapoor for a candid chat. The actor-father spoke about how he is celebrating Dusshera in times of COVID-19, whether his son Laksshya understands the meaning of Dussehra and more. Read on.
1 day ago

Neha Kakkar and Rohanpreet are finally married. The couple took pheras in a Gurudwara in Delhi on October 24. Inside videos of their wedding ceremonies are breaking the internet. Congratulations to the newlyweds.
1 day ago 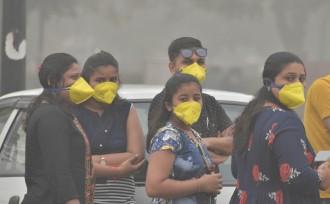 'India's air is filthy' remark by Trump hit a nerve? It's time to act
1 hour ago
MOST POPULAR