The 25-year-old Pakistani cricketer is all set to get hitched to an aeronautical engineer on August 20. 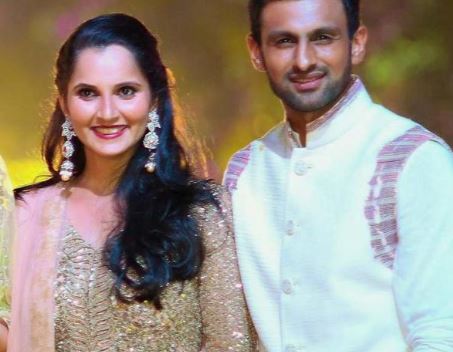 Sania Mirza with her husband Shoaib Malik in a file photoTwitter

"Congratulations Hassan wish you both a lifetime of love and happiness .. this time you'll have to treat us to more than Nandos though," her tweet read.

Hasan Ali is getting married to an Indian woman named Shamia Aarzoo who is a flight engineer with Emirates Airlines. The marriage is going to take place on August 20 in Dubai. There had been a lot of speculations regarding their marriage for the past one month as there reports had come out revealing the nationality of the girl. But the cricketer took to Twitter and stated that the news was not confirmed. The 25-year-old also mentioned that he will make a public announcement soon. Finally, Ali confirmed the news some days later in a news conference in his hometown, Gujranwala. He also added that he will be wearing a black sherwani suit. According to the right-arm medium-fast bowler, both of them met in Dubai a year back and their friendship grew with time.

The Pakistani cricketer has played nine Tests and 53 ODIs for his country picking up 31 and 82 wickets respectively. He was an important member of the Pakistan team which won the Champions Trophy in 2017. But in recent times his form has dipped a lot as he was not a regular in the recently concluded ICC Cricket World Cup. The pacer had a bad tournament and picked up only two wickets at an economy rate of 7.75 from the four matches he played. The last match he played in the quadrennial event against India was the one which Pakistan lost by 89 runs and Hasan finished, with conceding 84 runs and picking up just a single wicket in the nine overs he bowled.