Kings XI Punjab defeated Chennai Super Kings by four runs here on Sunday to end southern outfit's winning run in the Indian Premier League (IPL). Put in to bat, Punjab wasted their solid start but managed to post a challenging total of 197/7. In reply, Chennai batters failed. Apart from Ambati Rayudu (49) and skipper Mahendra Singh Dhoni (79 not out), no other batsmen seemed comfortable in-front of Punjab's bowlers and went cheaply to lose the game. Credit: IANS
2 of 6

Big names like Shane Watson (11), Murali Vijay (12), Sam Billings (9) and Ravindra Jadeja (19) failed to score handsomely in a big run chase. Towards the end, Dhoni tried to pull off the things single-handedly but failed and his 44-ball unbeaten innings went in vain. For Punjab, Andrew Tye scalped two wickets. Credit: IANS
Advertisement1
3 of 6 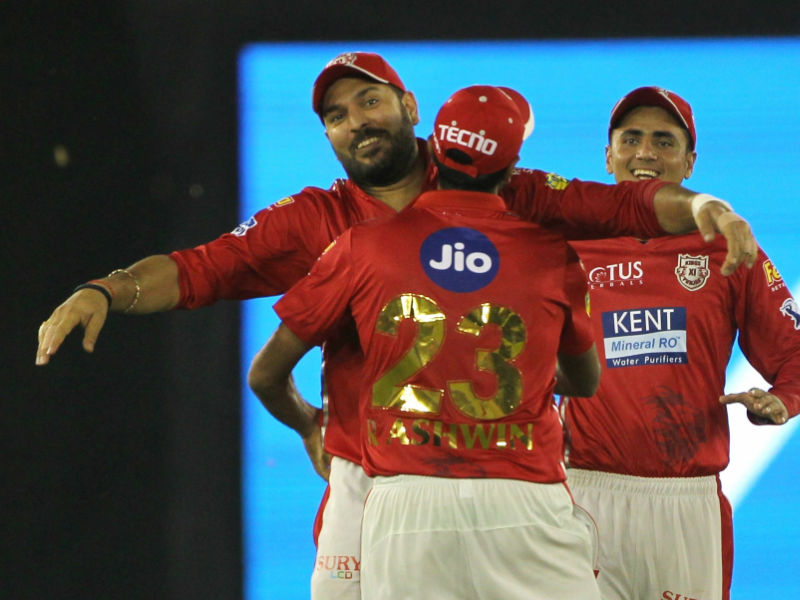 Earlier, Kings XI Punjab failed to make the most of the flying start given by openers Chris Gayle and Lokesh Rahul and settled for 197/7. Rahul (37 runs in 22 balls) and Gayle (63 runs in 33 balls) gave the hosts a rousing start, slamming 96 runs in eight overs. But after their wickets, no other batsman took advantage of it and failed to score runs, thanks to the Chennai bowlers' disciplined bowling. Credit: IANS
4 of 6 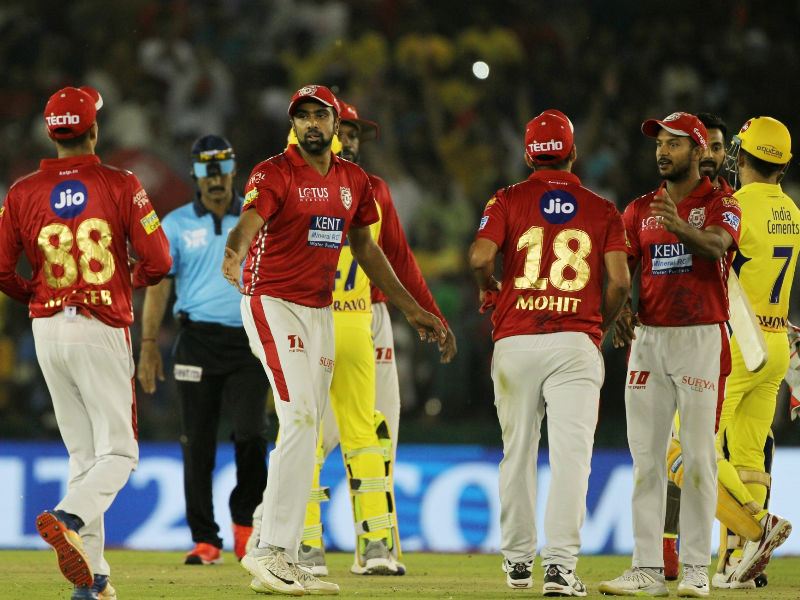 Rahul fell in the eighth over when the scoreboard was reading 96. After adding a few more runs, Gayle also departed, courtesy pacer Shane Watson, in the 12th over. The West Indian batsman slammed seven boundaries and four sixes. Mayank Agarwal (30) and Yuvraj Singh (20), then tried to maintain the pace set by the openers but in the process both departed after a good start. Credit: IANS
5 of 6 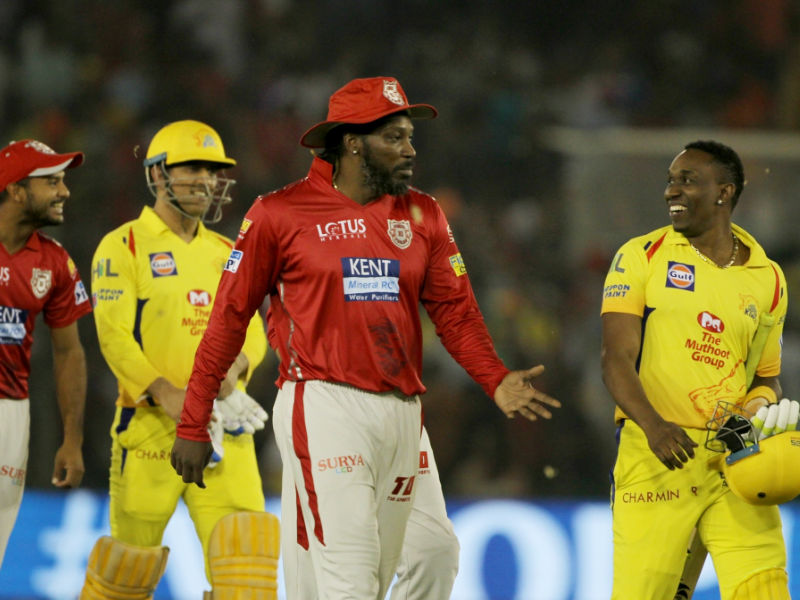 Karun Nair (29) and skipper Ravichandran Ashwin (14) tried to stretch their team's total to the 200-run mark but failed and departed one after the other. For Chennai, Shardul Thakur and Imran Tahir scalped two wickets each. Credit: IANS
6 of 6 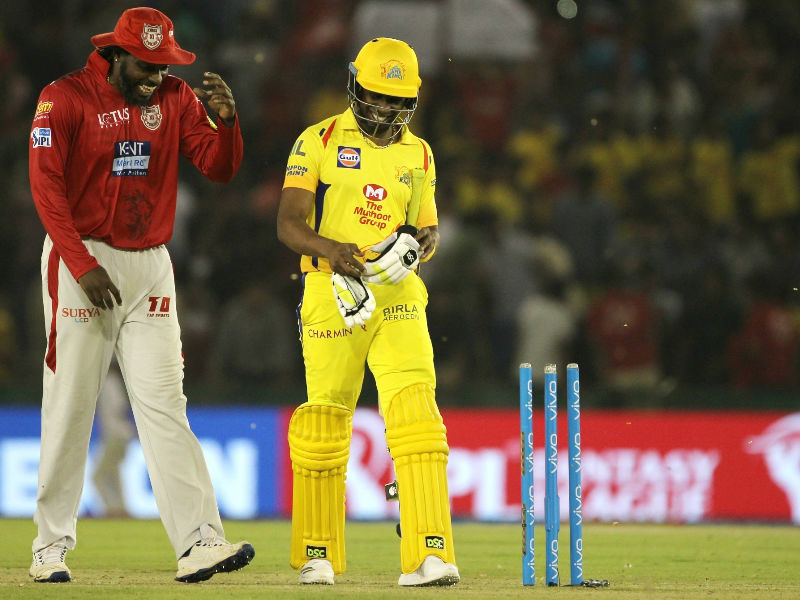