Sunrisers Hyderabad consolidated their stay atop the Indian Premier League (IPL) points table with yet another brilliant defence of a meagre total, that saw them pip struggling Royal Challengers Bangalore (RCB) by five runs here at the Rajiv Gandhi International Stadium on Monday. This was the Orange Army's eighth win from 10 matches and look on course for the play-offs with already 16 points in their kitty. On the other hand, Virat Kohli's sixth-placed RCB virtually find themselves out of the race to the play-offs after succumbing to their seventh loss in 10 outings and are likely to play the party spoilers from here on. Credit: IANS
2 of 5

Parthiv Patel gave RCB a flashy start scoring a 13-ball 20 before skipper Kohli blasted a 30-ball 39 to put the tourists on course for a comfortable win. Kohli started with his trademark cover drive for a boundary before taking left-arm spinner Shakib Al Hasan to the cleaners on three consecutive occasions. Kohli survived a scare from Afghan leg-spinner Rashid Khan when his edge went through Kane Williamson's hands to the boundary but could not ride his luck a second time when Yusuf Pathan pulled off a blinder of a catch at short third man off Shakib. Credit: IANS
Advertisement1
3 of 5 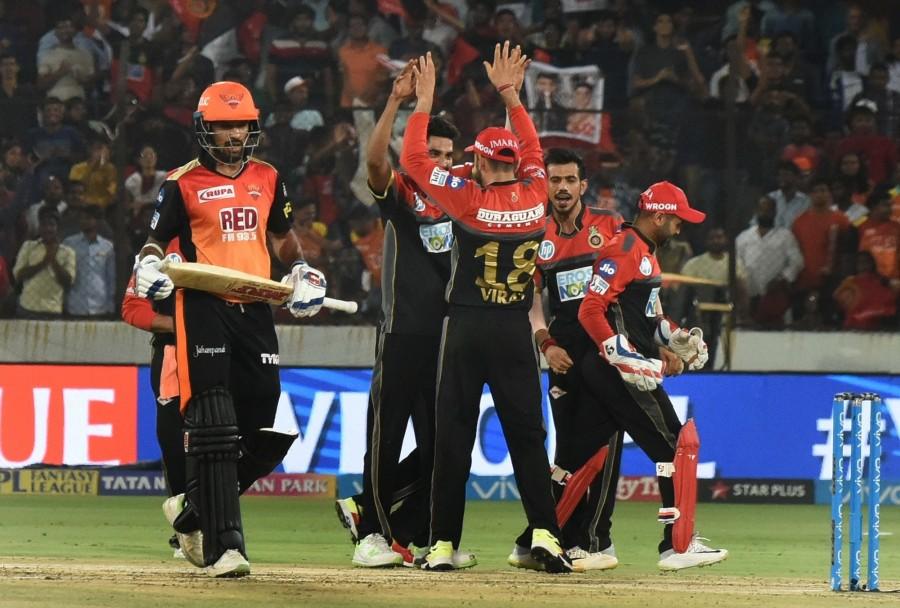 The skipper's wicket followed the quick dismissals of AB de Villiers (5) and debutant Moeen Ali (10) as the tourists started losing the plot. With the asking run-rate climbing and the home bowlers sticking to a perfect line, the last recognised batting duo of Mandeep Singh (21 not out) and Colin de Grandhomme (33) eventually failed to take the visitors home. Earlier, the tourists rode on pace duo of Mohammed Siraj (3/25) and Tim Southee (3/30) and two impressive run-outs by skipper Kohli to restrict the hosts to a a below par 146. Credit: IANS
4 of 5 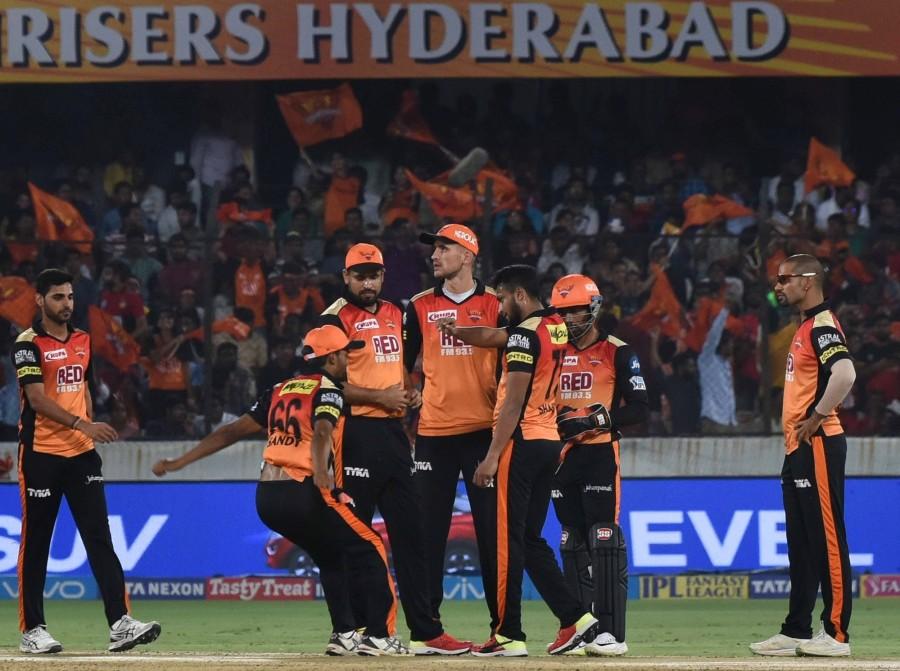 Siraj accounted for the key wickets of opener Shikhar Dhawan (13), Yusuf Pathan (12) and Wriddhiman Saha (8) even as Southee started the proceedings with the wicket of the other opener Alex Hales (5) and came back to remove Shakib (35) and Sandeep Sharma (0), as the home side could manage just 41 runs losing seven wickets in the final five overs. Put in to bat, Hyderabad skipper Kane Williamson (56 off 39 balls) raged a lone battle with a defiant half century, despite losing his partners at regular intervals before Shakib joined him to forge a 64-run partnership for the fourth wicket and take the side past the 100-run mark. Credit: IANS
5 of 5 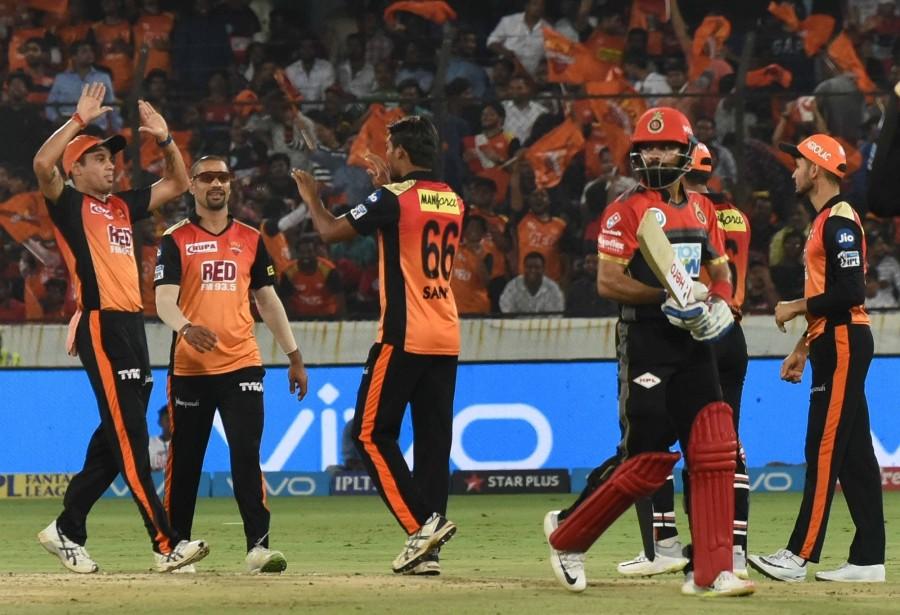