Dominating batting from Shane Watson and skipper Mahendra Singh Dhoni helped Chennai Super Kings (CSK) beat Delhi Daredevils by 13 runs in an Indian Premier League match here on Monday. The win also saw Chennai sitting at the top spot with 12 points in eight matches while Delhi languish at the bottom of the table with four points. After posting 211/4 with opener Shane Watson (78), Dhoni (51 not out) and Ambati Rayudu (41 not out) scoring handsomely, ChennaiA bowlers restricted Delhi to 198/5 in their allotted 20 overs. Credit: IANS
2 of 7

Middle-order batsman Rishabh Pant (79 runs off 45 balls;) and Vijay Shankar (54 not out) were the only players who faced the Chennai bowlers valiantly but their innings went in vain as no other batter rose to the occasion and went back cheaply. Big names Colin Munro (26), skipper Shreyas Iyer (13), who played a huge role in Delhi's last win and Glenn Maxwell (6) failed to score which resulted in their loss. For Chennai, K.M. Asif took two wickets while Lungi Ngidi and Ravindra Jadeja chipped in with one wicket each. Credit: IANS
Advertisement1
3 of 7 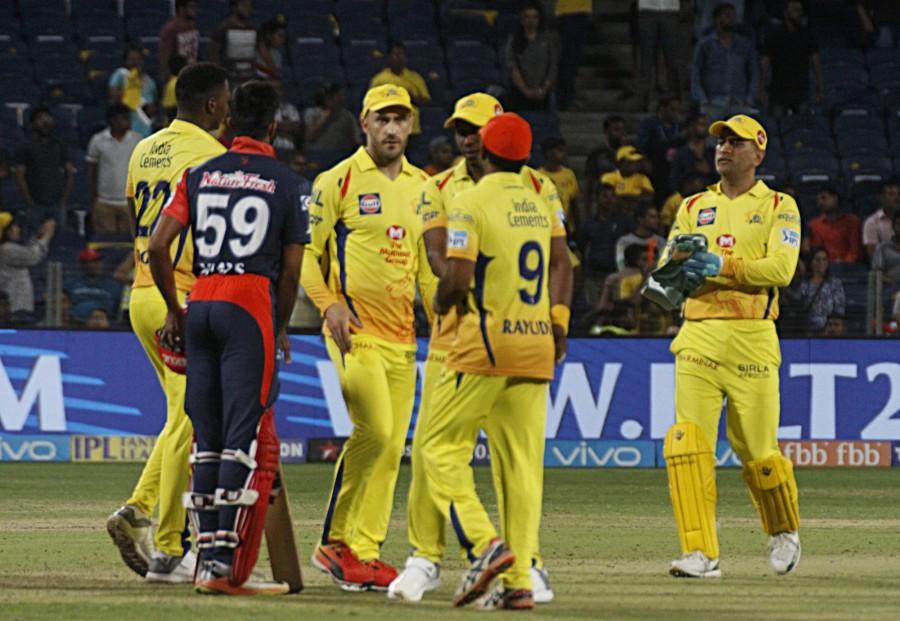 Earlier, openers Watson (78) and Faf du Plessis (33) provided a perfect start before skipper Dhoni and Rayudu (41 not out) finished the proceedings in style to power Chennai Super Kings to an imposing total. Dhoni and Rayudu were at their destructive best as the duo hammered Delhi bowlers towards the end of the innings and accumulated 79 runs in six overs. Chennai got off to a flying start as openers Watson and du Plessis slammed the Delhi bowlers all around the park. The two took Chennai past the 100-run mark in the 11th over. Credit: IANS
4 of 7 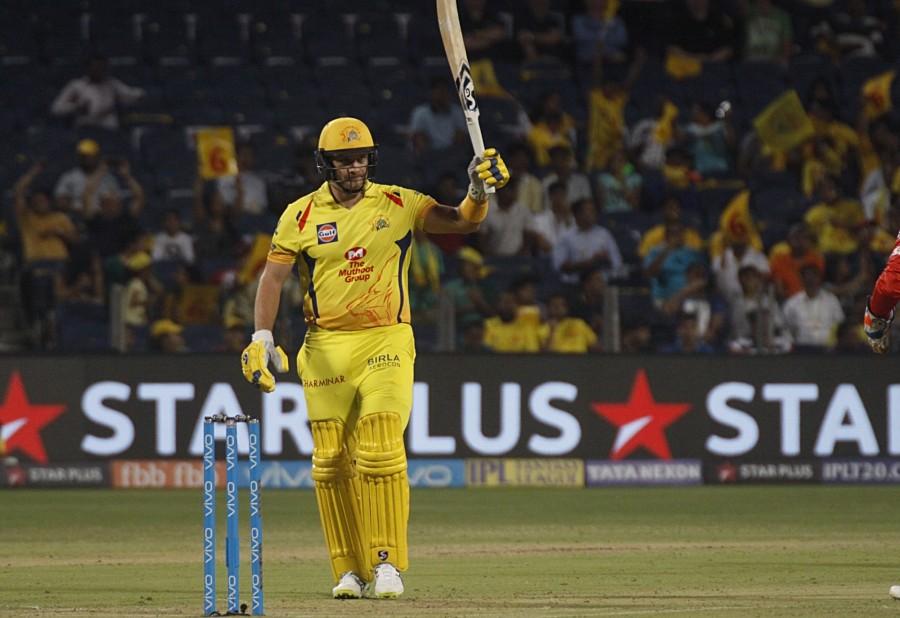 While Watson hammered the bowlers, du Plessis rotated the strike. On occasions, the South African player also went for the big shots. The partnership was broken by medium pacer Vijay Shankar, who got rid of du Plessis in the fifth ball of the 11th over. His 33-ball knock was laced with three boundaries and one six. After two balls, Suresh Raina (1) also departed. The Uttar Pradesh batsman was bowled by off-spinner Maxwell. At that time the scoreboard was reading 103/2. Credit: IANS
5 of 7 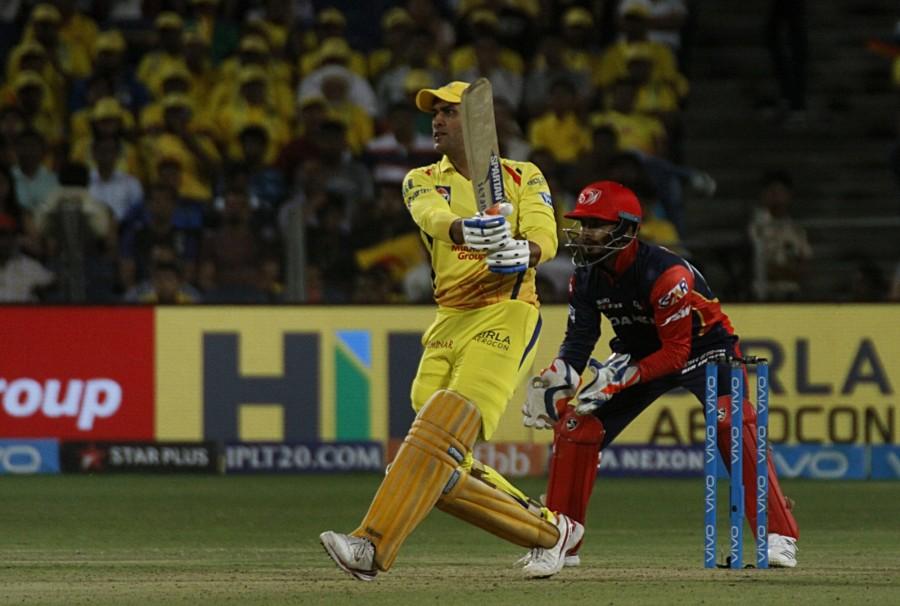 In the 14th over, while trying to pace up the innings, Watson, who was clearing fences at will, mistimed his shot off veteran leg-spinner Amit Mishra and was caught by Liam Plunkett. His 40-ball innings comprised four boundaries and seven sixes. New batsmen Rayudu and Dhoni then launched the counter attack. Rayudu, who was demoted to fourth spot, initially gave the strike to Dhoni and the Ranchi stumper milked the bowlers. Soon Rayudu also joined the party. Credit: IANS
6 of 7 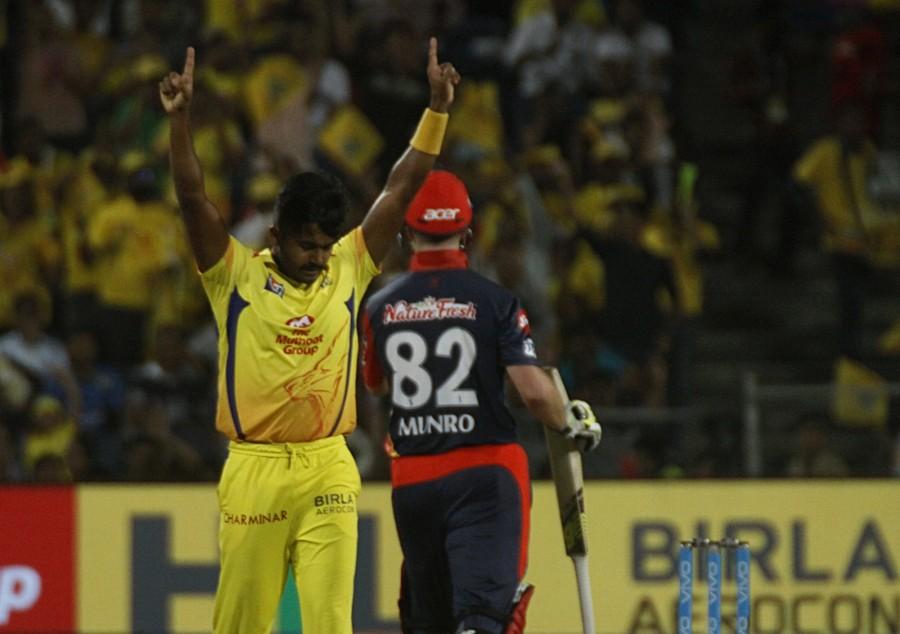 In the 19th over, Delhi got the chance to stop the Dhoni juggernaut as Avesh delivered a short ball and Dhoni pulled it aerially to deep mid-wicket but Munro dropped it. In the same over, Dhoni slammed a 108-metre six, the second longest of this year's tournament. In the last over, Rayudu got run out but Dhoni managed to collect 13 runs. Delhi medium pacers Boult, Shankar and Plunkett proved expensive. Credit: IANS
7 of 7 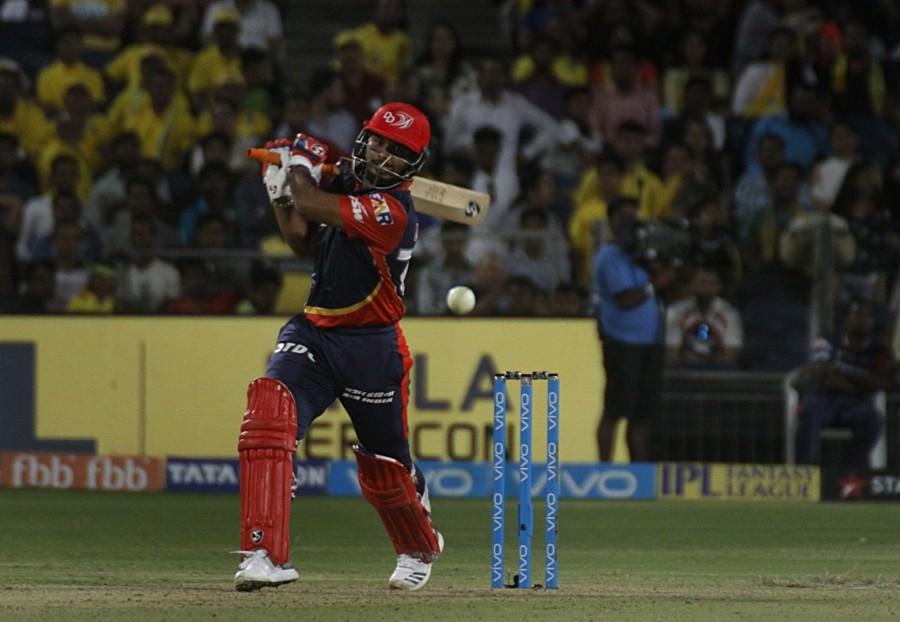