Skipper Virat Kohli's unbeaten 92-run innings went in vain as Royal Challengers Bangalore lost by 46 runs to Mumbai Indians in an Indian Premier League (IPL) match here on Tuesday. This is the first win for Mumbai in this edition of the cash-rich league. Kohli, who opened the innings with Quinton de Kock, remained unbeaten but could not guide his team to victory. In his 62-ball innings Kohli slammed seven boundaries and four sixes. Chasing a mammoth 214, Bangalore started off on a positive note, scoring 40 runs in 4.1 overs but after the fall of de Kock's wicket, the visitors never looked in contention, losing wickets at regular intervals. Credit: IANS
2 of 7

Apart from Kohli, no other batsmen rose to the occasion and went back one after other. Kock's 19-run knock was the second highest among the other batters. For Mumbai, left-arm spinner Krunal Pandya scalped three wickets while Jasprit Bumrah and Mitchell McClenaghan chipped in with two wickets each. Earlier, skipper Rohit Sharma (94) and opener Evin Lewis (65) helped Mumbai Indians to post a mammoth 213/6. Credit: IANS
Advertisement1
3 of 7 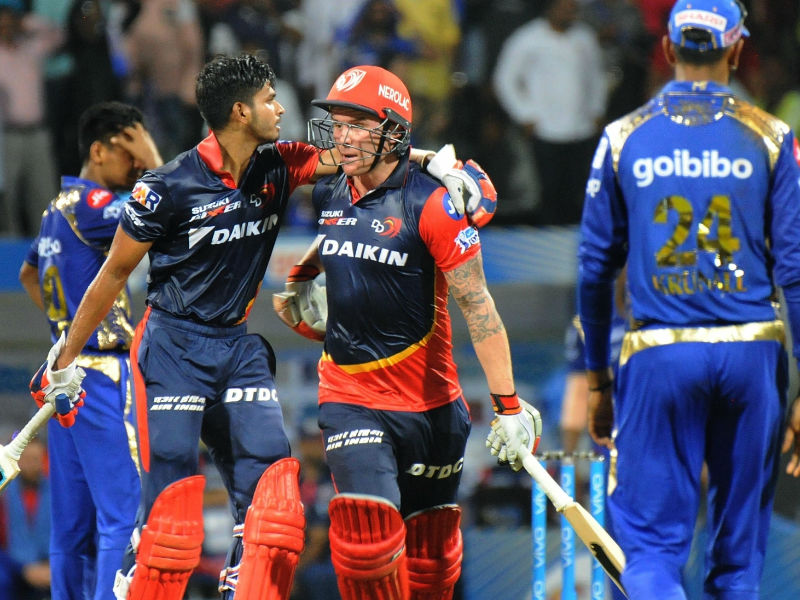 After a disastrous start, Lewis and Rohit played a brilliant innings and forged a 108-run partnership before Lewis was dismissed. Lewis slammed six boundaries and five sixes in his 42-ball innings. Rohit, on the other hand, stayed till the last and made sure his team crossed the 200-run mark before getting out on the penultimate delivery of the innings. Credit: IANS
4 of 7 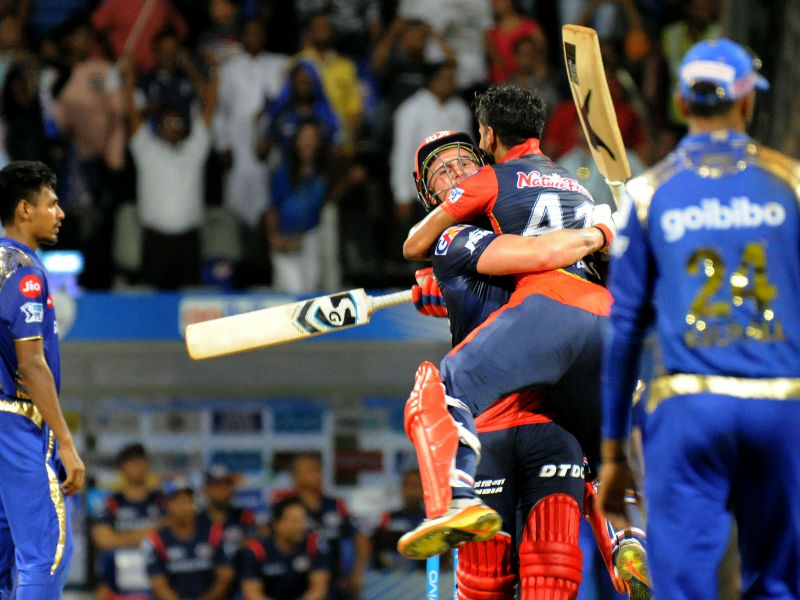 Put in to bat, Mumbai got off to a poor start, losing opener Suryakumar Yadav (0) and Ishan Kishan (0) in the opening two balls of the first over. The fall of the wickets brought in Rohit, who along with Lewis played sensibly and slammed the bowlers all around the park before Lewis got out. Rohit slammed 10 boundaries and five sixes in his 52-ball innings. Credit: IANS
5 of 7 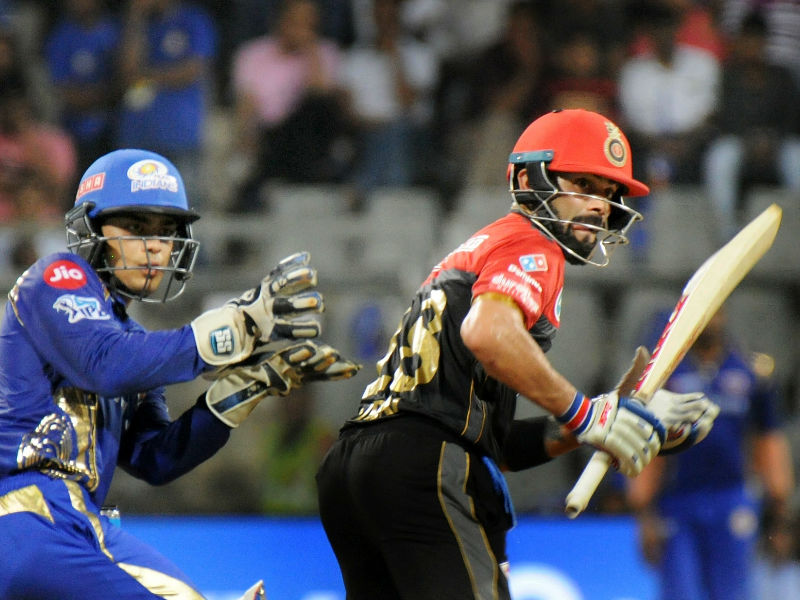 After the fall of Lewis' wicket in the 12th over by Corey Anderson, Krunal Pandya (15) also tried to maintain the same pace but failed and got run out in the 16th over. Kieron Pollard then joined Rohit in the middle and let the in-form Rohit have most of the strike. Taking full advantage, the skipper paced up the innings through some beautifully crafted shots. In the process Pollard was dismissed by pacer Chris Woakes. Soon, Rohit also got out on the penultimate ball of the innings. Credit: IANS
6 of 7 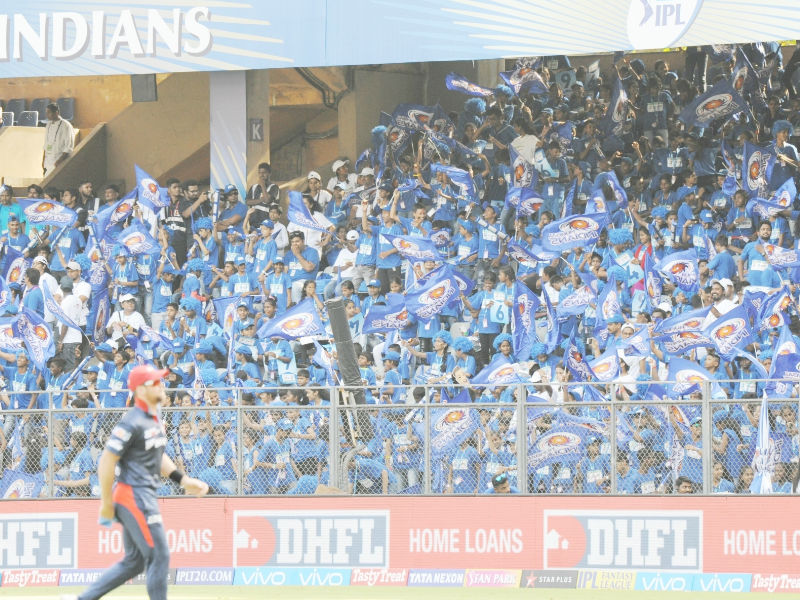 Hardik Pandya (17 not out) and Mitchell McClenaghan (0) then completed the proceedings. For Bangalore, Umesh Yadav and Anderson scalped two wickets each. Credit: IANS
7 of 7 Our bond is beyond the game and will always be: Virat Kohli on ABD's retirement