Rising Pune Supergiant rode on fine half-centuries from Manoj Tiwary and Ajinkya Rahane and impressive off-spin bowling from teenager Washington Sundar (3/16) to defeat Mumbai Indians by 20 runs in the first qualifier and enter the final of the Indian Premier League (IPL) here on Tuesday. Tiwary (58), Rahane (56) and Mahendra Singh Dhoni (40 not out off 26) helped Pune post 162/4 in 20 overs. Sundar, 17, then ran through the Mumbai top-order as the hosts could only score 142/9 at the Wankhede Stadium. Medium pacer Shardul Thakur (3/37) created problems for Mumbai at the death overs. Having finished the league stage in the top position, Mumbai on Friday will have another chance to enter the final as they will face the winner of the Eliminator match between Kolkata Knight Riders and defending champions Sunrisers Hyderabad -- who face-off on Wednesday. Credit: IANS
2 of 5

Two-time champions Mumbai are too good a side to flounder the way they did against Pune. After asking Pune to bat, Mumbai had a near-perfect start, removing in-form Rahul Tripathi (0) and captain Steve Smith (1) in the opening two overs. New Zealand pacer Mitchell McClenaghan drew first blood for the hosts, cleaning up Tripathi for his first duck of the IPL, on the last ball of the opening over before a leading edge off Sri Lankan Lasith Malinga got skipper Smith walking, with Pune at 9/2. With the visitors in desperate need of a partnership, Rahane and Manoj did the job for them, helping the odd ball to the boundary as Mumbai maintained a perfect line and length. The right-handed pair went on to add 50 runs off 44 deliveries with Manoj playing the perfect second fiddle to the local boy Rahane, who got to his half-century off 39 balls. Just when things began to fall in order for Pune, leg-spinner Karn Sharma jolted the visitors, by trapping Rahane, who by now had helped the ball to the boundary on five occasions and once over it. Credit: IANS
Advertisement1
3 of 5 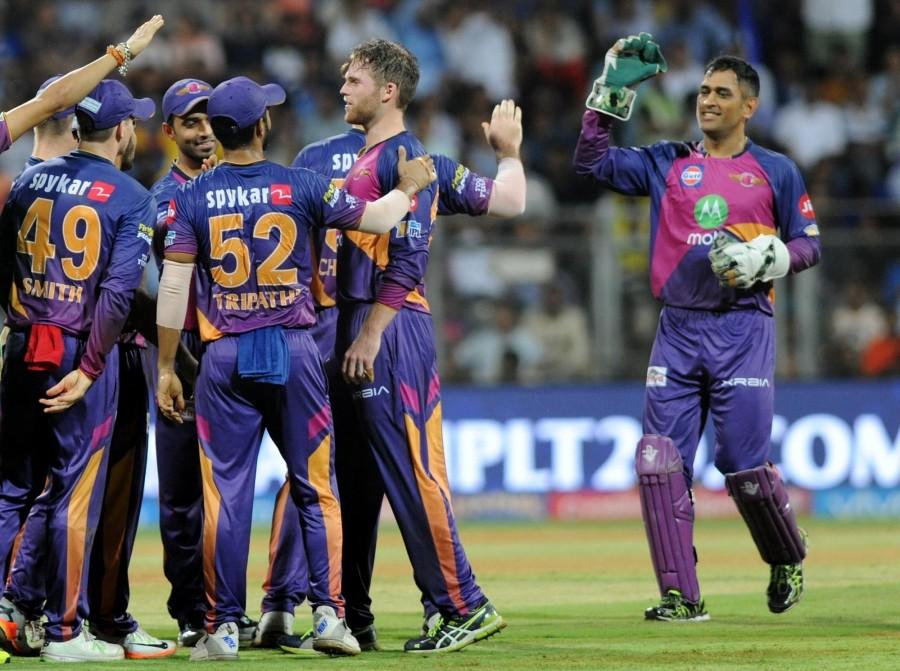 The fall of Rahane brought in Dhoni who, along with Manoj, played out five overs inconsequentially before the Bengal batsman took the attack to the opposition. Continuing his fine run with the willow, Manoj first slogged at a good length ball off McCleneghan to get to his half-century off 45 deliveries before taking the bowler to the cleaners. Dhoni too joined the party, clearing the Kiwi twice in the penultimate over. Mumbai skipper Rohit Sharma threw the ball to his death-over specialist Jasprit Bumrah for the final over, but with Dhoni at his attacking best, young Bumrah was clobbered twice out of the park as the final two overs yielded 41 runs for Pune, who managed to post 162/4. Credit: IANS
4 of 5 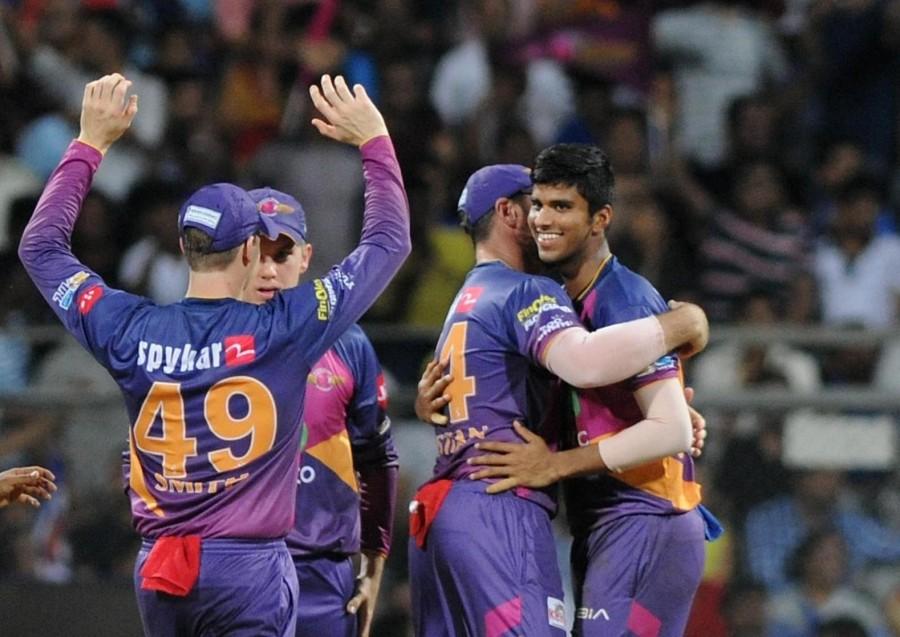 During the chase, opening batsman Parthiv Patel (52 off 40) held one fort as he executed his strokes perfectly from the start. However, Lendl Simmons's wicket opened the floodgates for Mumbai. Patel's straight drive off a slower delivery from medium pacer Shardul Thakur was finger-tipped by the bowler before the ball hit the stumps as Simmons was found to be short at the non-striker's end, with Mumbai at 35/1 in 4.3 overs. After the wicket, Sundar then had his impressive bowling spell. Rohit Sharma (1) was adjudged lbw as he went for the sweep shot and missed the ball which hit the pad, while Ambati Rayudu (0) pulled straight into the hands of Steven Smith at short midwicket. Smith got hold of another catch at the same position to send back Kieran Pollard (7) as Pune had Mumbai on the mat, with the scoreboard reading 51/4 in eight overs. Credit: IANS
5 of 5 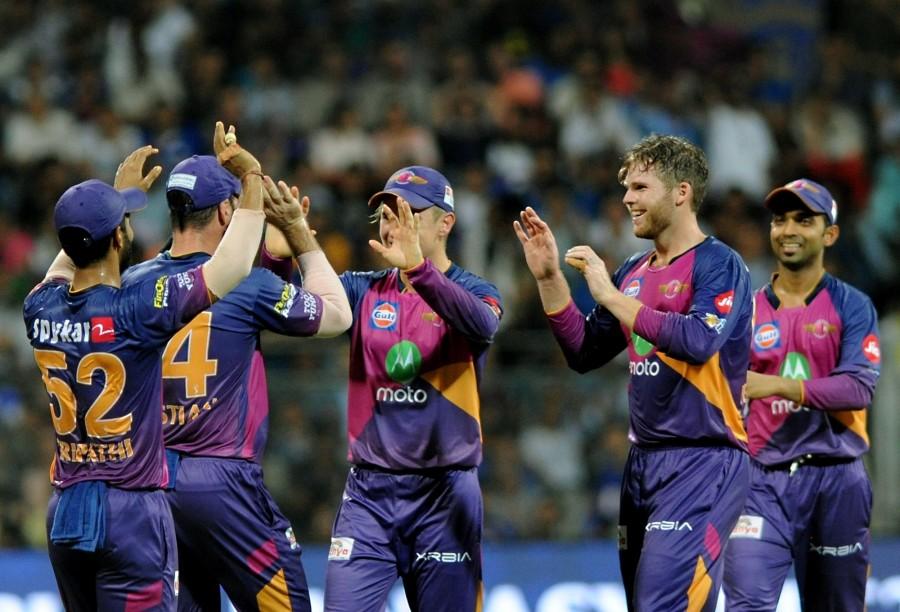 Parthiv, who was playing well, was then joined by Hardik Pandya (14) but the pair could only forge a 24-run stand for the fifth wicket as the latter hit a ball from medium pacer Lockie Ferguson straight into the hands of Daniel Christian at long-on, with Mumbai at 75/5 in 11.1 overs. With Mumbai still behind the target by 88 runs, it was a huge task for the hosts. Under the pressure of mounting required run-rate, Hardik Pandya (15) and Parthiv fell in the 15th over bowled by Thakur. With Mumbai needing 60 runs off five overs, the task proved too much for the lower-order batsmen. Credit: IANS
Advertisement
Related Articles

IPL 2022: CSK vs GT live-stream, squad, timings and everything you need to know about today's match