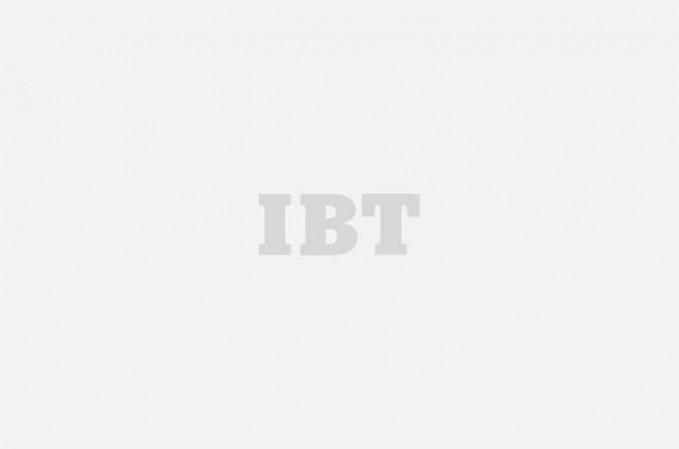 India bowl out England for 246 India dominated the opening day of the fourth Test match as the visitors first bowled out England just a few overs before stumps and then scored 19/0 at the Rose Bowl Cricket Ground here on Thursday. With India trailing by 227 runs, openers Lokesh Rahul (11) and Shikhar Dhawan (3) remained unbeaten. The day started with Indian pacers wrecking England's top order, taking four quick wickets to reduce the hosts to 57/4 at lunch. Jasprit Bumrah (2/21), Ishant Sharma (1/7) and Hardik Pandya (1/16) were among the wickets even as Mohammed Shami, coming in as the second change bowler, constantly kept asking questions to the vulnerable English pair. Credit: Twitter/BCCI
2 of 5

4th Test: Curran fights but India bowl out England for 246 Electing to bat on a track with a tinge of live grass, England's opening woes continued to haunt them as Keaton Jennings was trapped plumb in front by an excellent incoming delivery from Bumrah, for a duck in the third over of the innings. One over later, Bumrah almost sent packing English skipper Joe Root (4) when he was on two, before the Decision Review System (DRS) came to the latter's rescue. Root was trapped plumb in front but television replays showed the bowler had overstepped. The England captain, however, failed to take advantage of the reprieve as Ishant swung it big into the England captain to trap him lbw. Credit: Twitter/BCCI
Advertisement1
3 of 5 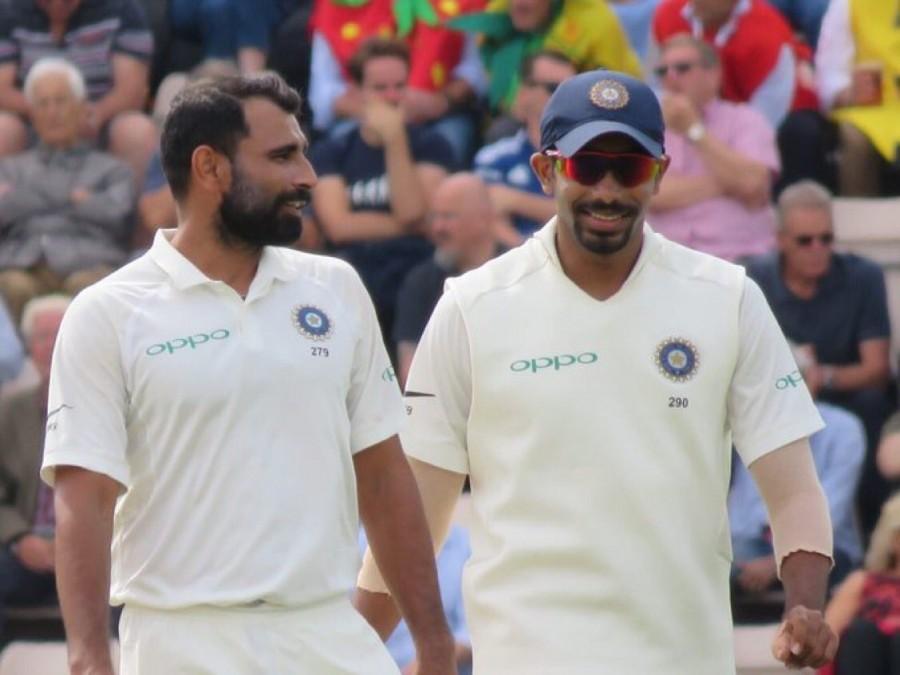 Jasprit Bumrah hails Sam Curran after visitors squander strong position Reduced to 15/2, England's hopes were pinned on former skipper Alastair Cook (17) and Jonny Bairstow (6), playing as a specialist batsman after injuring his finger. But Bumrah scuttled such ambitions by scalping Bairstow, caught behind by Rishabh Pant in the 13th over before first-change bowler Hardik ended Cook's 55-ball resistance, thanks to a brilliant low catch at the third slip by Virat Kohli. India could have had Buttler too, but Pant missed a tough one. Together with Stokes, Buttler managed to see off the initial scare from the Indian pace attack before heading for lunch undivided. The second session saw Indian pacers continue their domination, taking two more wickets in the second session to reduce England to 139-6. Credit: Twitter/BCCI
4 of 5 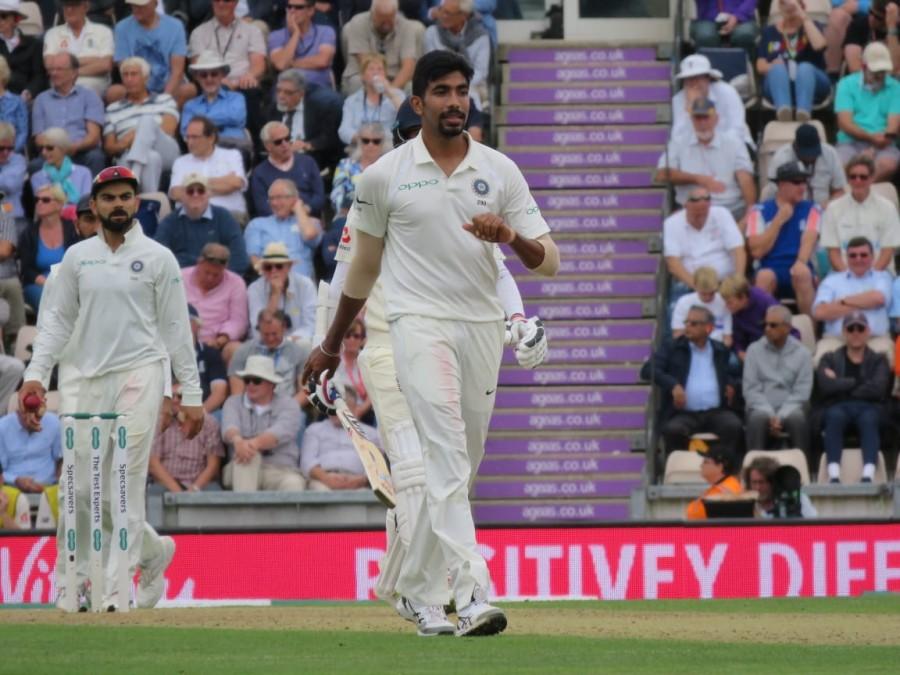 Indian pacers dismiss England for 246 on day 1 Resuming the post-lunch session at 57/4, Stokes and Buttler played out the initial few overs cautiously before Buttler started opening up only to bring his downfall, caught by Virat Kohli off Shami. Reduced to 86/6, the left-handed pair of Moeen and Sam steered the ship to safety, as they played the Indian pacers with extreme caution and did not allow premier off-spinner Ravichandran Ashwin to dominate. The final session saw Moeen and Curran stabilising the hosts innings, forging a crucial 81-run partnership. After Moeen's wicket no other batter supported Curran, and as a result the hosts were bundled out for 246 just before the end of play. For India, Jasprit Bumrah took three wickets while Ishant Sharma, Mohammad Shami and Ravichandran Ashwin took two wickets each. Credit: Twitter/BCCI
5 of 5 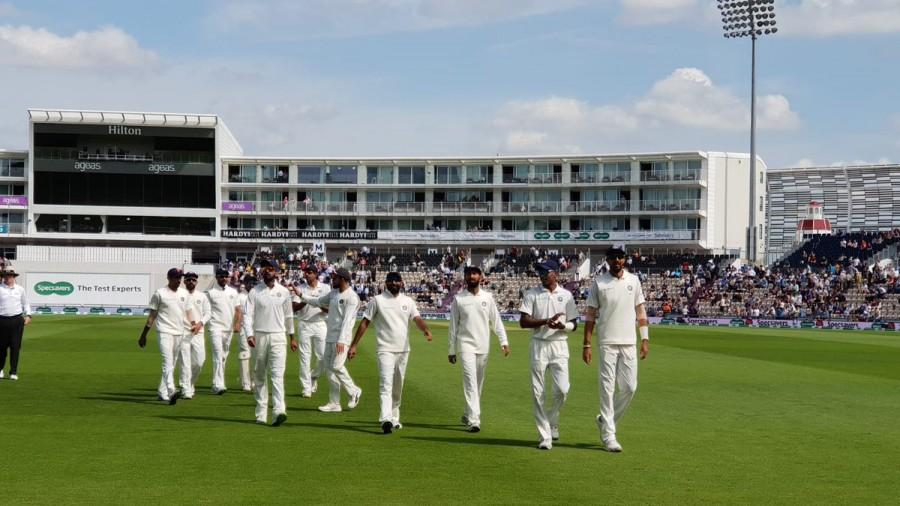 IPL 2022: Virat Kohli back in form, takes Bangalore to fourth place with 8-wicket win over Gujarat