Rohit Sharma struck a century as India beat Australia by seven wickets in the fifth and final One-Day International (ODI) at the Vidarbha Cricket Association Ground here on Sunday to end the five-match series on a winning note. India thus won the series 4-1. The victory also helped India regain the top spot in the ODI rankings, pushing South Africa to the second spot. Australia remain third. Chasing a modest target of 243 runs, India crossed the line with 43 balls still to go. Credit: IANS
2 of 5

Sharma and fellow opener Ajinkya Rahane put on a 124-run partnership in 22.3 overs which virtually sealed the match in India's favour. Sharma plundered 125 runs off 109 balls with his innings featuring 11 impressive boundaries and five hits over the fence. This was his 14th century in the 50-over format. Sharma became the fastest Indian to reach the 2,000-run milestone in ODI cricket at home. He surpassed former India captain Sourav Ganguly and present incumbent Virat Kohli to the top spot. Credit: IANS
Advertisement1
3 of 5 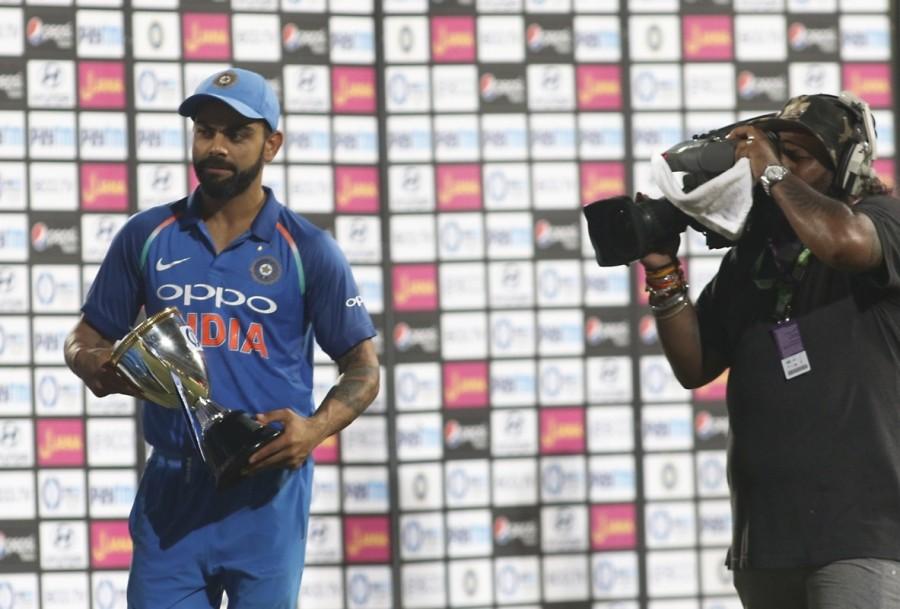 The right-hander from Mumbai achieved the feat in 42 innings while Ganguly took 45 and Kohli needed 46. Rahane, who has also been in good form in this series, played a steady knock of 61 runs off 74 balls which included seven boundaries. Fast bowler Nathan Coulter-Nile finally broke the partnership when he trapped Rahane leg-before. Kohli then joined Sharma in the middle and the duo proceeded to take the hosts slowly but surely towards victory, adding 99 runs between them off 16.4 overs. Credit: IANS
4 of 5 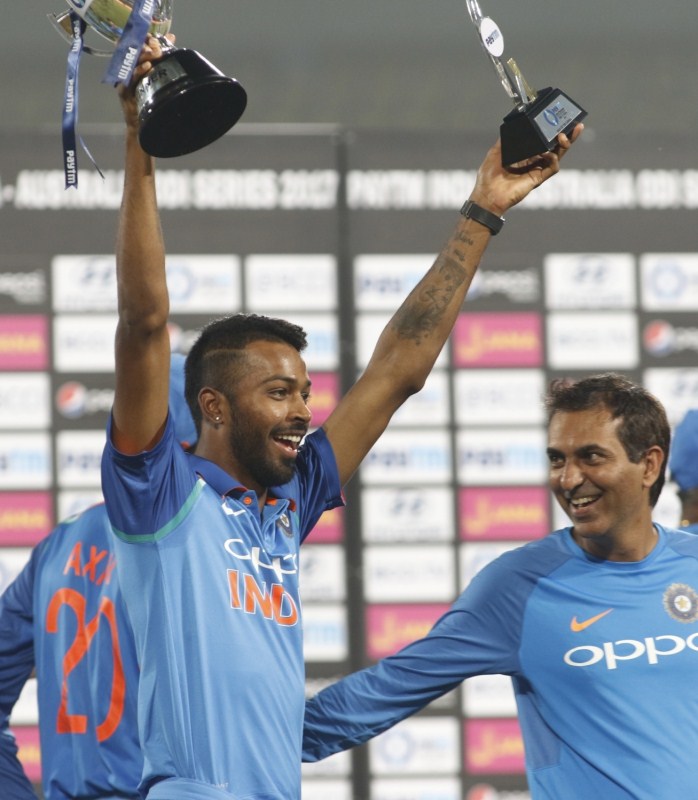 Sharma brought up his century in style, smashing Coulter-Nile for a six over mid-wicket. He continued to torment the Australian bowlers before falling to leg-spinner Adam Zampa while trying to go over the top. Kohli, who was cruising along with 39 runs off 55 deliveries, fell just three balls later when a mistimed drive into the hands of Marcus Stoinis at long off handed Zampa his second wicket of the match. Credit: IANS
5 of 5 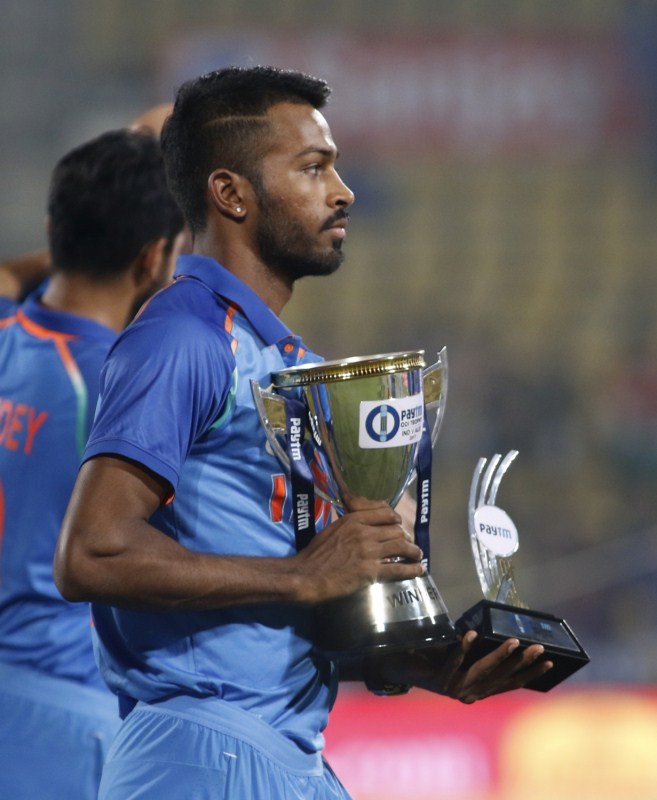