Disciplined bowling from Jasprit Bumrah, Pandya and Kuldeep Yadav helped India defeat Sri Lanka by 168 runs at R. Premadasa Stadium here on Friday to go 4-0 up in their five-match One-Day International (ODI) cricket series. Bumrah, Pandya and Yadav picked up two wickets each. The hosts lost wickets at regular intervals to be bundled out for 207 runs in 42.4 overs in reply to the visitors' 375 runs. Medium-pacer Shardul Thakur had a promising ODI debut for India picking up the wicket of Sri Lankan top order batsman Niroshan Dickwella. Chasing a mammoth target of 376 runs, the hosts were off to a horrible start and were reduced to 68/4 in 16 overs. Angelo Mathews (70) played a vital knock along with Milinda Siriwardana (39) to put up a 73-run stand before the latter was removed by Pandya. Credit: IANS
2 of 5

Sri Lankan top order batsmen Niroshan Dickwella (14), Dilshan Munaweera (11), Kusal Mendis (1) and Lahiru Thirimanne (18) were sent packing by Indian bowlers within 16 overs of the inning. Later Mathews and Siriwardana tried to bring the hosts back on track, but failed to keep going. Mathews' 80-ball innings was laced with 10 boundaries, while Siriwardana hit three fours and one six. In the end, Akila Dananjaya (11), Akila Dananjaya (3), Vishwa Fernando (5), Lasith Malinga (0) all fell in quick succession as India maintained their winning streak. Earlier, India rode on centuries by skipper Virat Kohli and opener Rohit Sharma to post 375/5 in their 50 overs. Electing to bat first, India lost opener Shikhar Dhawan in the second over before Kohli (131) and Rohit (104) came together to post a 219-run second-wicket partnership. Credit: IANS
Advertisement1
3 of 5 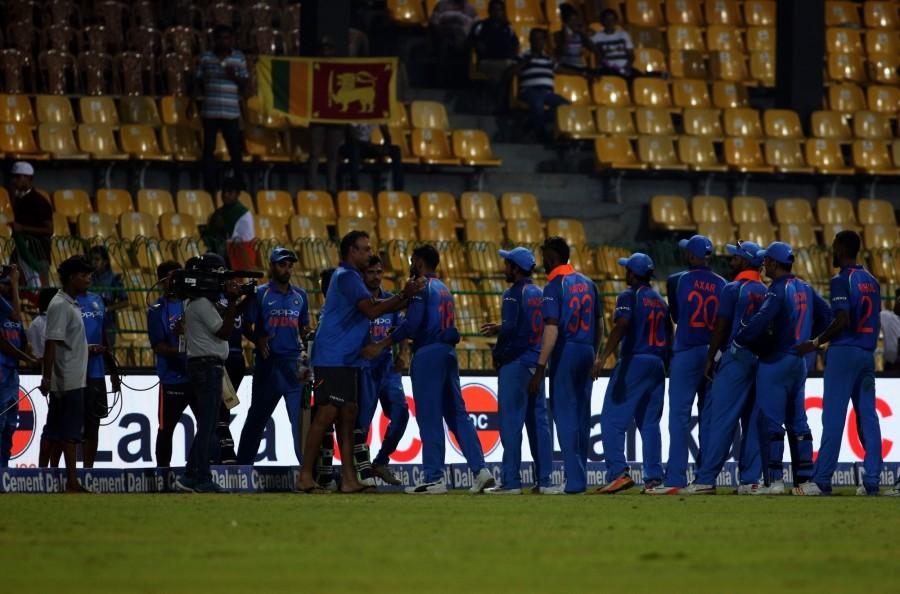 It was a good day for Indian batsmen as Kohli returned to form, ending a series of poor scores over the last few matches. The Indian skipper blasted the Sri Lankan bowlers and opener Rohit supported him well. Both treated the balls on merit and punished the bad deliveries. At one point, the Sri Lankan players seemed helpless as Kohli and Rohit started belting the bowlers. But after scoring around 200 runs in 25 overs with nine wickets in hands, India appeared to have lost the plot as three wickets tumbled quickly. Then Mahendra Singh Dhoni (49 not out) and Manish Pandey (50 not out) got together and added crucial runs to post a challenging total for India. On the other hand, the hosts struggled despite taking an early wicket in the second over. Winning the toss, India elected to bat but Shikhar Dhawan (4), who was in prime form throughout the tour went back early with just six runs on the board. Credit: IANS
4 of 5 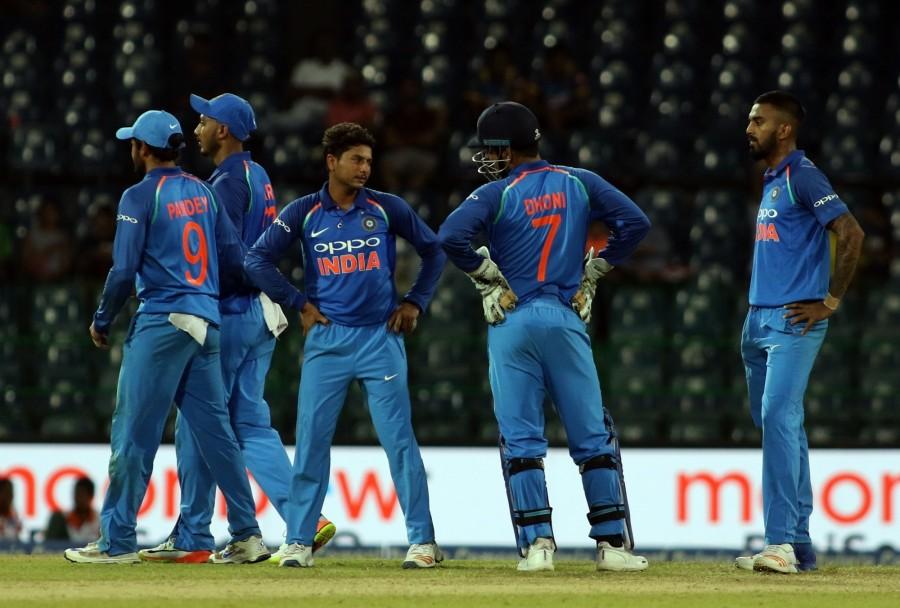 Kohli then joined Rohit and the duo proceeded to put together a crucial partnership. Kohli completed his century in a blistering 96-ball knock, but was dismissed by pacer Lasith Malinga in the 30th over. Kohli's innings was laced with 17 boundaries and two sixes. Unperturbed by Kohli's exit, Rohit continued the pace of the innings along with Hardik Pandya (19), who was promoted up the order. But soon, while trying to hit the boundaries, the duo fell in the 35th over to Angelo Mathews with scoreboard reading 262/4. The fall of wickets brought in Lokesh Rahul (7) and Pandey, who tried to steady the innings, but Rahul was sent packing in the 38th over by Akila Dananjaya. Credit: IANS
5 of 5 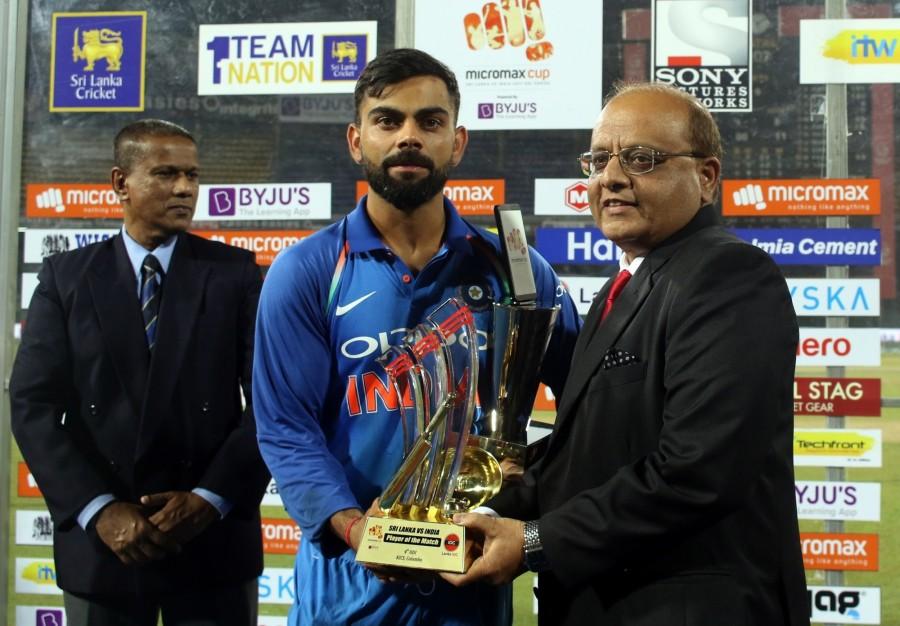 Dhoni, playing his 300th match, then came in the middle and with Pandey sensibly steadied the innings. First, the duo helped India to cross 350-run mark and then shifted gears in the last few overs to finish the proceedings in style. Dhoni slammed five boundaries and one six while Pandey hit five boundaries. For Sri Lanka, Angelo Mathews was the most successful among the bowlers, scalping two wickets. Credit: IANS
Advertisement
Related Articles