England beat India by innings & 159 run at Lord's England bowled out India for 130 runs in the second innings to win the second Test by an innings and 159 runs on the fourth day of the play here on Sunday. With the win, England took a 2-0 lead in the five-match series. Having conceded the first-innings lead by 289 runs, India's batting line-up could notch up only 130 runs in their second innings here to add to their first innings total of 107. Seamers Stuart Broad and James Anderson took four wickets each, while fellow seamer and Man of the Match Chris Woakes picked up two. The fourth day started with England declaring their first innings at 396/7, taking a lead of 289 runs. Woakes (137) remained unbeaten. Credit: Twitter/englandcricket
2 of 4

India vs England 2nd Test: England beat India by an innings and 159 run at Lord's Resuming the fourth day at 357/6, England added 39 runs to their overnight score with Woakes scoring 137 in 177 balls, which includes 21 boundaries. England lost the lone wicket of Sam Curran (40) on Sunday. Coming to bat in the second innings, India got off to a disastrous start as the visitors were 17/2 at lunch, trailing by 272 runs. Cheteshwar Pujara (5) and Ajinkya Rahane (1) were at the crease when sky opened up which forced umpires to call for the break early. After hosts batsmen applied themselves brilliantly, bowlers did a superb job and put pressure on Indian batsmen right from the start. Opener Murali Vijay (0) was the first one to go. He was caught behind off pacer James Anderson in the third over. Credit: Twitter/englandcricket
Advertisement1
3 of 4 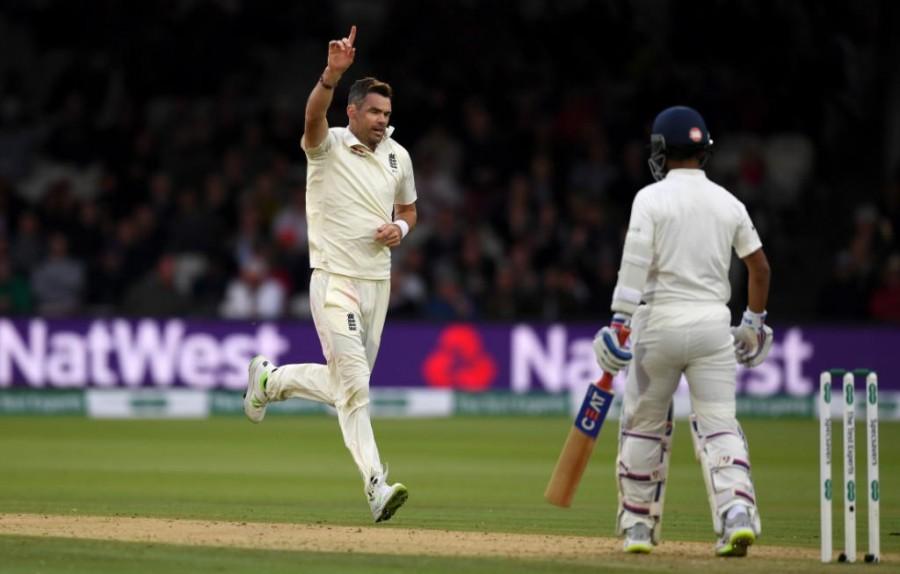 England beat India by an innings and 159 runs in 2nd Test Lokesh Rahul (10) and Pujara then tried to repair the damage work but Anderson once again struck to dismiss Rahul. He was adjudged leg before wicket in the seventh over. Rahane and Pujara then played sensibly and did not lose their wickets till the end of the first session. The second session saw the same struggle as England pacer Stuart Broad took all the four wickets in the session to push India on the verge of defeat in the second Test, with the tourists reaching 66/6 at tea. Broad's fiery spell swept aside India's batting spine, with Ajinkya Rahane (13), Cheteshwar Pujara (17), Virat Kohli (17) and Dinesh Karthik (0) falling to the right-armer, leaving the visitors trailing by 223 runs. The Indian batsmen have struggled throughout the session, being bowled out for a paltry 107 in the first innings. Resuming the second session at 17/2, Rahane was the first to go. The right-hander from Mumbai chased a wide delivery outside the off-stump only to edge it to Keaton Jennings at third slip. Credit: Twitter/englandcricket
4 of 4 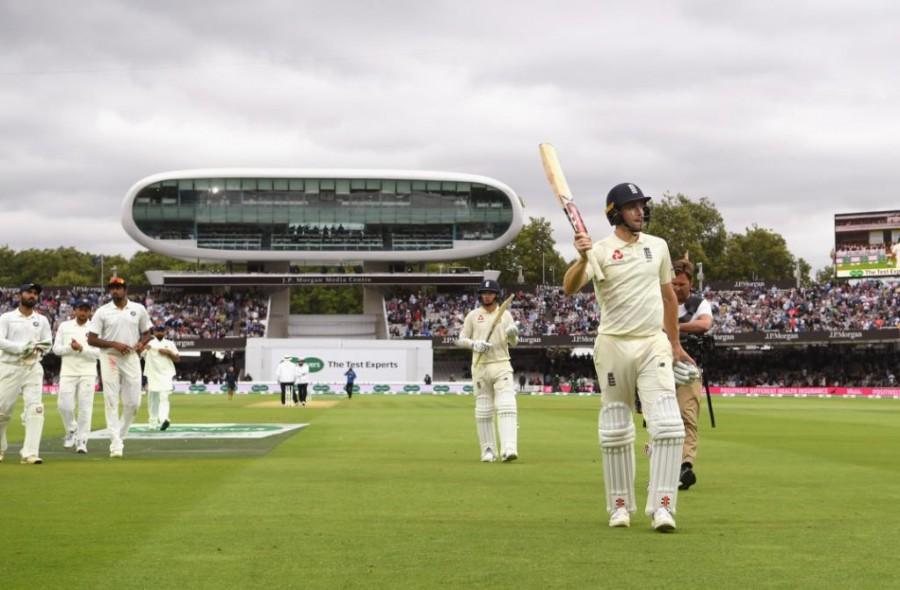 IPL 2022: GT vs RCB live-stream, squad, timings and everything you need to know about today's match

"Pull out of IPL, if all you care" - Ravi Shastri gives advice to struggling Virat Kohli over his poor form

IPL 2022: RCB vs RR live-stream, squad, timings and everything you need to know about opening match
Advertisement
Latest Gallery