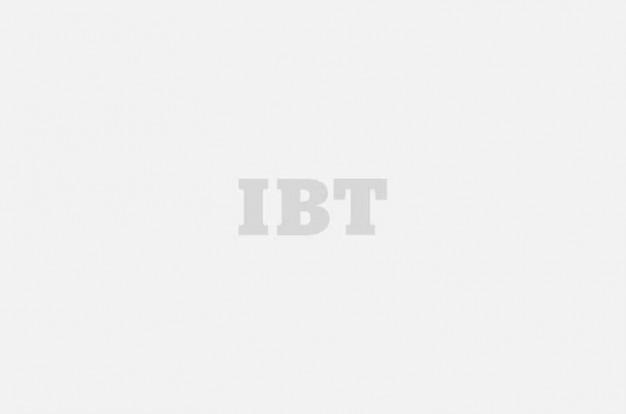 Ayushmann Khurrana took to Twitter to share, "Watched #InsignificantMan last night. A great insight of the delhi elections of 2013. It isnt easy to be apolitical when you're working in close quarters of a certain party. Kudos to Anand Gandhi and team for this real political thriller."
2 of 7 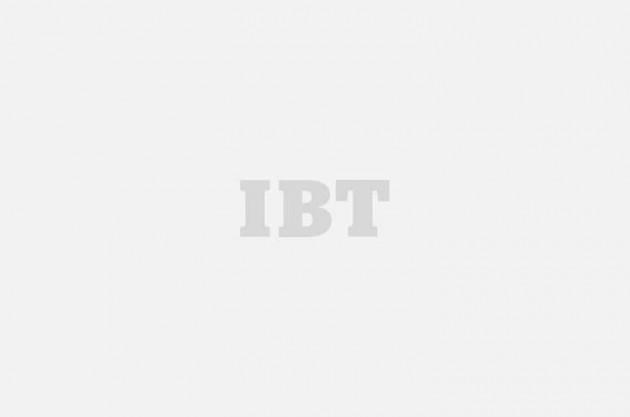 Harshvardhan Kapoor said," Having seen #AnInsignificantMan I can say it's something you should all look forward to. Kudos and all the best @Memewala" He further added, "Anything that comes out that you guys are associates with is always world class ... waiting for the day you direct me!"
Advertisement1
3 of 7 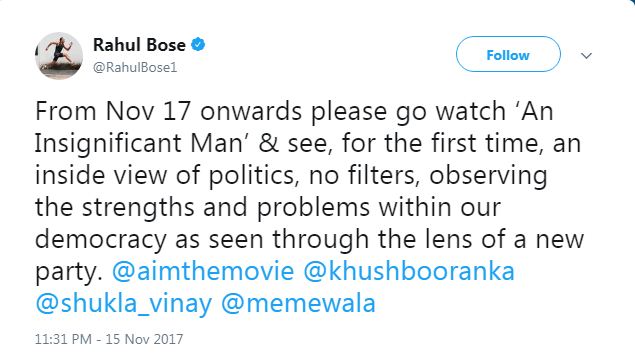 Rahul Bose shared saying, "From Nov 17 onwards please go watch ‘An Insignificant Man’ & see, for the first time, an inside view of politics, no filters, observing the strengths and problems within our democracy as seen through the lens of a new party. @aimthemovie @khushbooranka @shukla_vinay @memewala".
6 of 7

Tanmay Bhatt said, "Next on the list is @aimthemovie - which is honestly good enough to watch once again. Irrespective of your political leanings, it’s really worth a watch."
7 of 7 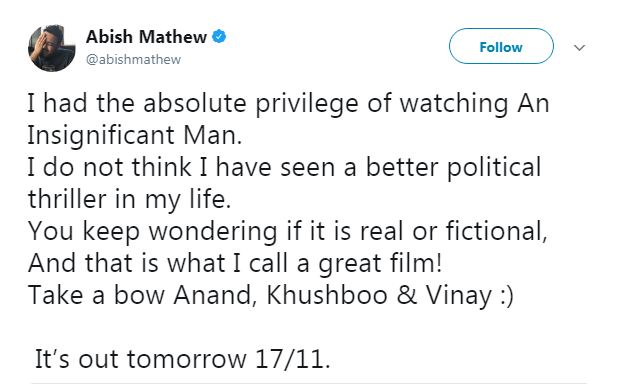 Abish Matthew said, "I had the absolute privilege of watching An Insignificant Man. I do not think I have seen a better political thriller in my life. You keep wondering if it is real or fictional, And that is what I call a great film! Take a bow Anand, Khushboo & Vinay :) It’s out tomorrow 17/11."
Advertisement
Related Articles