Here are the most important prayers to be performed on the night preceding Eid al-Fitr, which is likely to fall on Friday or Saturday. Ramadan is nearing its end, with only a handful of days left for fasting. Eid al-Fitr is likely to be celebrated on Friday or Saturday, depending on the sighting of the new moon in different parts of the country.

There is a high significance of the last ten days and nights of Ramadan and one of the nights is said to be "Laylat al-Qadr," also known as the "Night of Power" or "Night of Decree." Besides this important event in the Islamic history, there's another event that holds a high place among Muslims, which is called "Laylatul Jaiza."

"Laylatul Jaiza" translates to the "Night of Rewards." Unlike "Laylat al-Qadr," which could be one of last ten nights of Ramadan, "Laylatul Jaiza" is the night before Eid al-Fitr and it is deemed extremely important.

About the "Laylatul Jaiza", the Messenger of Allah (Peace Be Upon Him) is reported to have said:

"Whoever stands up (in worship) in the nights preceding the two Eids expecting rewards from his Lord, his heart will not die when the other hearts will die". (Ibn Majah) 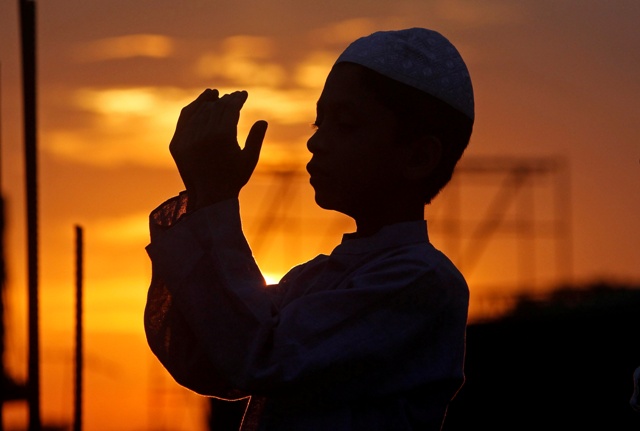 A boy offers evening prayers at a mosque during the holy of Ramadan in Agartala, India.Reuters

It is this night, which is reported to have guaranteed acceptance of invocations (or du'as) by Allah, and Muslims seeking material and spiritual needs must take full advantage of it. There are several hadiths, sayings narrated by Prophet Mohammed (PBUH) and his followers citing the Messenger (PBUH), stressing upon the importance of "Laylatul Jaiza."

The nights preceding both Eids, Eid al-Fitr and Eid al-Adha (Bakrid) are declared as "Laylatul Jaiza."

While it is natural to be occupied by the preparations for Eid on its preceding night, prayers of any kind seeking forgiveness from Allah for the sins of a lifetime are deemed highly honourable. There is no specific prayer one must engage in during "Laylatul Jaiza," but Muslims can engage in Salaah (namaz), dhikr, reciting Quran and other prayers.

It is reported that the Prophet (PBUH) would not sleep in the night preceding the day of Eid al-Fitr, instead, he would engage in nafl (supererogatory) prayers all night. Hence, it is best to follow the sunnah of engaging in nafl prayers among other forms of worship.

Below are the few verses from Quran and hadiths that speak highly of the different prayers such as reciting Quran, seeking forgiveness and more on the night of "Laylatul Jaiza": 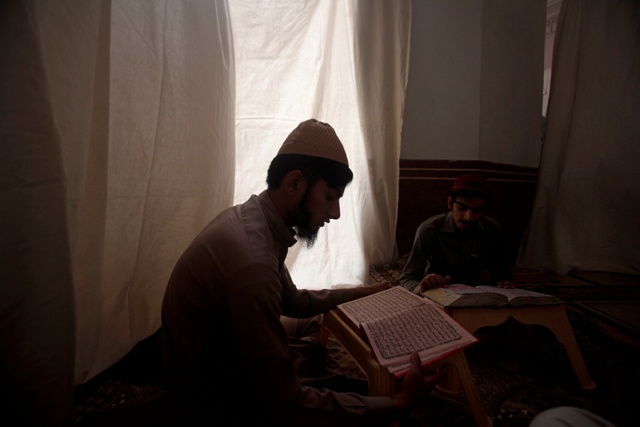 Men read he Quran in a mosque during Ramadan month in Peshawar, Pakistan.Reuters

"Then do they not reflect upon the Quran? If it had been from [any] other than Allaah, they would have found within it much contradiction." [Quran: 4:82]

"Indeed the one who recites the Quran beautifully, smoothly, and precisely, will be in the company of the noble and obedient angels. As for the one who recites with difficulty, stammering or stumbling through its verses, then he will have twice that reward." [Al-Bukhaari & Muslim]

"And seek forgiveness of Allah; surely Allah is Forgiving, Compassionate."(Qur'an 73:20)

"And whoever does evil, or wrongs his own soul, but afterwards seeks Allah's forgiveness, will find Allah is Forgiving, Compassionate." (Qur'an 4:110)

There are two extremely important and highly-rewarding nafl prayers to be performed on "Laylatul Jaiza":

The Prophet (PBUH) is reported to have said about Salaatul Tasbih that those who perform it will have his or her past and future sins forgiven. The Prophet (PBUH) has recommended reading this prayer once every Friday, once a month, once a year or at least once in a lifetime.

Tahajjud is performed in the late hours of the night and is deemed extremely dear.

"In Paradise there is a castle reserved for those who read Tahajjud and those who pray at night will enter paradise without having to account for their acts in this life," the Prophet (PBUH) has said.

Muslims can also engage in dhikr, verses of Quran read in a loop, when not praying to gain maximum rewards on this night.