Karnataka Minister S.T. Somashekar on Tuesday urged parents to send their children to schools without any fear but a BJP MLA appealed to the government to reconsider the decision.

The minister said, "The government is with you. All precautions have been taken to ensure the safety of children. The classes are beginning on August 23. I am there always. The decision to open schools has been made as per suggestions of experts. The situation is bouncing back to normalcy. Case positivity rate is declining, the mortality rate is also coming down." 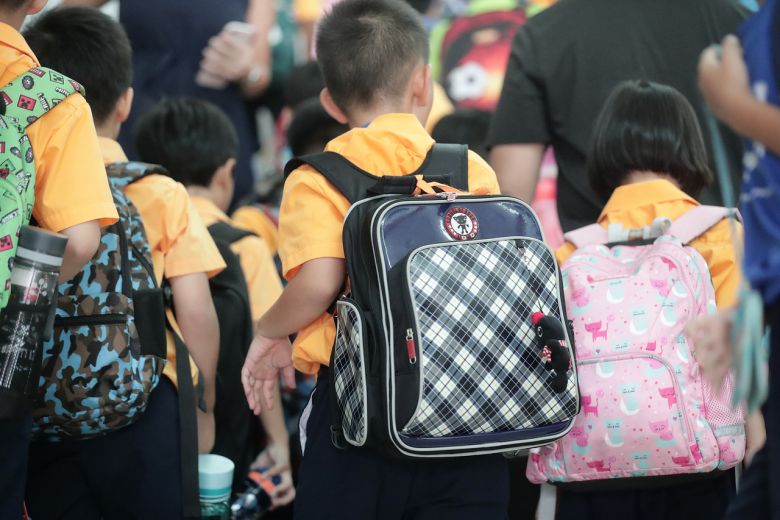 However, BJP lawmaker B. Harshavardhan appealed to the government to reconsider the decision to open schools. "I don't know how the state government took such a vital decision to start classes for 9 and 10 students without consultation of stakeholders.

"As a parent, I will strongly oppose this decision. Will the government take responsibility if the virus infects elders from school-going boys. The government should review its decision," he said.

Children account for 18% of all Covid cases in US: Study

It may be noted that children are not given vaccination in India so far, though schools are being reopened. In the US too, reopening led to surge in cases. In a study, US children account for 18 per cent of the Covid-19 infections in the country, according to the American Academy of Pediatrics (AAP).

While since the beginning of the pandemic children account for 14.4 per cent of the infections, in the last week more than 1,21,000 children tested positive for Covid-19 in the US.

That is a 29 per cent increase over the figure of nearly 94,000 from the previous week, signaling a worrying trend as the fall semester approaches, the Daily Mail reported.

However, the infections are rarely fatal with just 0.01 per cent, or 379, resulting in death, an increase of eight from the week before.

The experts at AAP have been pushing the US Food and Drug Administration (FDA) to approve Covid-19 vaccines for young children.

"I write to urge the FDA to continue working aggressively towards authorising safe and effective Covid-19 vaccines for children under age 12 as soon as possible," Dr Lee Savio Beers, president of the AAP, wrote in an open letter to the FDA on August 5.

"Pediatricians and the families they care for have been anxiously awaiting a vaccine that can be used in children 11 years of age and younger, and especially so now given the rise of the hyper infectious Delta variant," she added.

Covid infections are rising in the US, even requiring hospitalisation, amid soaring infections from the Delta variant of Covid-19 amid lagging vaccination rates.

At least 81 children in the US died of Covid between March and July, according to the Centers for Disease Control and Prevention, and many doctors warn that the situation is likely to get worse.

Kids are also beginning to make up an increased portion of cases in many states, the AAP reported. In Vermont, kids make up 23 per cent of total cases, the most of any state.

In Alaska, 21 per cent of cases are children, while Florida (nine per cent) is the only state where children make up less than 10 per cent of total cases. Covid infections in children have also been seen in Arkansas, Missouri, Houston, and Louisiana.

Currently, only the Pfizer-BioNTech vaccine has emergency use authorisation for children aged 12 and older. Pfizer, Moderna, and Johnson & Johnson are conducting clinical trials to evaluate the safety and efficacy of the vaccines in children under 12.

Pilots claim to have seen hundreds of UFOs, but hesitant to report due to this reason