The night Jaya Bachchan invited Rekha for dinner in Amitabh's absence and said: 'I will never leave Amit' (Throwback)

Amitabh Bachchan, Jaya Bachchan and Rekha's love triangle will always remain one of the most talked-about topics in the country. The fact that Amitabh never spoke about it but Rekha never denied it has made it even more scandalous. Amid all this, Jaya always maintained a stoic silence and dignity on the matter.

But, there was a time when Jaya couldn't take it any longer. Reports say that Amitabh Bachchan and Rekha's affair had become a constant topic of discussion among the industry people. In between all this, when Big B had gone out of Mumbai, Jaya decided to address the issue. Rekha had herself revealed that she was invited for dinner by Jaya Bachchan. She got all decked up and went to her home thinking there would be an argument. However, no such thing happened.

Jaya Bachchan welcomed her with open arms and showed her the entire house. They spoke about everything under the sun but Amitabh Bachchan. However, as Rekha was leaving, Jaya told her sternly that she would never leave Amitabh. A Bollywood shaadis report quotes Rekha telling Stardust, "Jaya did not mind the relationship as long as she thought her husband was only having a fling. It's when she realized that he was really emotionally involved, that is when it began hurting her. She called me for dinner one evening and though we spoke about everything but him, before I left that day, she made sure to tell me, "I will never leave Amit whatever happens". 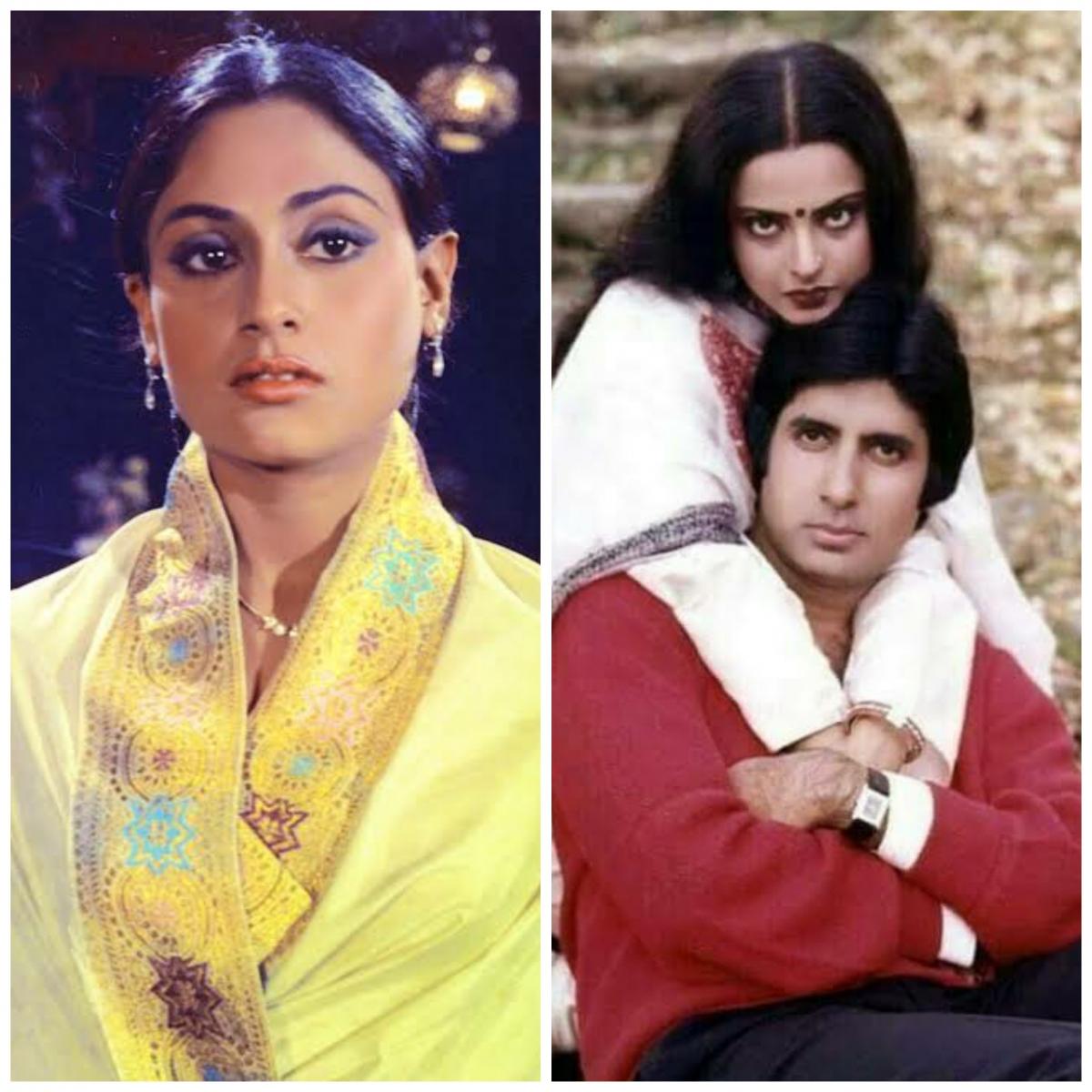 Talking about being the other woman, Rekha had said, "No one cares about what I have to say. I'm basically the other woman na? Parents are also embarrassed. Which parents will not be when their son has an affair? And image ki baat hain na. No one looks inside. The other party has this cute bechari image which fits beautifully. The impression is good na? I'm free. The other person can't do that. Can't leave him and go away. Mind you, this is a very good quality. If you can kill your desire and stick to someone in spite of knowing that this person loves somebody else, stay under the same roof. It shows strength. I must give her credit. It's a plus point which I don't possess. I won't compromise. Give and take theek hain. But you might finish off the relationship if you compromise."

No matter how many years pass by, Rekha and Amitabh's passionate affair would always remember etched in our memories. Wouldn't it?