In-form Royal Challengers Bangalore take on depleted Rajasthan Royals in what is a must-win encounter for both the teams in Jaipur. Here's how you can watch the match on TV and online.

Rajasthan Royals (RCB) take on Royal Challengers Bangalore (RCB) in what is a must-win Indian Premier League (IPL) outing for both teams at the Sawai Mansingh Stadium in Jaipur on Saturday, May 19.

Star Sports 1, Star Sports 1 Hindi, Star Sports Select 1 will provide live television coverage of the match in India. The live stream will be available on Hotstar. 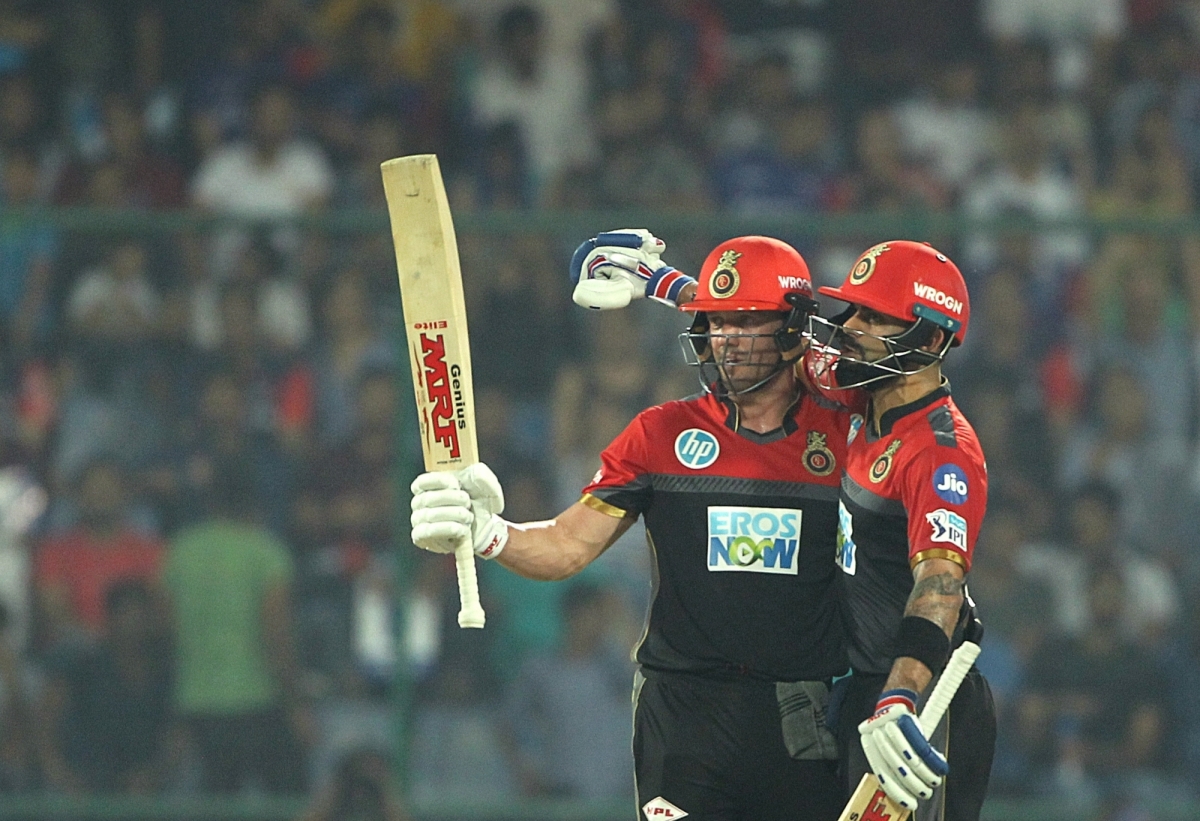 Can Virat Kohli and AB de Villiers fire on Saturday?IANS

Both teams, who are tied on 12 points, cannot afford a defeat as the losing team will be knocked out of the tournament.

The Royals, who have a poorer Net Run Rate (-0.403 compared to RCB's +0.264) will not be assured a place in the playoff even if they win Saturday's encounter. Ajinkya Rahane's men need to win and win by a big margin in order to give themselves a chance.

Both teams will also be looking at results, especially from Sunday's matches, involving the Mumbai Indians and the Kings XI Punjab, who are also tied on 12 points each.

The Royals, who are desperate for a big win, were dealt a huge blow as their top-scorer Jos Buttler and big-hitting all-rounder Ben Stokes left the team for international duty earlier this week.

In D'Arcy Short and Heinrich Klaasen, the Royals have big names on paper but their foreign players, except Buttler, haven't managed to make a positive impression. It will be difficult for them to come into the team after a considerable gap and straightway deliver in a high-pressure match.

Skipper Rahane needs to lead the team from the front and senior members of the team, Stuart Binny and Jaydev Unadkat will have to step up and deliver if they are to stand of chance of staying alive in the tournament.

On the other hand, Virat Kohli's RCB are heading into the match on the back of a three-match winning streak, which includes their 14-run win over table-toppers Sunrisers Hyderabad on Thursday, May 17.

The likes of Kohli, AB de Villiers, Moeen Ali, and Colin de Grandhomme have peaked at the right time for the Royal Challengers, who will start Saturday's match as favourites.

RCB, who seem to have arrived at a perfect combination after several failed attempts to get it straight, are unlikely to change their winning combination.

Close
Kerala rains: 5 dead, 80 feared trapped under debris after major landslide in Munnar
Why advertise with us?
most popular