How Amazon loves packing 6in screen guards in 5ft boxes: Will AI fix their troubles [details]

Every Amazon customer has probably wondered the logic behind the company's over-packaging. Some might have thought it is for the safety of the products in transit while others have outright called out Amazon's lack of responsibility.

Amazon is the world's largest e-commerce platform, which means it is also shipping a record number of packages. There's no exact figure but one recent analyst estimate suggests that Amazon shipped 415 million packages in the month of July. But there's a big problem with those packages - and it is anything but meager.

Amazon's generous packaging material has often been called out by customers who ordered tiny items such as pen drives, a phone screen guard, a toothbrush, and all those little things that require a suitable sized package. Instead, Amazon goes overboard with excessive packaging materials, using excessive plastic and paper to make sure your paper towels are not damaged in transit.

A good thought, one might think. But the question many customers and responsible citizens of the planet earth have raised is why overdo? The answer appears to be lost in transit and the "happy" logo on the box easily turned upside down - into a frown.

How does 5ft box for 6" phone screen guard justify?

There are many instances of Amazon's over-packaging issue. But one that really challenged the brains out of everyone's common sense (not just the recipient of the package) is of a 5 feet cardboard box for a 6.5-inch phone screen guard. You heard that right and now you can see it too.

An Amazon customer shared his surprise on Reddit with the above picture and things only got interesting from there. Redditors were just as shocked by Amazon's decision to send a hand-sized product in a box that could've easily fit at least a hundred of those screen guards. How we wish this was an isolated incident.

Twitter is full of such complaints, schooling Amazon on doing its bit for the environment.

Hey @amazon this much packaging is 1000% unnecessary and wasteful boo! It’s 2020 & we trying to save the Earth out here pic.twitter.com/8zDZSSQ4KD 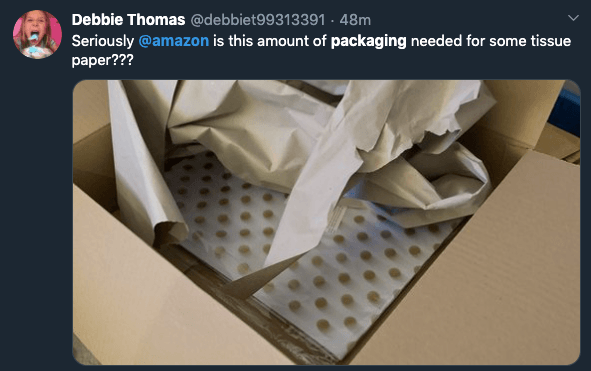 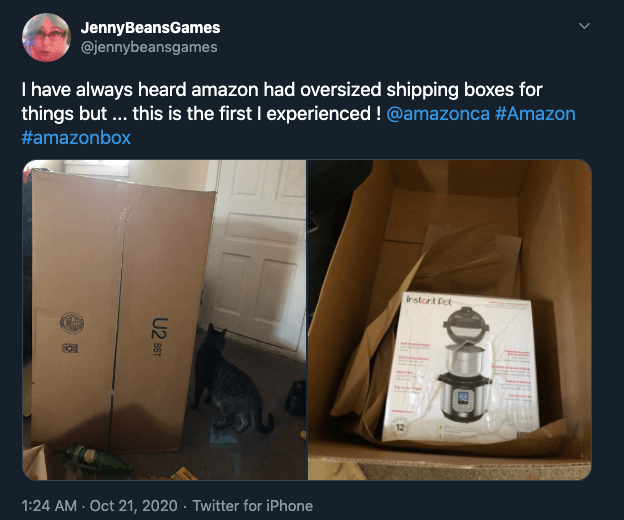 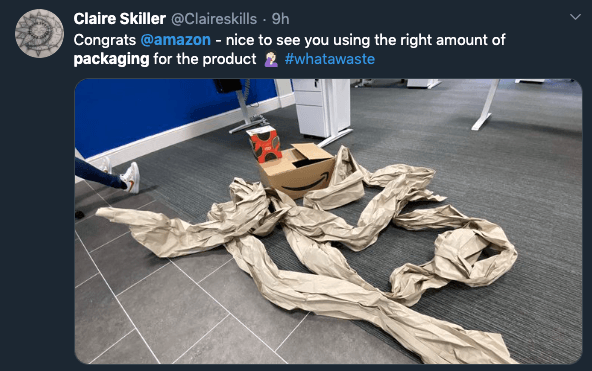 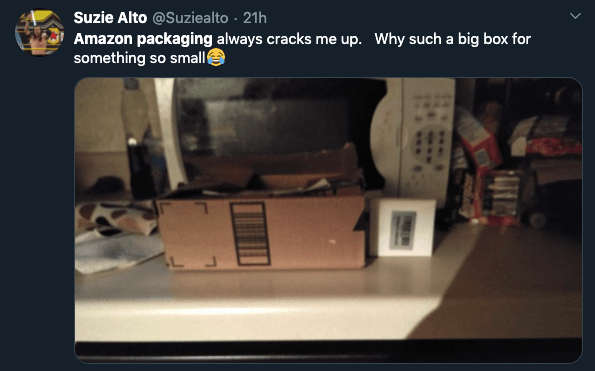 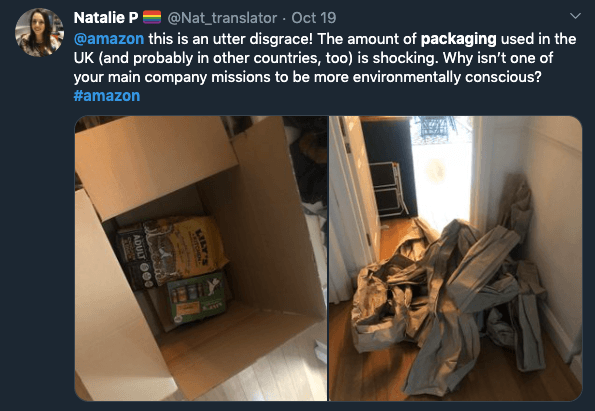 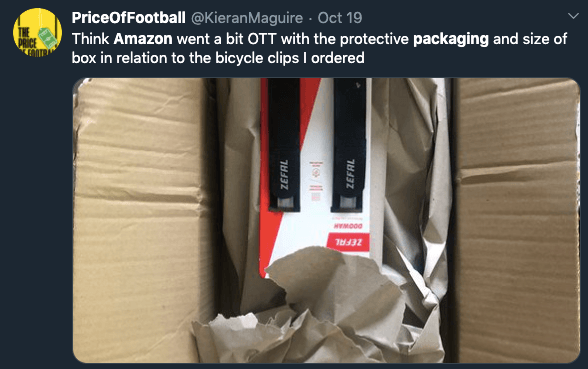 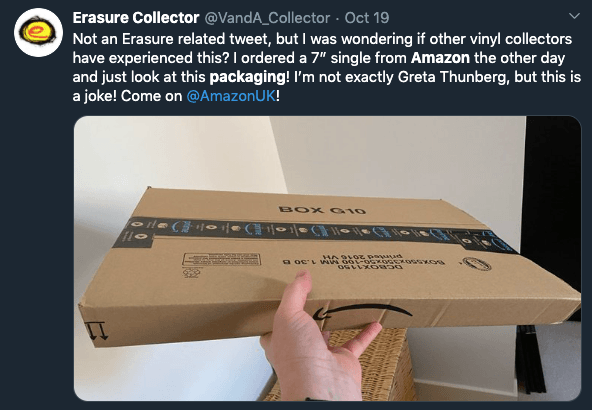 AI to the rescue?

Amazon is a customer and employee-driven company, right? So, there's no way all those concerns fell on deaf ears. Amazon listened and decided to act. At last.

Now, the company is redesigning its packaging to use less material, and even use AI to find the smallest possible package for each box, Fast Company reported. In fact, the same report cites Amazon's pride in managing to reduce the amount of packaging used per shipment by roughly a third, eliminating 915,000 tons of packaging material.

Amazon is even taking AI's help to better decide packaging materials, when a box is needed or if the product is good to go with a padded mailer. This could perhaps address the over-packaging issue, but it's not quite as simple as that.

It appears perhaps simple at first glance—that you could just let the packer make the right decision, or that you could properly measure and keep a catalog of everything perfectly. But Amazon's ever-changing and vast catalog has hundreds of millions of different products. If you then try to combine them in any combination of orders that a customer can place, we've got near-infinite permutations of customer shipment options. This is unlike most everyone else in the retail business. Even the largest e-commerce companies don't have the catalog that we have. And not only is it hundreds of millions of products today, but it's changing every day. We might have 35% new products between now and Christmas to learn about," Kim Houchens, Amazon's director of customer packaging experience says.

But Amazon says it expects the amount of packaging used per order will continue to shrink. So don't expect your next order to arrive in the right size box or use the right amount of paper or plastic (if there's ever such a measurable scale), it looks like it will have to run its course.