End of an era: MS Dhoni retires from international cricket

Mahendra Singh Dhoni announced his retirement from international cricket on Saturday. Taking to Instagram, Dhoni thanked his fans for the love and support.

"Thanks Thanks a lot for ur love and support throughout.from 1929 hrs consider me as Retired," he wrote on Instagram.

Dhoni is considered one of the greatest Indian captains in the history of international cricket. The highlight of his captaincy was when he led India to its second World Cup victory in 2011. He's also the only skipper to win all three ICC trophies, the World Cup, Twenty20 and Champions Trophy.

Dhoni, 37, held a high standard in the world of cricket. When Dhoni wore the gloves to wicket keep, he held his position strong for 15 years. Dhoni's agility and mindfulness made him the best. Dhoni stepped down as the captain for ODI in January 2017 after he retired from Tests in December 2014.

Dhoni made his debut in international cricket in 2004 and became the captain of the Twenty20 in 2007. He justified his role with full dedication and led to the victorious World Twenty20 title in South Africa.

Dhoni succeeded the timeless Rahul Dravid to become the ODI captain and made a mark of his own. He filled the shoes of Anil Kumble quite well as full-time captain of Test cricket following his retirement. The ever composed Mahi has given several memorable moments to cherish and fans are truly going to miss him. But there's no need to be disappointed as Dhoni will be seen in action in the IPL 2020.

The announcement of Dhoni's retirement has made many emotional. He held a special place in the hearts of the fans and his peers. Everyone is wishing Mahi the best and sending unconditional love.

Here are some reactions: 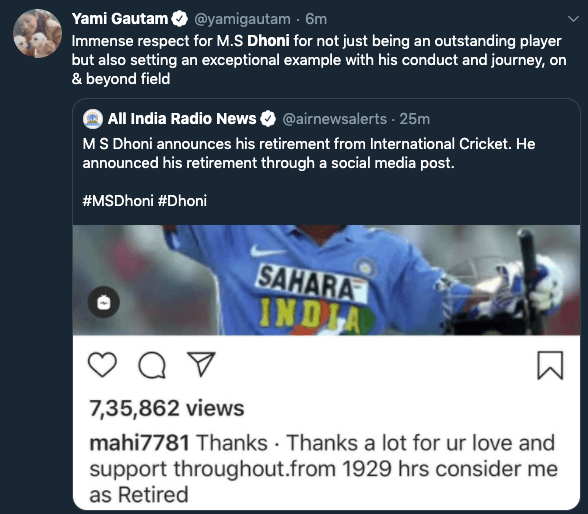 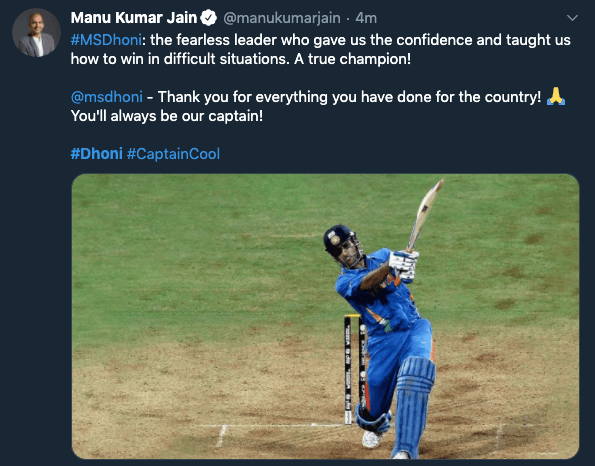 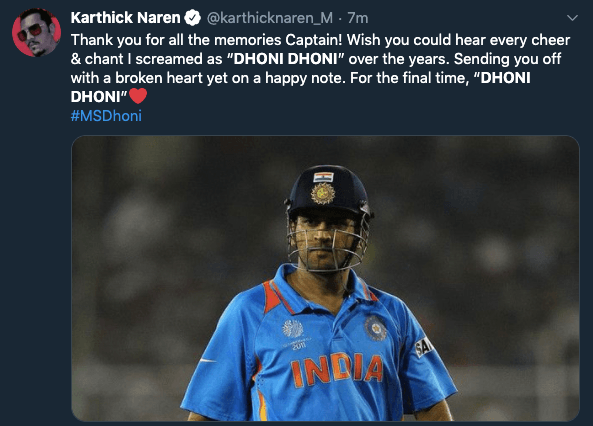