Even after breaking out on the pan-India scene with 'Pushpa - The Rise', Allu Arjun never fails to take time off for his loved ones, and is particularly good at pampering his son Allu Ayaan and daughter Allu Arha. 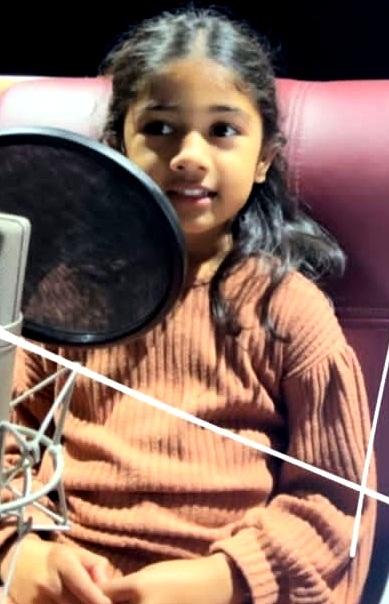 Allu Arjun gives a shoutout for daughter, lil Arha, as she kick-starts dubbing for 'Shakuntalam'.IANS

The star and doting father is now rooting for his daughter's first appearance on the silver screen. Allu Arjun's little daughter Arha will be making her screen debut in in the Samantha Ruth Prabhu-starrer 'Shaakuntalam'.

Taking to social media, he shared a picture of his daughter from the dubbing studio. The superstar drew a heart on his daughter's picture.

For the unversed, Allu Arjun's four-year-old daughter Allu Arha is all set to make her acting debut in 'Shaakuntalam', directed by Gunasekhar and produced by Neelima Guna. Little Arha will be seen playing the role of the young Prince Bharata.

In the latest released trailer of 'Shaakuntalam', Arha can be seen as Prince Bharata, riding on a lion and her cute face is bound to leave audiences wanting to see more of her. 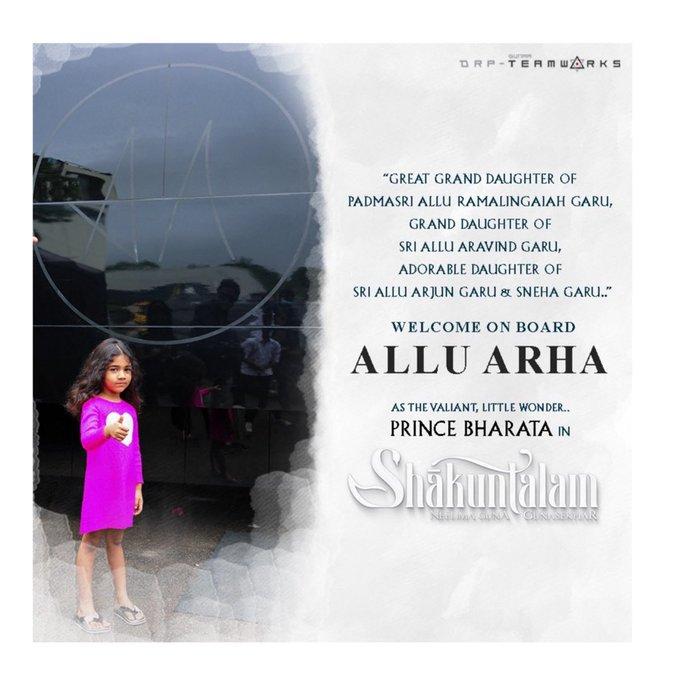 Thalapathy 67 Is A Pan- India Film: All You Need To Know About Vijay's Lokesh Cinematic Universe