Despite claiming to be so close to Sushant, Ssingh says he had no inlking that Sushant would take such a drastic step as suicide.

By : IANS
Jun 28, 2020 02:11 IST
https://data1.ibtimes.co.in/en/full/741542/rithvik-dhanjani-breaks-down-while-speaking-about-his-close-friend-sushant-singh-rajput.jpg
Rithvik Dhanjani breaks down while speaking about his close friend Sushant Singh RajputIBTimes IN

Sushant Singh Rajputs family still has not come to terms with his death, according to producer Sandeep Ssingh, who says he shared a decade-long friendship with the late actor.

"A father has lost his son and sister has lost her brother. I don't think they have still come to terms with the fact that he is no longer with us. They still don't speak much. They are still crying and are still in pain. They are completely shattered," said Ssingh, who was one of the first to reach Sushant's home along with actor Mahesh Shetty when the news broke out. 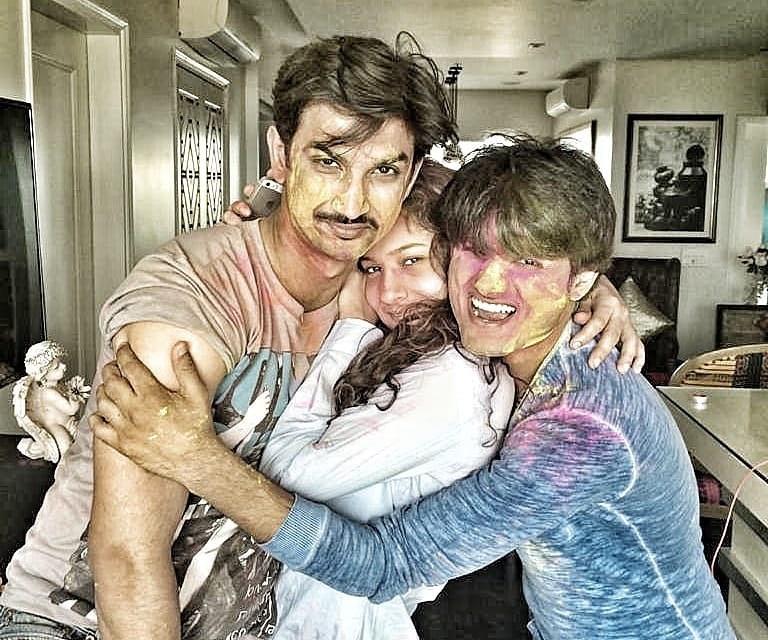 "When we went there we saw a lot of police at his place and... saw those things... was very difficult for us. When we saw him (Sushant)... that's when I believed it was him and it had happened," said Ssingh, who took the mortal remains of the later actor to Cooper Hospital for post-mortem.

Despite claiming to be so close to Sushant, Ssingh says he had no inlking that Sushant would take such a drastic step as suicide. "Who would have any idea? People at his place who were there with him had no idea. It was shocking for them who were there at home. Nobody knew about it," said Ssingh.

Dear Ankita, with each passing day, one thought keeps haunting me over and over again. Kaash... I wish... We could have tried even harder, we could've stopped him, we could've begged him! Even when you both seperated, you only prayed for his happiness and success... Your love was pure. It was special. You still haven't removed his name from the nameplate of your house❤️ I miss those days, when the three of us stayed together in lokhandwala as a family, we shared so many moments which bring tears to my heart today...cooking together, eating together, ac ka paani girna, our special Mutton bhaat, our long drives to uttan, lonavala or Goa! Our crazy holi! Those laughs we shared, those sensitive low phases of life when we were there for each other, you more than anyone. The things you did to bring a smile on Sushant's face. Even today, I believe that only you two were made for each other. You both are true love. These thoughts, these memories are hurting my heart...how do I get them back! I want them back! I want 'us three' back! Remember the Malpua!? And how he asked for my mother's Mutton curry like a little kid! I know that only you could've saved him. I wish you both got married as we dreamt. You could've saved him if he just let you be there...You were his girlfriend, his wife, his mother, his best friend forever. I love you Ankita. I hope I never lose a friend like you. I won't be able to take it.