After facing three defeats in a row the Titans are aiming for victory whereas Pirates also seek their maiden win. 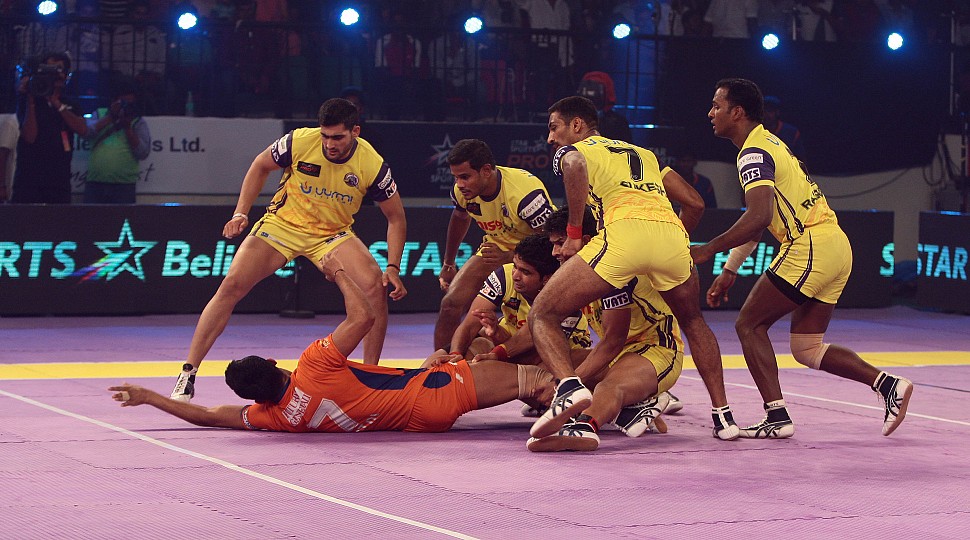 Telugu Titans will fight it out against Patna Pirates in the Pro Kabaddi League 2019 at the Gachibowli Indoor Stadium in Hyderabad on Friday, July 26. Titans desperately need a victory in their last match of the Hyderabad leg as they have lost their last three encounters whereas Pirates will also be eager to register their first win of the tournament.

After facing a hattrick of losses the Telugu Titans will be looking forward to a much-needed victory in the last match in Hyderabad. In their previous contest - against Dabang Delhi - they went down just by a single point. Debutant Suraj Desai scored 18 raid points which became the highest score by a debutant in the league's history. Siddharth scored eight raid points and was on top of his game and they need the partnership of Siddharth and his brother Suraj to blossom for the better future of the team. In the defence, Vishal Bharadwaj was also in good form. Patna Pirates captain Pardeep Narwal poses with his teammates ahead of season 6.IANS

On the other hand, three-time champions Patna Pirates started their tournament with a loss against last year's champions Bengaluru Bulls. They will be aiming to bounce back and get their campaign on track. Pardeep Narwal needs to perform and in his previous match, he was in good form starting the season with a Super 10. All-rounder Mohammad Esmaeil Maghsoudlou also contributed with six raid points and three tackle points in his debut match of the league.

The Titans are the favourites according to past records but considering the recent form, they need to organise themselves to win. Pirates will be hoping to register their first victory of the league.

The Telugu Titans-Patna Pirates match will start at 8.30 pm IST.