2019 might finally be the year when we get the Pixel phone we've always wanted.

Google made the biggest leap in 2016 when it ended the Nexus-lineup to start the Pixel-series. Little did we know that it will grow to become one of the most sought-after brands for camera enthusiasts, but Google did it anyway. Without injecting numerous pixels into the camera sensor and adding multiple lenses, Google Pixel phones, all through Pixel 3 and Pixel 3 XL, achieved what most phones, even iPhones, struggled.

Despite the critically-acclaimed camera backed by powerful software, Google Pixel phones lacked the looks. 2018 was the year we saw some of the most beautiful phones, ranging from iPhone XS—series to Samsung Galaxy Note 9 and Huawei Mate 20 Pro. But Google Pixel 3-series wasn't up to the expectations due to its massive notch and thick bezels. The result: sales of Pixel phones were not as spectacular as iPhones and Galaxys.

It seems Google has realised how important the design of the phone is to make the overall package attractive and it has decided to see beyond the camera in the upcoming Pixel phone. As one can guess, the 2019 Pixel flagship will be called Pixel 4 and Pixel 4 XL and thanks a leaked schematic, we now have an early look at the latter.

Embrace yourselves for the first-ever Pixel smartphone with dual cameras and punch-hole display. Google has adopted the best of both camera and display features for its Pixel 4 XL, giving it little to no reason to fail.

The leaked schematic shared by SlashLeaks shows an edge-to-edge display with a pill-shaped cutout for the dual front cameras. You might be familiar with the design as it identical to Samsung Galaxy S10+. Finally, a long-overdue farewell to the notch and bezels.

In addition to that, the cameras have also got a major boost. The Pixel 4 XL render shows dual rear cameras, which is a first for Google despite rivals offering two, three and even up to 5 lenses. But seeing what Google has been able to achieve with a single camera on Pixel 2 and Pixel 3 phones, rivals have a huge threat coming their way.

Another nifty detail we observed from the leak is the missing rear-mounted fingerprint sensor. There are no points to guess that the sensor will be moved to the front, under the display, much like most phones these days.

With these historic changes, Pixel 4 XL will easily be on the same league as the 2019's iPhones, Samsung Galaxy S10 and Note 10 phones as well as Huawei's P30 and Mate 30-series. The camera will be a great strength for Google, now add the perfect design and Google appears to have got itself a winner.

Now it's boring to see some sketches, so are some colourful and realistic renders of Pixel 4 and Pixel 4 XL courtesy of Phone Designer. Based on these renders, the Pixel 4 will also get a punch-hole display with a single sensor on the front as well as a single rear-facing camera. Naturally, the Pixel 4 will be smaller than the XL counterpart, but the bezel-free design will help accommodate Google larger screen real estate. 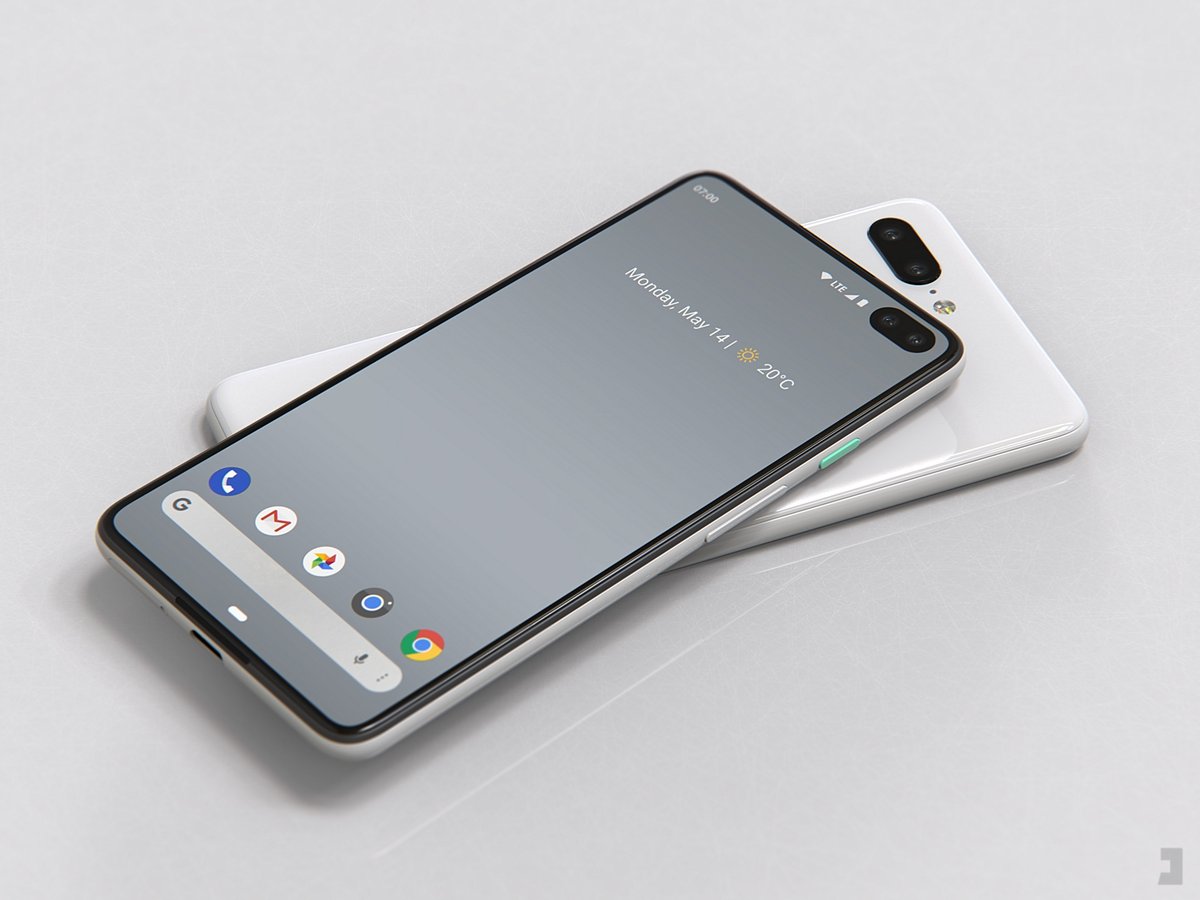 If these are the final designs of the Pixel 4 and Pixel 4 XL, we certainly can't wait to see them later this year. But there are several months to go and a lot could change. Fingers crossed.

Close
Female Tinder users' photo leaked
Why advertise with us?
most popular