After a disciplined performance by the bowlers which helped India restrict South Africa to a modest 204, Kohli (129 in 96 balls), who slammed his 35th ODI ton, anchored the innings perfectly and helped his team to wrap up the six match series 5-1. After Indian openers were sent back to the pavilion inside 15 overs, Kohli along with middle-order batsmen Ajinkya Rahane (34 not out) forged a 126-run partnership for the third wicket to hand a comfortable victory.
2 of 6

Rohit Sharma (15) and Shikhar Dhawan (18) started the proceeding on a steady note but in the fourth over, pacer Lungi Ngidi dismissed the former with wicket-keeper Heinrich Klaasen taking a brilliant catch to make it 19/1. Dhawan and incoming batsmen Kohli, then played sensibly and forged a crucial 61-run partnership for the second wicket. But just when things seemed good in the middle for the visitors, Ngidi once again came into the picture and provided a much-needed breakthrough.
Advertisement1
3 of 6 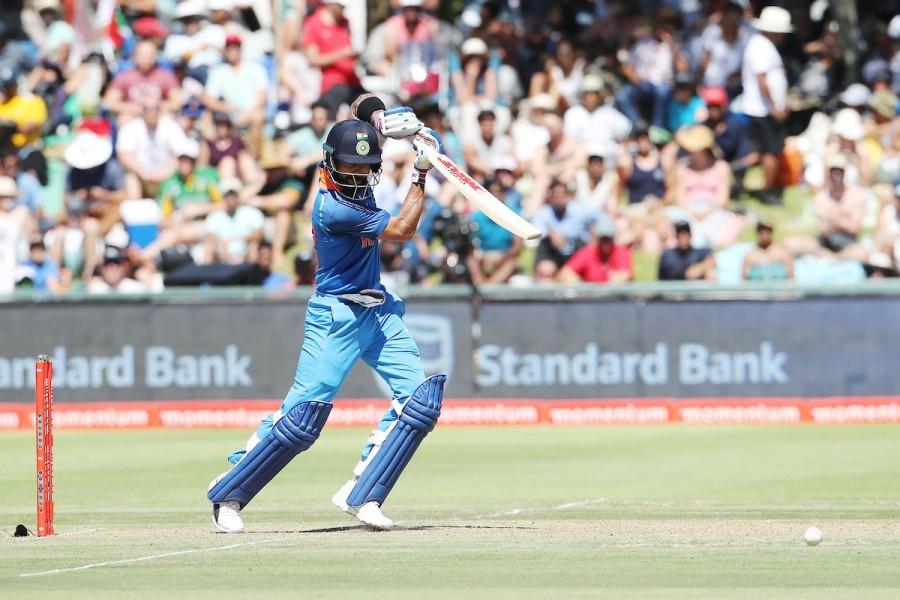 In the 13th over, Khaya Zondo took a brilliant catch off Ngidi to dismiss inform Dhawan, who played 34 balls and hit two boundaries. The fall of wicket brought in Rahane and he and Kohli rotated the strike regularly to unsettle the South African bowlers. In the process, Kohli, who was adjudged Man of the Match and Man of the Series, completed his third ton of this series through a boundary off leg-spinner Imran Tahir, who bowled an overpitched delivery and Kohli hammered it back down for four.
4 of 6 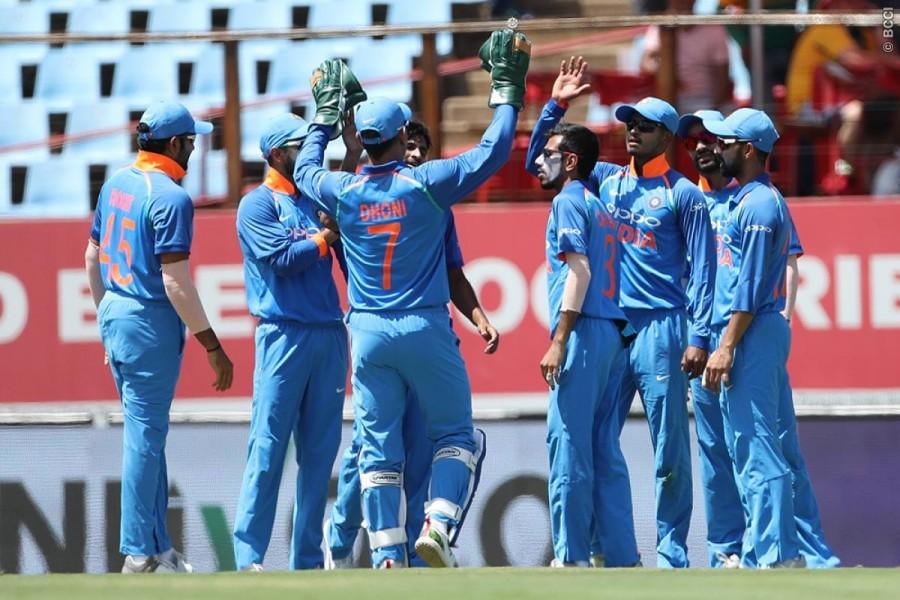 Soon, the South African bowlers and fielders started feeling the heat and also missed few chances to break the partnership. But the Indian duo kept the things tight in the middle and as a result Rahane and Kohli finished off the proceedings in style in just 32.1 overs. Earlier, Zondo struck his maiden ODI fifty to steer South Africa to 204 even as the other batsmen failed to find an answer to the disciplined Indian bowling.
5 of 6 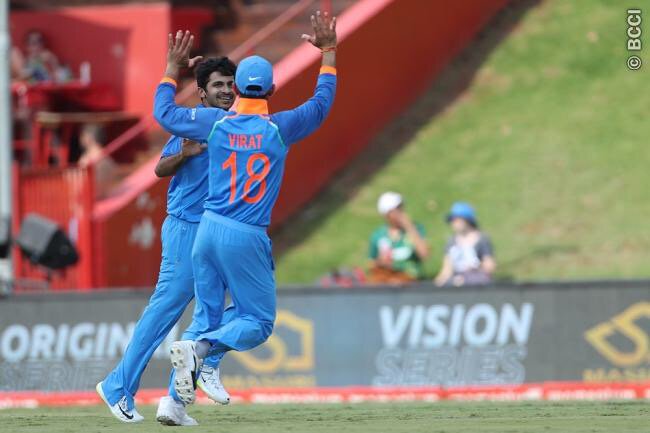 Zondo top-scored for the Proteas with a 74-ball 54, laced with three boundaries and two sixes on a good batting track, where most of the other batsmen failed against rookie pacer Shardul Thakur (4/52) and the wrist spin duo of Yuzvendra Chahal (2/38) and Kuldeep Yadav (1/51). Jasprit Bumrah also gave good support by taking two wickets. Asked to bat, the Proteas could hardly recover from the early loss of openers Hashim Amla (10) and skipper Aiden Markram (24) even as No.3 AB de Villiers (30) wasted a start after adding 62 runs for the third wicket with Zondo.
6 of 6 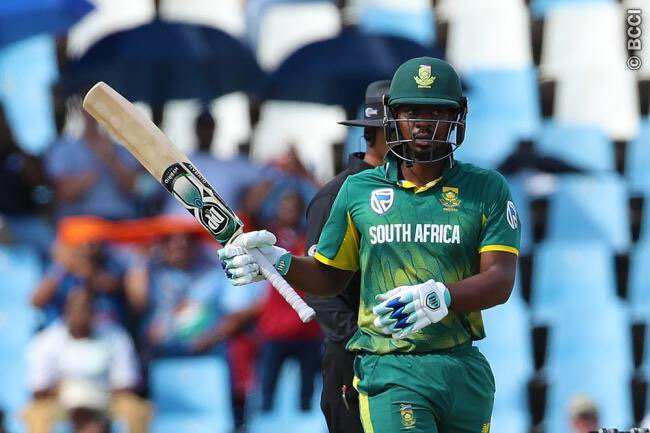 Playing his first match of the series, Mumbai youngster Thakur was on fire in his first five overs, getting rid of Amla, caught behind by Mahendra Singh Dhoni and then the key wicket of Markram with a slow off-cutter, caught by Shreyas Iyer at cover. Chahal soon joined the party, knocking off de Villiers' leg stick with a flipper to reduce the Proteas to 105/3, before wicketkeeper-batsman Klassen (22) joined Zondo for a brief 30-run fourth wicket stand. Such was the dominance of the Indians that the explosive Klassen failed to find a way to free his arms and when he attempted to drive a slower one from Bumrah, Kohli smartly grabbed a low catch at short cover.
Advertisement
Related Articles

IPL 2022: RCB vs RR live-stream, squad, timings and everything you need to know about today's match
Advertisement
Latest Gallery