India clinched their maiden ODI series win on South African soil, taking an unbeatable 4-1 lead after outclassing the hosts by 73 runs in the fifth One-Day International (ODI) at the St. George's Park here on Tuesday. Opener Rohit Sharma led the tourists striking his 17th ODI century before chinaman Kuldeep Yadav returned figures of 4/51 to bowl the Proteas out for 201, in their chase of 274. Credit: Twitter/BCCI
2 of 6

The Proteas started off fluently with skipper Aiden Markram (32) and Hashim Amla (71) putting on 52 runs in the first powerplay before first change seamer Hardik Pandya struck thrice in quick succession. Pandya first removed Markram caught by skipper Virat Kohli at mid-off before inducing Jean Paul Duminy (1) to edge a length delivery off to Rohit at first slip. Pandya then struck again after a couple of overs with the wicket of dangerman AB de Villers (6) caught behind by Mahendra Singh Dhoni. Credit: Twitter/BCCI
Advertisement1
3 of 6 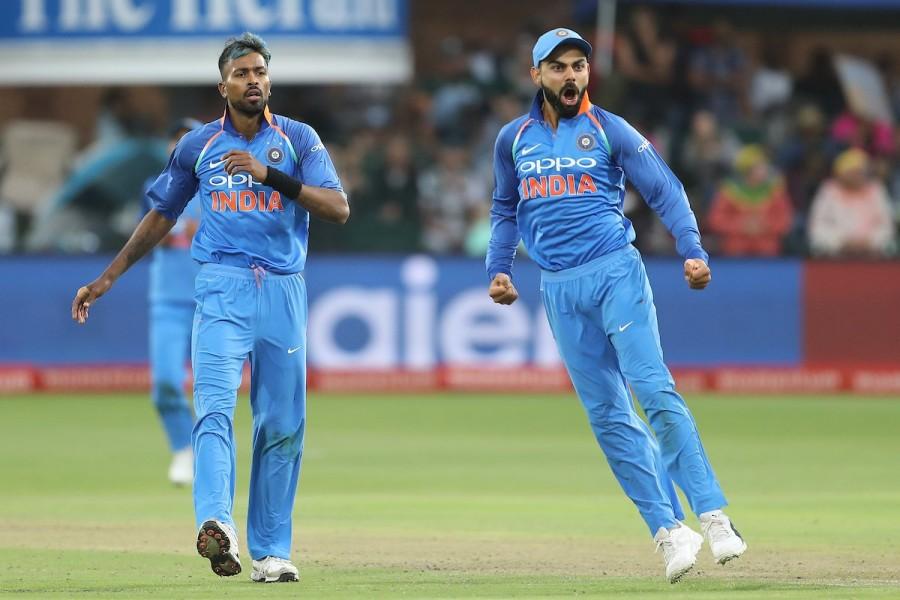 Struggling at 65/3, David Miller (36) came to South Africa's rescue, forging a 62-run fourth wicket stand with Amla, before leg-spinner Yuzvendra Chahal brought the tourists back into the game with the wicket of the southpaw. Despite losing his partners Amla, meanwhile, continued to fight a lone battle, reaching his 35th ODI fifty, his first in 13 innings even as he reached the milestone of 7,500 runs in 50-over cricket. But the joy was shortlived for the Proteas, with Pandya showing his magic in the field this time with a brilliant direct throw to dismiss Amla. Credit: Twitter/BCCI
4 of 6 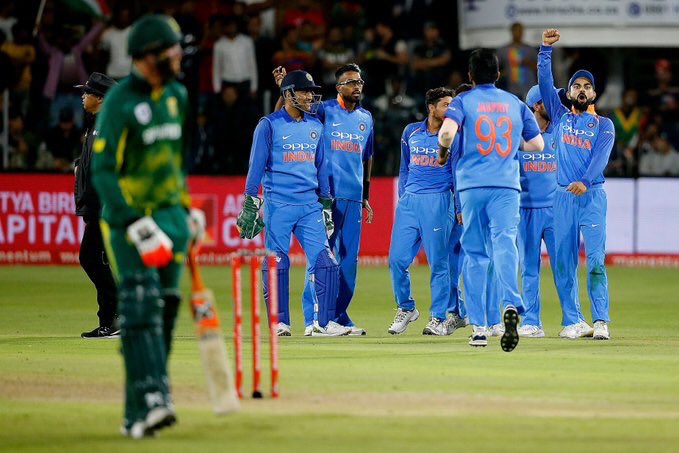 Chinaman Kuldeep Yadav soon joined the party dismissing any chances of a South African comeback with the wickets of Andile Phehlukwayo (0), Kagiso Rabada (3), Heinrich Klaasen (39) and Tabraiz Shamsi (0) to reduce the hosts from 166/5 to 197/9. Chahal then came back to trap last man Morne Morkel (1) as the visitors erupted in joy. Earlier, India rode on Rohit's 126-ball 115, laced with 11 boundaries and four sixes to post 274/7 even after the lower order failed to capitalise on the brilliant start. Rohit became the fourth highest century scorer in ODIs for India, after Sachin Tendulkar (49), Virat Kohli (34) and Sourav Ganguly (22). Credit: Twitter/BCCI
5 of 6 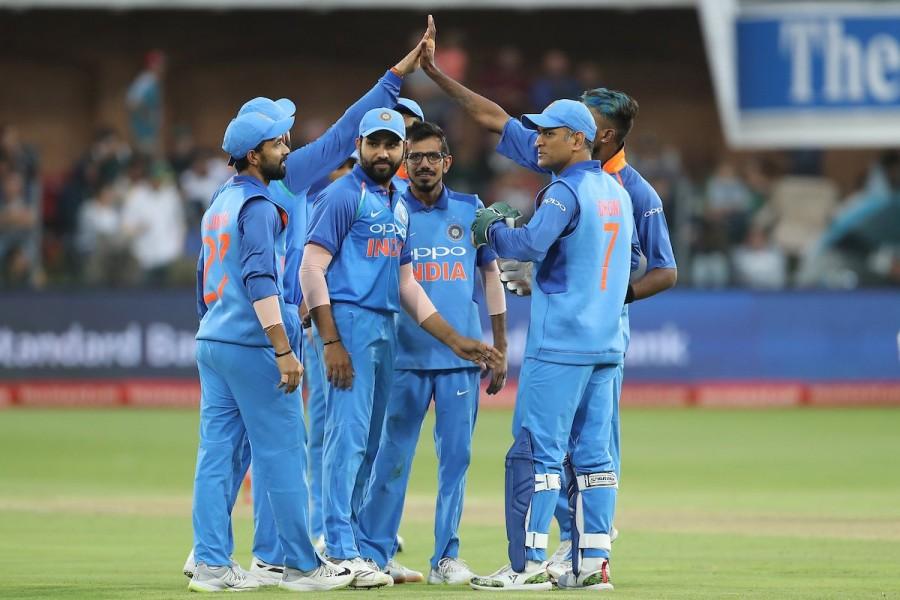 Rohit, who struggled to score in all the four previous games started his innings in similar fashion. However, a boundary and a hit over the fence in back-to-back overs set the momentum for the Mumbai batsman, who did not look back. Rohit, however, was involved in two unfortunate run-outs -- first with skipper Virat Kohli (36) after sharing a 105-run second wicket stand and then Ajinkya Rahane (8), who fell victim to Rohit's mistimed call. Credit: Twitter/BCCI
6 of 6 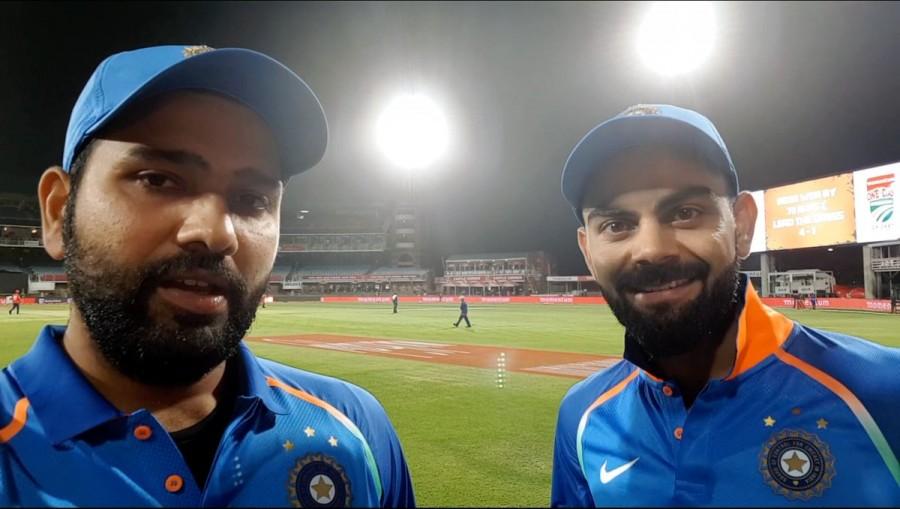