The makers and cast of Race 3 launched their song Allah Duhai Hai in 3D at a grand event in Mumbai. After 'Heeriye' and 'Selfish', the makers of Race 3 have released the franchise's theme song, 'Allah Duhai Hai' but in 3D. The theme track of the action thriller ‘Allah Duhai Hai’ from Race has been an instant hit with the audiences since the first installment of the film had released. It was an extravagant evening with few of the biggest names from Bollywood like Salman Khan, Jacqueline Fernandez, Remo D'Souza, Ramesh Taurani, Bobby Deol, Daisy Shah, Saqib Saleem, Neha Bhasin, Meet Brothers, Jonita Gandhi, Sreerama Chandra, Vishal Mishra Lulia Vantur, Freddy Daruwala and Veera Saxena. The event started with Neha Bhasin and Meet Bros' performance on Race first song Heeriye. Later Lulia Vantur and Vishal Mishra took the stage over and performed on Selfish. Credit: Varinder Chawla
2 of 6

Post which the makers launched the theme song of the film Allah Duhai Hai where the whole cast of the film came to perform on the stage. Superstar Salman Khan sang few lines of the next song 'I Found Love' and 'Party On & On' along with Veera Sexena and gave a small glimpse of it. Credit: Varinder Chawla
Advertisement1
3 of 6 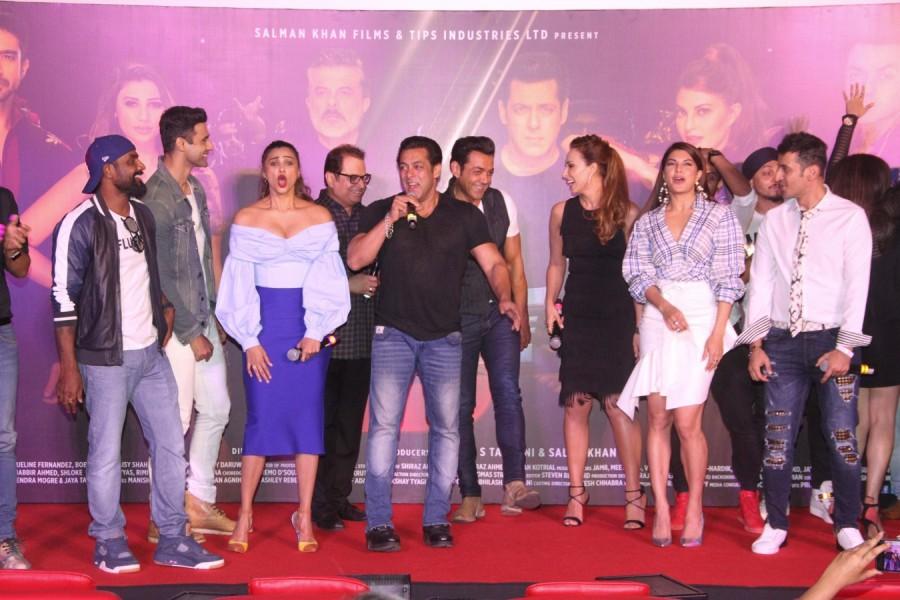 The theme song was launched in 3D format, in a high energy environment in Mumbai. Race 3 will be released in 3D and 2D format across the globe. Remo D'Souza takes the Race franchise to an all-time high with action a notch higher and suspense that will leave you at the edge of your seats. Credit: Varinder Chawla
4 of 6 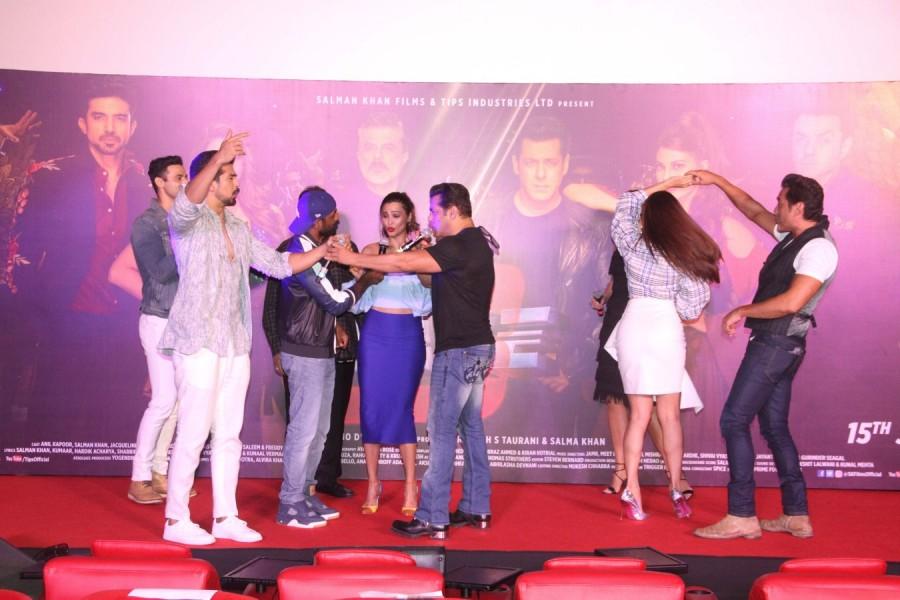 The trailer of Race 3 gave glimpses of never seen before action stunts in India proving to be a treat to the audience. The film boasts of high octane stunts proving to be a visual delight for fans across all quarters. Credit: Varinder Chawla
5 of 6 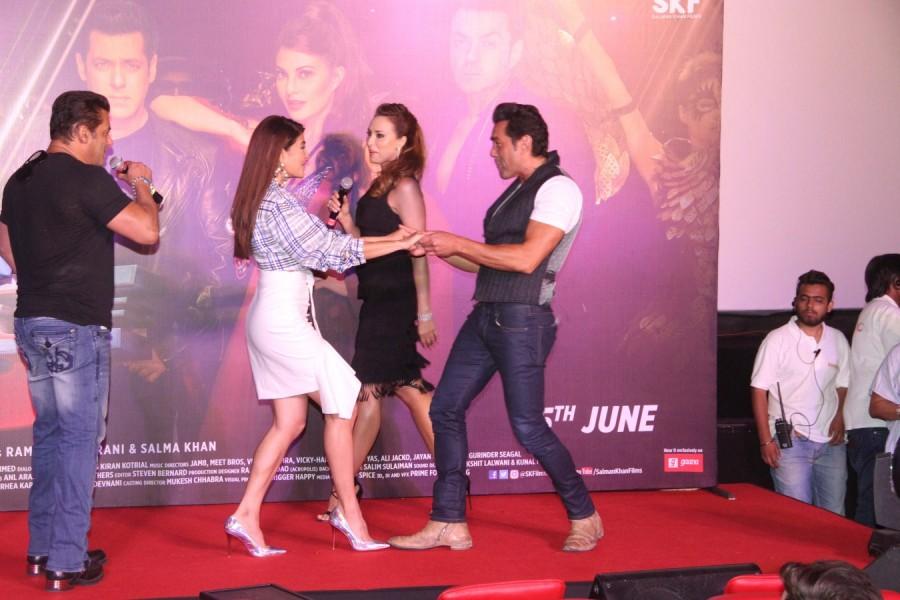 Marking the festive season of Eid, Race 3 proves to be a complete festive bonanza, with action, family drama, suspense, romance and promise of blockbuster songs. Credit: Varinder Chawla
6 of 6 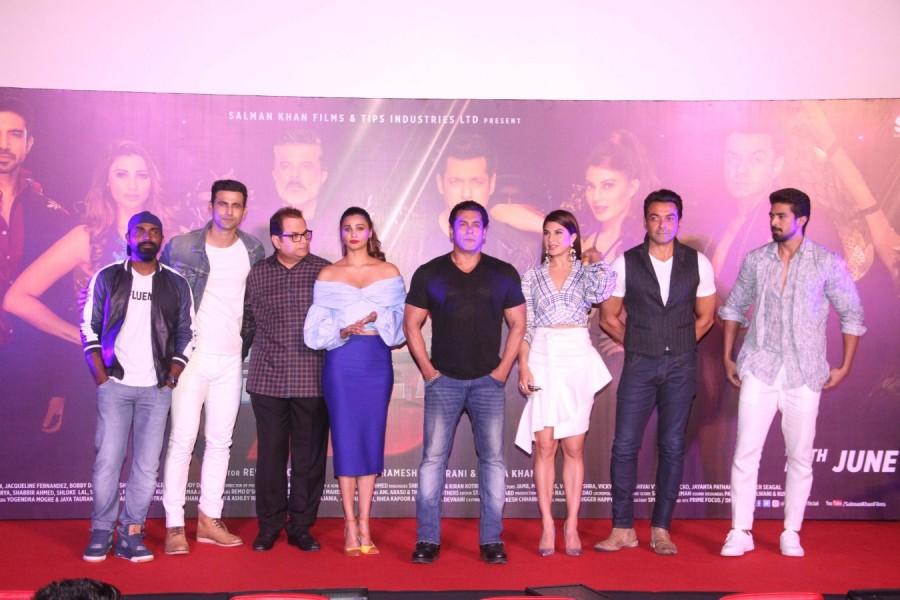