Japan's Kento Momota defeated Danish world No 1 Viktor Axelsen 21-14, 21-9 on Sunday to win the Indonesia Open badminton tournament, a BWF Tour 1000 event. Winning the title marks a huge turnaround in the recent fortunes of the 23-year-old Japanese star shuttler. Momota, a former world No 2 who was suspended for just over a year by the Nippon Badminton Association (and missed the Rio Olympics) after admitting in early 2016 that he had visited an illegal casino in his homeland, struggled at the start of his comeback last year, reported Efe. On Sunday, Momota rolled to a straight sets win over Axelsen, who had rallied for an 18-21, 21-14, 21-11 victory over Chinese world No 3 Shi Yuqi in the semi-finals on Saturday. Credit: (Photo by Robertus Pudyanto/Getty Images)
2 of 5

Momota had booked his spot in the final with a 23-21, 21-12 semifinals win over 35-year-old Malaysian great Lee Chong Wei. The Japanese star has been on a roll this year, making up for lost time. Momota stunned the badminton world in April by defeating a series of world-class opponents, including Lee and Chinese defending Olympic champion Chen Long, to win the Badminton Asia Championships in Wuhan, China. He then continued his impressive form in May at the prestigious Thomas Cup in Thailand, where he won all six of his matches, including straight-game wins over Axelsen and Chen. Meanwhile, Indonesia won the men's doubles and mixed doubles titles here, reported Xinhua news agency. Credit: (Photo by Robertus Pudyanto/Getty Images)
Advertisement1
3 of 5 No 1 seeds Kevin Sanjaya Sukamuljo and Marcus Fernaldi Gideon outclassed Japan's Takuto Inoue and Yuki Kaneko 21-13, 21-16 in 31 minutes to win the men's title, underlining their superiority with a win record against the Japanese pairing that now stands at 4-0. Sukamuljo and Gideon earned $92,500 in prize money for their win, while their Japanese rivals received $43,750. Indonesia's top mixed doubles shuttlers Tontowi Ahmad and Lilyana Natsir successfully defended their title after beating Chan Peng Son and Goh Liu Ying of Malaysia 21-17, 21-8. Credit: (Photo by Robertus Pudyanto/Getty Images)
4 of 5 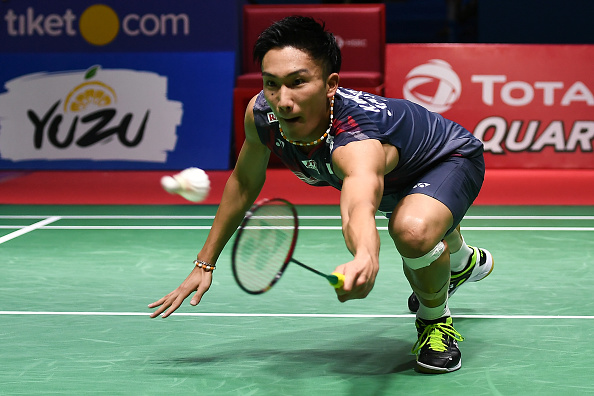 The final was a rematch of the 2016 Rio Olympics final where Tontowi and Lilyana won with scores of 21-14, 21-12. The women's doubles title went to Japanese Yuki Fukushima and Sayaka Hirot, who defeated compatriots Mayu Matsumoto and Wakana Nagahara 21-14, 16-21, 21-14. Credit: (Photo by Robertus Pudyanto/Getty Images)
5 of 5 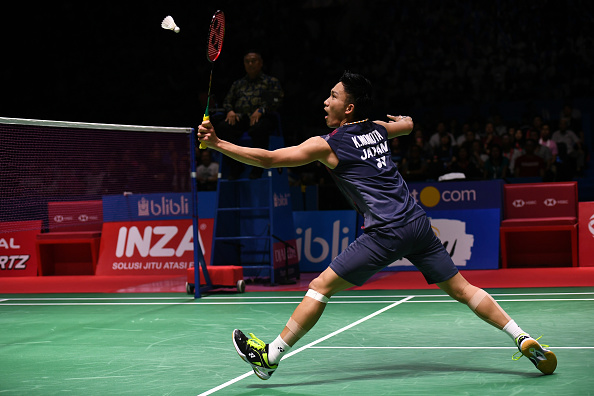