Top-order batsman Shubman Gill cracked an unbeaten 36-ball 57 while skipper Dinesh Karthik bludgeoned a 18-ball 45 not out to guide Kolkata Knight Riders (KKR) to a six-wicket win over Chennai Super Kings (CSK) in an Indian Premier League (IPL) clash at the Eden Gardens here on Thursday. Chasing 178 for victory, Gill, an U-19 World Cup winner, joined hands with Karthik for an unbroken 83-run fifth wicket partnership off 36 deliveries that took the game away from M.S. Dhoni's team despite their making early inroads. This was Gill's maiden IPL fifty. Put in to bat, CSK rode Dhoni's unbeaten 25-ball 43 to post 177/5 in 20 overs. In reply, KKR finished on 180/4 with 14 balls to spare to register second win on the bounce and fifth overall in the tournament so far. Credit: IANS
2 of 7

KKR moved to third spot having 10 points from 9 games while Sunrisers Hyderabad pipped CSK to the top of the table. Pushed up the order, Gill's innings was laced with six fours and two sixes as Karthik ably supported him hitting seven fours and a six. KKR lost Chris Lynn (12) early with young South African seamer pacer Lungi Ngidi (1/36) picking up his wicket in the first over. Sunil Narine (32; 20b 4x4 2x6) made the most of two reprieves in consecutive deliveries in the second over, when Ravindra Jadeja dropped him at wide mid on off K.M. Asif when he was on 6. Credit: IANS
Advertisement1
3 of 7 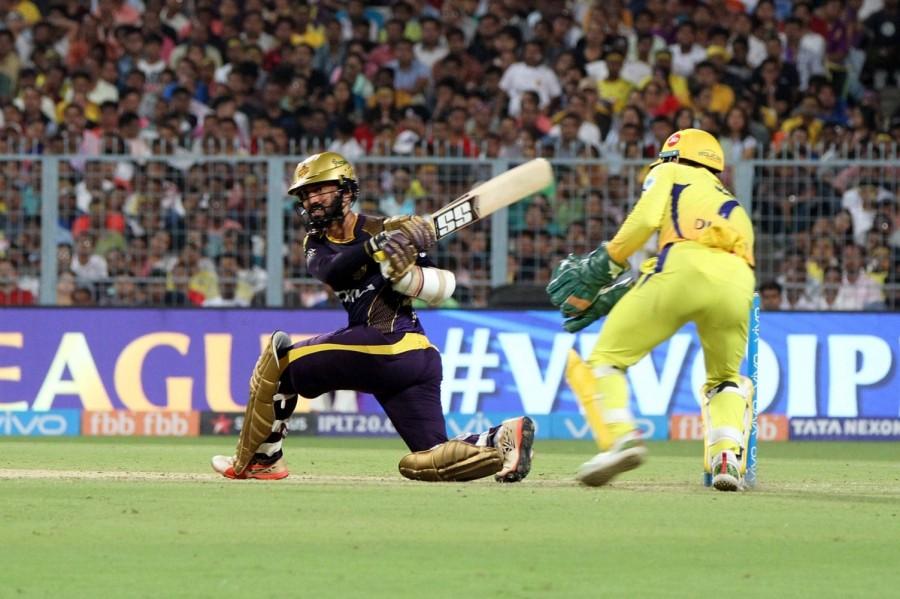 Robin Uthappa (6) did not last long, top-edging a mistimed pull to Dwayne Bravo at midwicket off Asif. Narine, who set the platform for KKR's chase, holed out to Bravo in the deep off Jadeja. Despite the early blows, KKR kept pace with the target, racing to 90/3 at the halfway stage, the same as CSK albeit losing two more wickets. Rinku Singh (16) failed too before Gill and Karthik took the game by the scruff of the neck, taking Asif for 21 runs in the 15th over which proved to be the game-changer. Credit: IANS
4 of 7 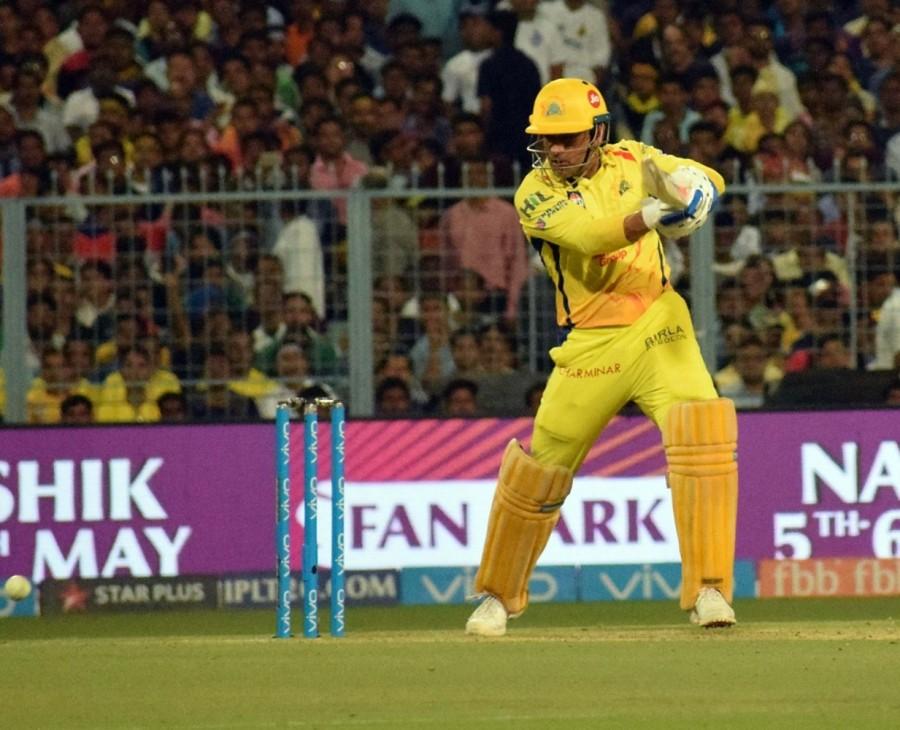 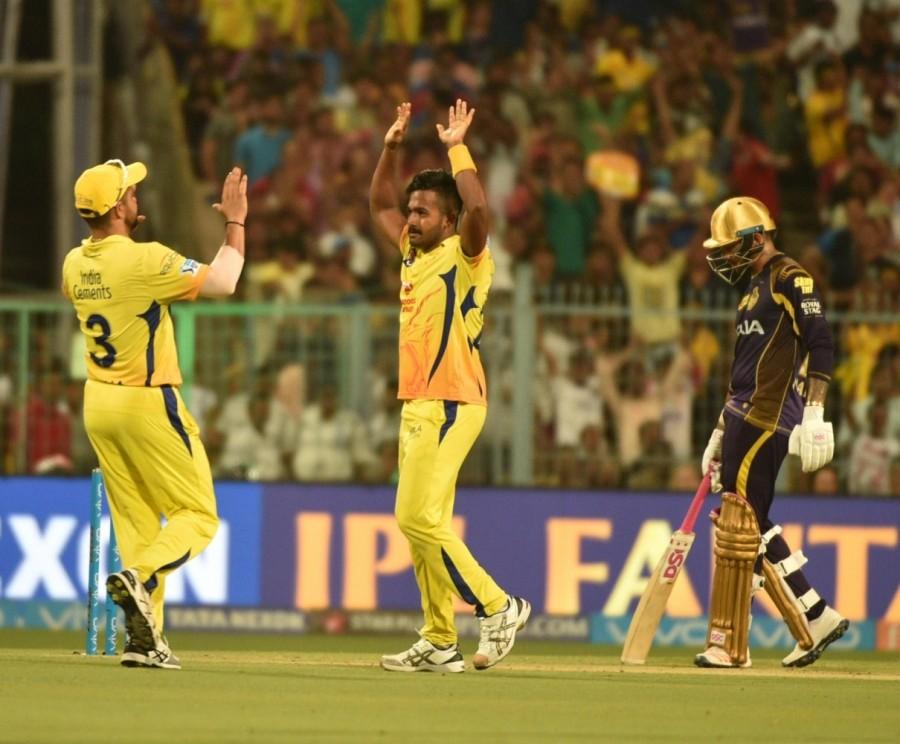 Narine was the pick of the bowlers for KKR, returning figures of 2/20 in four overs. The atmosphere was electric inside the stadium as well as outside, with much of the fanfare around the CSK side and their iconic skipper Dhoni. Credit: IANS
6 of 7 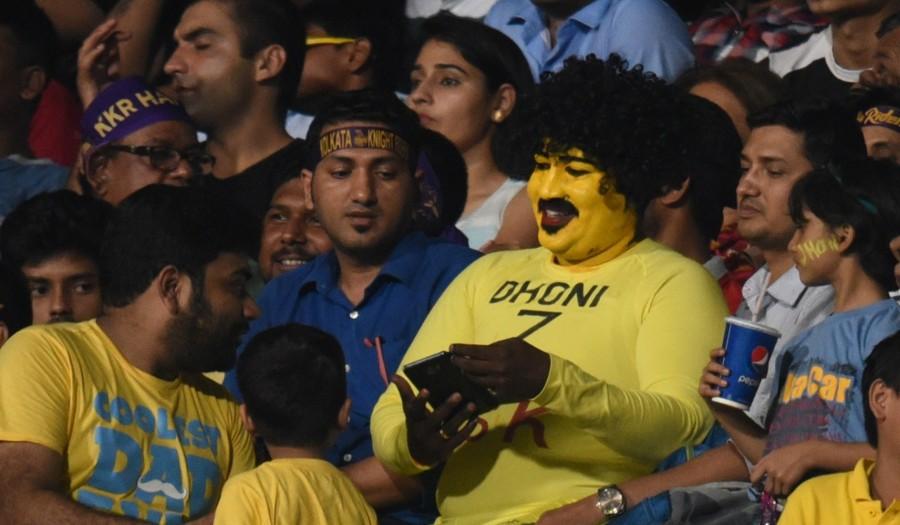 A sea of yellow engulfed parts of the Eden as every boundary was cheered vociferously, giving a feeling of it being an away match for KKR. Credit: IANS
7 of 7 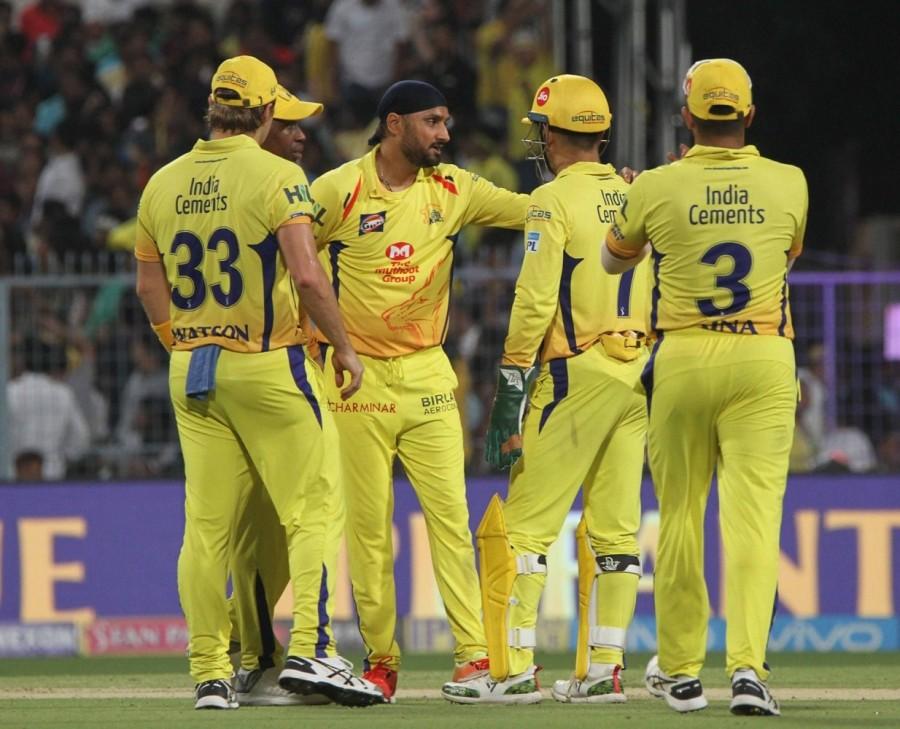