Spin twins Rashid Khan and Shakib Al Hasan shared five wickets between them to help Sunrisers Hyderabad defend a meagre 132 against Kings XI Punjab by 13 runs in a nail-biting Indian Premier League (IPL) clash as the Orange Army vaulted to the No.2 spot in the points table. Demoted to No.3, Kings XI Punjab squandered a watchful 55-run opening start from Chris Gayle and Lokesh Rahul before falling apart, as Rashid (3/19) and Shakib (2/18) triggered a batting collapse to see the team home amid thunderous applause from the vociferous crowd at the Rajiv Gandhi International Stadium here on Thursday. While Gayle (23 off 22 balls; 4x1, 6x2) started with a thunderous six over off-spinner Mohammad Nabi's head before going into a shell, Rahul (32 off 26; 4x4, 6x1) sent the Afghan tweaker to the cleaners on three consecutive occasions to outscore his West Indian opening partner. Credit: IANS
2 of 6

Rahul's innings was laced with a range of stylish cover drives and straight drives even as Gayle found back his groove by welcoming medium pacer Basil Thampi for a thunderous six, and helping his side past the 50-run mark. With Punjab sailing smoothly towards the target, Kane Williamson brought in his strike bowler Rashid Khan, who responded in style by hammering Rahul's off-stump with a googly. Thampi (2/14) then joined the party by getting the better of Gayle, who miscued a short ball to non-existent square-leg only to find the bowler completing a clean catch. At 57/2, Punjab needed to start afresh with Mayank Agarwal (12) and Karun Nair (13) joining forces, but left-arm spinner Shakib Al Hasan nipped the partnership in the bud with the wicket of Agarwal. Credit: IANS
Advertisement1
3 of 6 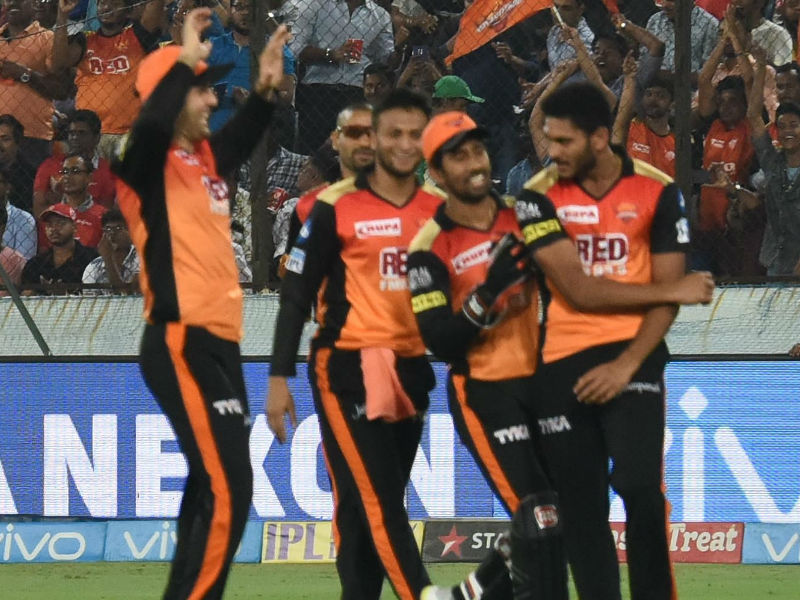 Nair departed soon after failing to read Rashid's googly which trapped him plumb in front even as Manoj Tiwary (1) was welcomed with a couple of fiery lbw appeals from the Afghan. Punjab's nightmare continued in the next over when Shakib packed back Aaron Finch (8) after being clobbered for a massive six on the previous ball. Medium pacer Sandeep Sharma added salt to Punjab's woes by packing Tiwary soon after as the visitors' chase derailed after losing six wickets in a span of just 37 runs. Skipper Ravichandran Ashwin (4), Andrew Tye (4) and Barinder Sran (2) could hardly offer any resistance as the home bowlers continued their stronghold. With the target gradually getting out of Punjab's hands, tailenders Mujeeb Ur Rahman (10 not out) and Ankit Rajpoot (8) got a few hits before Thampi uprooted Rajpoot's middle stick to take his team home. Credit: IANS
4 of 6 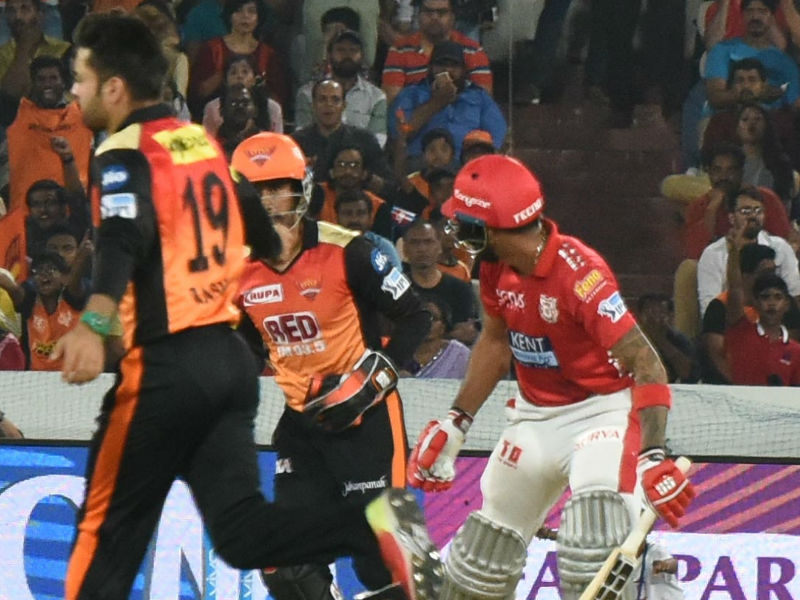 Earlier, medium pacer Ankit Rajpoot (5/14) ripped through the Hyderabad batting to restrict them to a paltry 132. The 24-year-old Rajpoot started off with the key wickets of skipper Kane Williamson (0), Shikhar Dhawan (11) and Wriddhiman Saha (6) from his first three overs before returning to pick Manish Pandey (54) and Mohammad Nabi (4) in the final over of the innings. Put in to bat, the hosts were saved from the blushes by Pandey's fighting 51-ball knock, laced with three fours and a six after Rajpoot reduced them to 27/3 in the first five overs. Credit: IANS
5 of 6 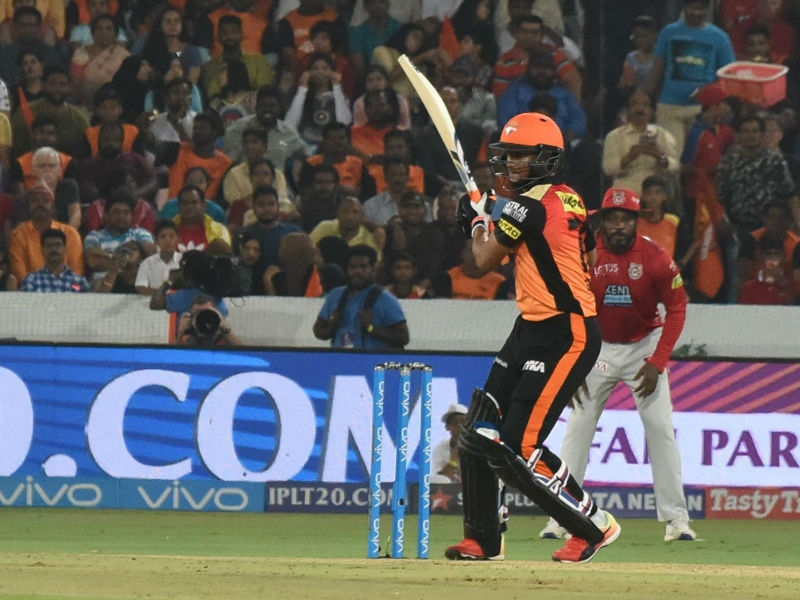 Pandey, however found a companion in Bangladesh skipper Shakib, who made the most of the two reprieves, striking a 29-ball 28, laced with three hits to the fence and forged a 52-run fourth wicket stand. But the joy was short-lived as 17-year-old mystery spinner Mujeeb Ur Rahman ended the partnership with the wicket of Shakib. Shakib's dismissal brought in an experienced Yusuf Pathan (21 not out off 19; 4x1, 6x1) who was forced to curb his natural game, even as Pandey reached his fifty by sending Tye's slower one to the extra cover boundary. Credit: IANS
6 of 6 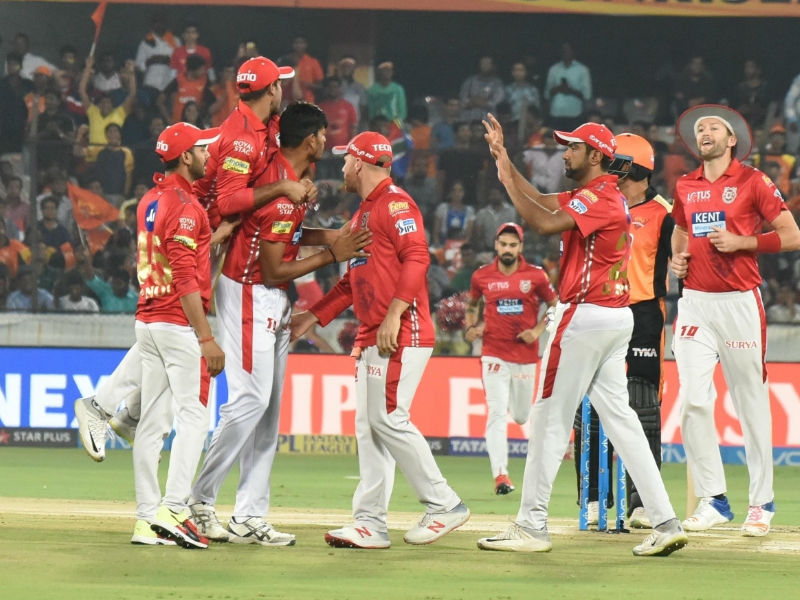