Chennai Super Kings knocked out Kings XI Punjab from the play-offs race of the Indian Premier League (IPL), outplaying them in the last league match by five wickets here on Sunday. In order to qualify for the play-offs, Punjab had to win this game by 53 runs or more but the visitors failed in doing so and thus got knocked out of the play-offs. With this result, Rajasthan Royals became the fourth team to progress to the next stage with 14 points. Sunrisers Hyderabad, Kolkata Knight Riders and Chennai are the other three teams. Put in to bat, Chennai bowlers did a fantastic job to bundle out Punjab for 153. After that, Suresh Raina (61 not out), who played sensibly throughout the innings and Deepak Chahar (39) along with other batters helped Chennai to complete the chase in the 19/1 overs. Chennai got off to a bad start, losing opener Ambati Rayudu (1) in the second over. After adding 24 runs to the total with new batsman Suresh Raina (61 not out), opener Faf du Plesis (14) also departed in the fifth over. In the same over, Sam Billings (0) was also sent packing by Ankit Rajpoot. Credit: IANS
2 of 6

After five overs, Chennai were reeling at 27/3. Harbhajan Singh was sent up the order. The move also paid little as the off-spinner scored 19 runs in 22 balls which included two boundaries and one six. But in the 11th over, Harbhajan was dismissed by Ravichandran Ashwin. New Batsman Deepak Chahar (39) and Raina then joined hands and forged a crucial 56-run partnership to steady the Chennai innings. But just when things seemed good in the middle, Chahar was sent back to the pavilion by Ashwin in the 17th over when scoreboard was reading 114. Credit: IANS
Advertisement1
3 of 6 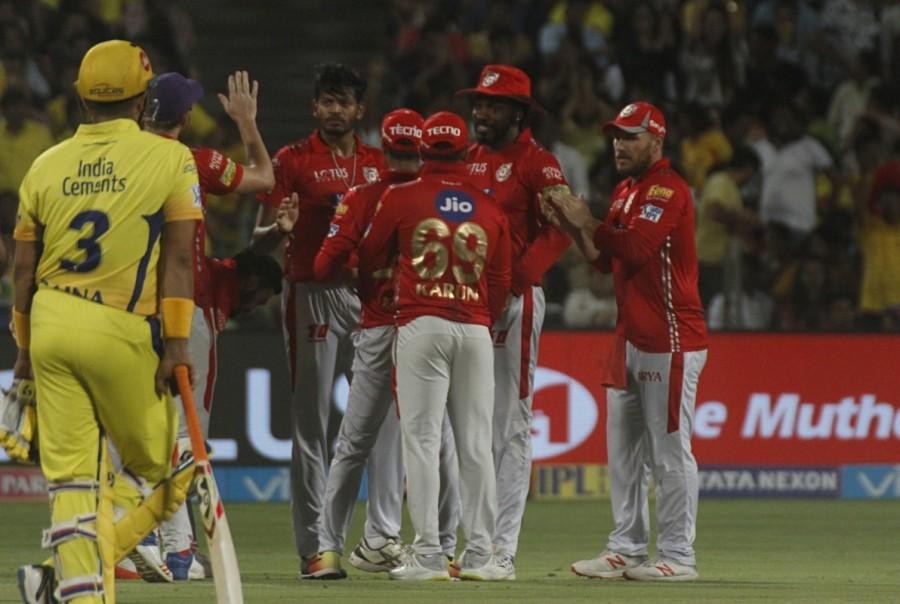 Unperturbed by the fall of wickets, Raina kept on playing sensibly and completed his half century. New Batsman and skipper Mahendra Singh Dhoni (16 not out) then joined Raina in the middle and completed the proceeding with ease. Earlier, a quickfire lower order cameo by Karun Nair helped Kings XI Punjab post a modest 153. Credit: IANS
4 of 6 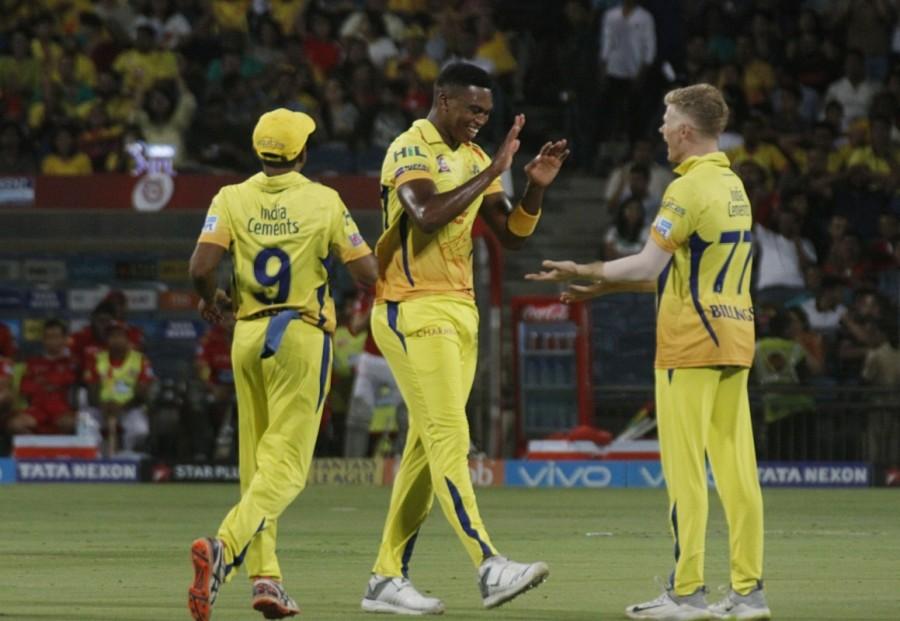 Coming into bat when Punjab were in a spot of bother at 76/4 in the 12th over, Nair plundered 54 runs off 26 balls to breathe life into the innings. The right-hander produced an exciting display of power hitting, smashing three boundaries and five towering sixes. The Chennai bowlers came out all guns blazing at their adopted home ground to bundle out the visitors for a modest total. Credit: IANS
5 of 6 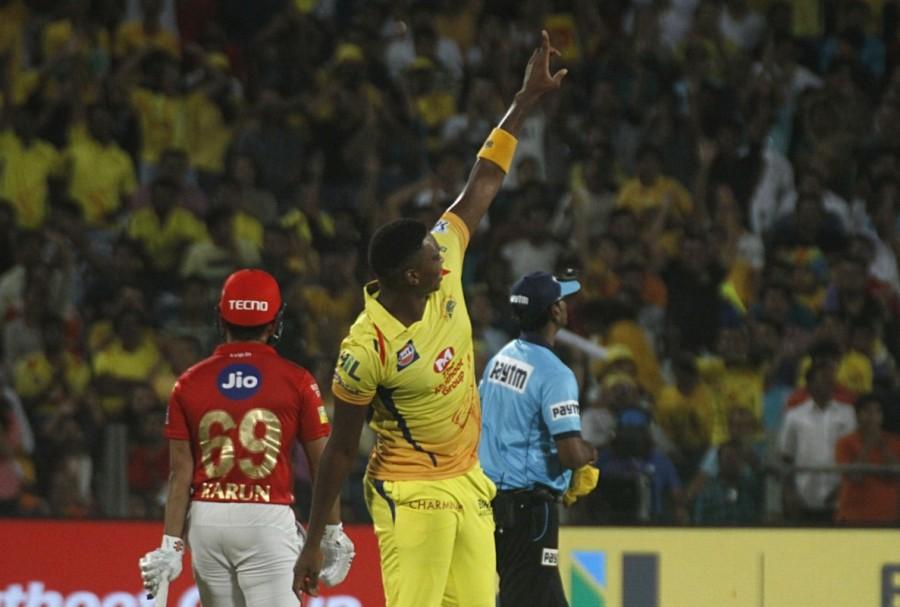 Lungi Ngidi was the wrecker-in-chief for the yellow brigade with stunning figures of 4/10 from his four overs. Credit: IANS
6 of 6 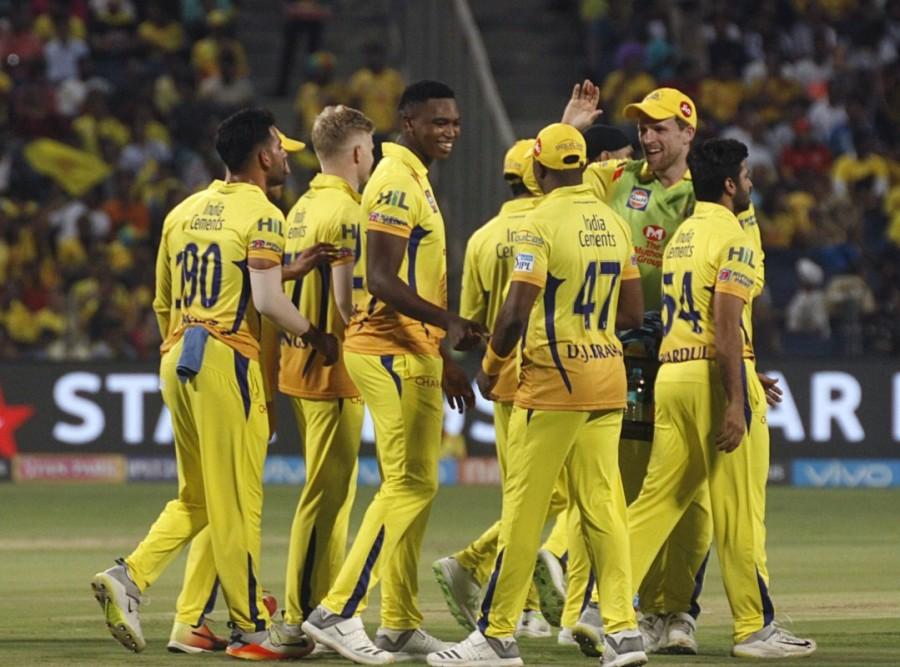