Kolkata Knight Riders (KKR) stretched their winning run to two games by registering a facile seven-wicket victory over Rajasthan Royals in an Indian Premier League (IPL) clash at the Sawai Mansingh Stadium here on Wednesday. After restricting RR to 160/8, the two-time champions, who also won against Delhi Daredevils by 71 runs in their last game, rode on Robin Uthappa's 36-ball 48 (6x4, 2x6) to set up the chase and eventually win with seven balls to spare posting 163/3 in 18.5 overs. Skipper Dinesh Karthik (42 not out; 2x4, 2x6) and Nitish Rana (35 not out; 2x4, 1x6) combined for an unbroken 61-run partnership for the fourth wicket to ease past the line. Karthik hit a six off Ben Laughlin to secure the win in style. Credit: IANS
2 of 6

KKR never looked in trouble despite losing out-of-form Australian opener Chris Lynn (0) in only the second ball of their innings, with off-spinner Krishnappa Gowtham (2/23) flattening his stumps with a ball that spun sharply into the batsman who tried to cut. Uthappa and Narine then came together for a 69-run stand for the first wicket. Uthappa looked in imperious form, hitting Jaydev Unadkat for three fours in the fifth over. Narine took time to get into the groove, smashing a six off Laughlin over deep midwicket using the depth of the crease to good effect. Narine was run out soon after the Powerplay in which the visitors had raced to 53/1, while Uthappa fell two short of a half century, holing out to Ben Stokes who took a brilliant catch at the long-on boundary off Gowtham's bowling. Credit: IANS
Advertisement1
3 of 6 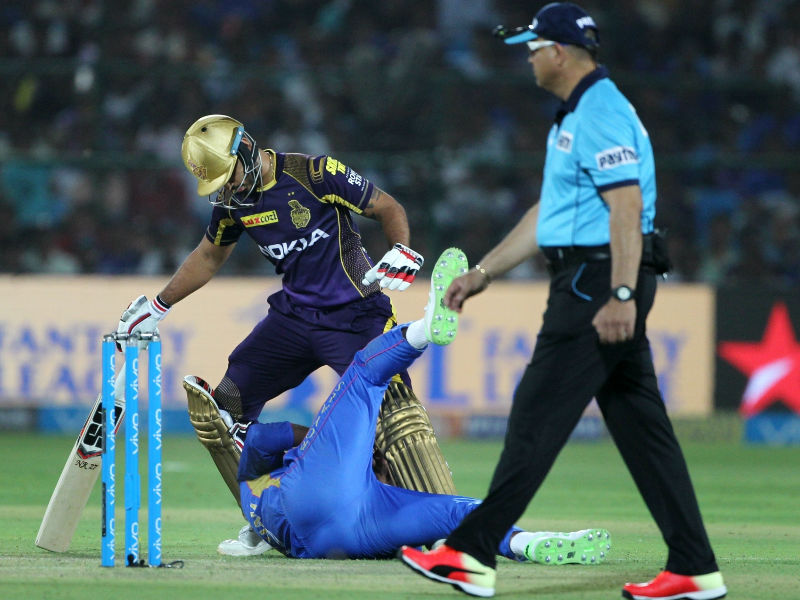 Earlier, KKR bowlers picked up wickets at regular intervals to restrict RR to 160/8 in 20 overs. Narine had an off day leaking 48 runs in four overs without taking a wicket but in-form Rana put his hand up to remove openers Ajinkya Rahane (36; 19b 5x4 1x6) and D'Arcy Short (44; 43b 5x4 1x6) while Tom Curran shaved off the lower order with two scalps in two deliveries. For the hosts, Short was the top-scorer but never got going while explosive England wicketkeeper-batsman Jos Buttler helped them reach a fighting target with a 18-ball, 24 not out. In the last over, young fast bowler Shivam Mavi (1/40) bowled three wide balls and Chris Lynn dropped Dhawal Kulkarni (3) but he was later run out. Credit: IANS
4 of 6 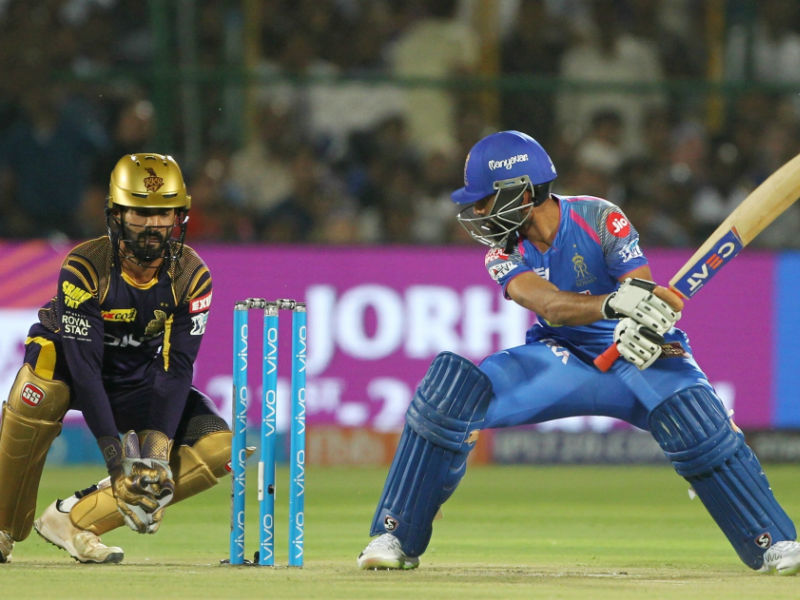 The visitors, choosing to field first after skipper Karthik won the toss, were given a good start by wrist spinners Piyush Chawla (1/18) and Kuldeep Yadav (1/23) who combined well to leak just nine runs in the first three overs. Rahane then took on Narine, the most economical bowler in the IPL so far, hitting him for four back-to-back fours straight up. The India Test team vice-captain swept and drove the West Indian mystery spinner with aplomb to garner 18 runs off the over. Rahane looked in sublime form as he smashed Mavi for a flat six down the wicket in the next over as Short also milked the U-19 World Cup winner for a boundary. After six overs, RR were 48/0. Credit: IANS
5 of 6 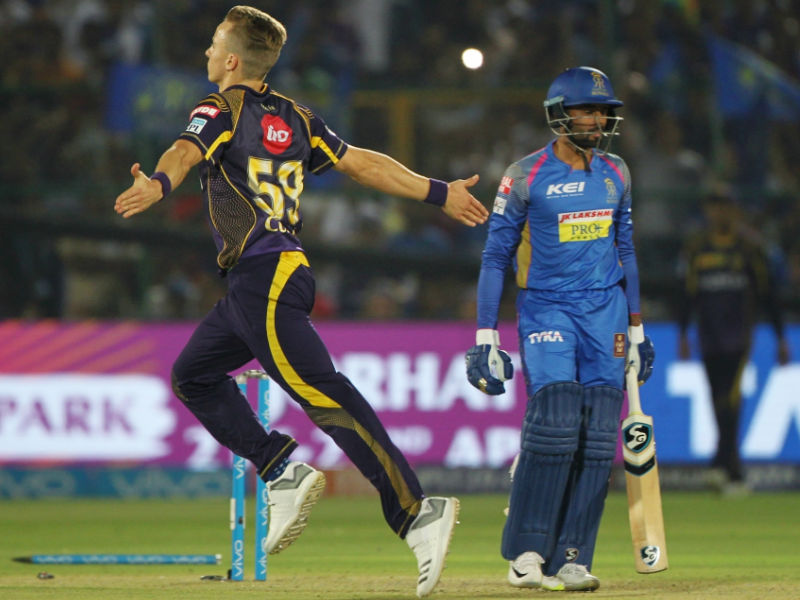 RR then lost two quick wickets. First, Karthik effected a brilliant diving run out to get rid of the dangerous Rahane off Nitish Rana, breaking the 54-run opening wicket stand between him and Short. Sanju Samson followed suit soon after, picking out Kuldeep at deep midwicket off Mavi and just when Short was looking to accelerate, Rana castled him with a slider in the next over to break the 36-run third wicket partnership with Rahul Tripathi. The inaugural IPL winners never recovered from there and were short by 10-20 runs. Credit: IANS
6 of 6 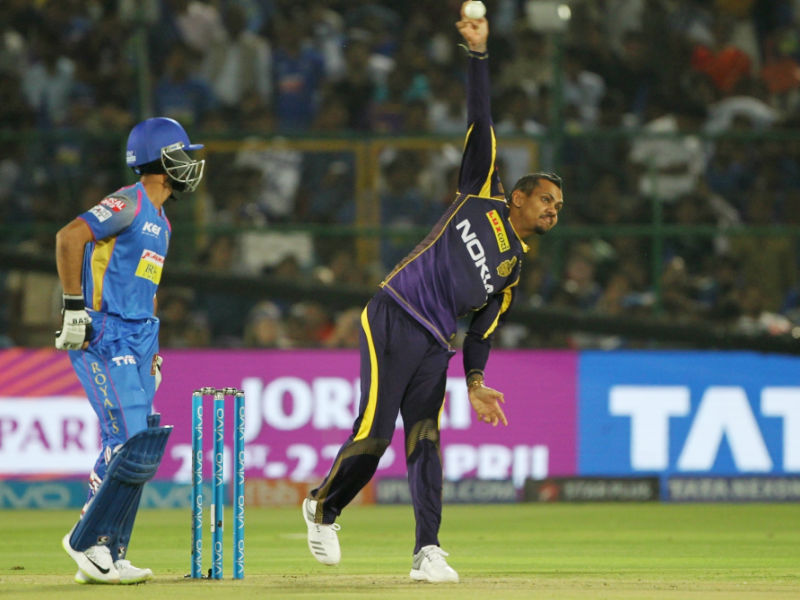