Kolkata Knight Riders rode on Nitish Rana and Andre Russell's heroics to snap a two-game losing streak and register a 71-run victory over Delhi Daredevils in a lopsided Indian Premier League (IPL) clash at the Eden Gardens here on Monday. Put in by their celebrated former captain Gautam Gambhir, KKR piled up 200/9 as in-form Rana smashed a 35-ball 59 with Russell clobbering a 12-ball 44, that included six sixes off Mohammed Shami. In reply, Glenn Maxwell's 22-ball 47 and Rishabh Pant's 26-ball 43 went in vain, as Delhi were bundled out for 129 with mystery spinner Sunil Narine (3/18) and chinaman Kuldeep Yadav (3/32) plotting most of the damage. Credit: IANS
2 of 5

Delhi were reduced to 24/3 inside the first three overs with opener Jason Roy (1), Shreyas Iyer (4) and skipper Gambhir (8) back in the hut. Leg-spinner Piyush Chawla (1/16) got Roy's back in the last ball of the innings' first over with a slider down the leg side which the England batsman missed and went down the wicket for skipper Dinesh Karthik to effect a stumping. In the next over, Rana caught Iyer at first slip off Russell's bowling while the big wicket of Gambhir -- who is KKR's most successful captain winning two IPLs with them -- fell to U-19 World Cup winner Shivam Mavi (1/14). Credit: IANS
Advertisement1
3 of 5 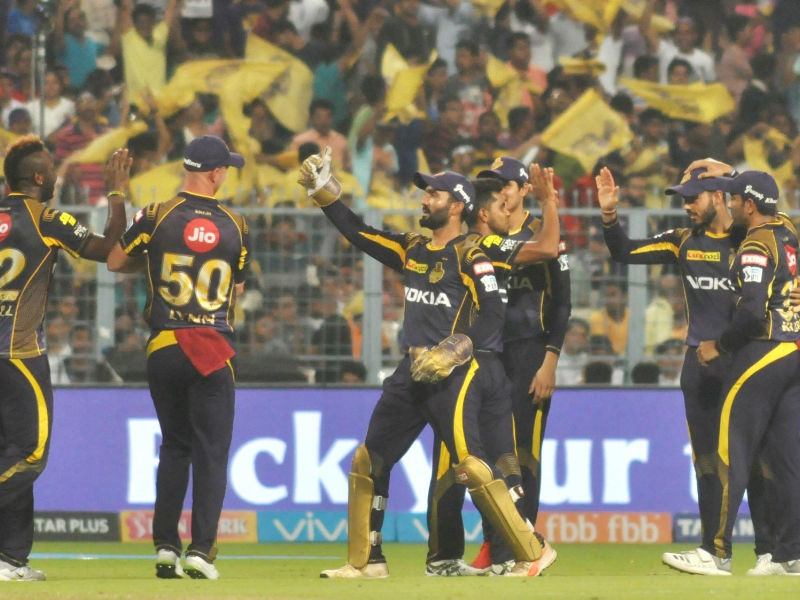 Pant and Maxwell then came together for a 62-run stand for the fourth wicket before the former holed out to Chawla at deep midwicket off Yadav. From there on, it was all downhill for Delhi as they lost wickets in a hurry. Earlier, Rana played a gem of an innings, selecting his shots with aplomb, as he hit five fours and four sixes to set up KKR's onslaught. This allowed Russell, who was dropped on 7 by Roy, to go for the big shots from the word go. Credit: IANS
4 of 5 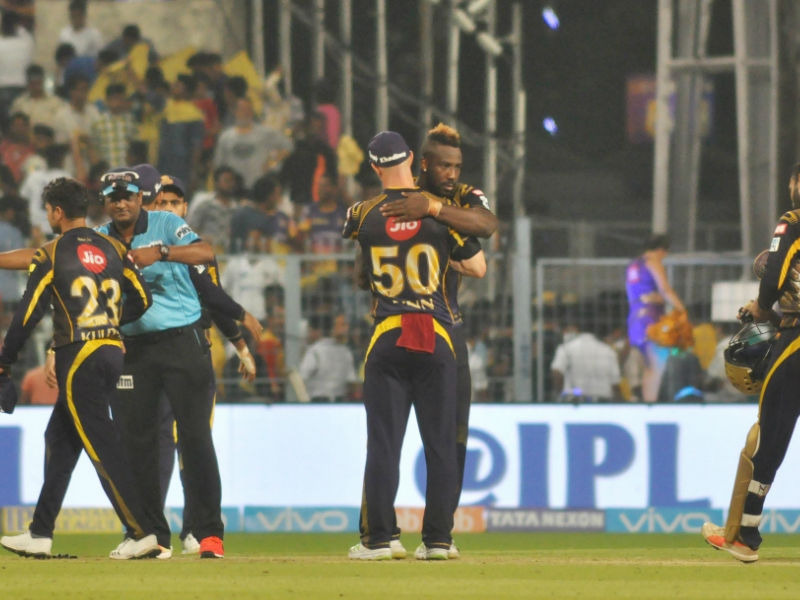 Russell hit six sixes in a three-over period where the hosts bludgeoned 54 runs before leg-spinner Rahul Tewatia (3/18) put a lid on the proceedings by taking three wickets in the last over conceding a miserly one run. Rana and Russell stitched together a 61-run partnership in just 22 balls for the fifth wicket. Credit: IANS
5 of 5 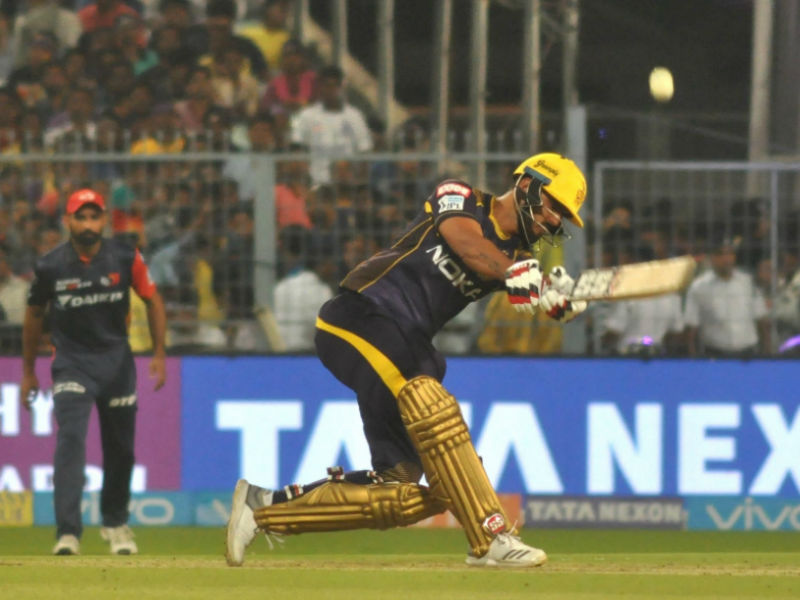