Opener Shane Watson hit a fantastic 106-run knock as Chennai Super Kings (CSK) thrashed Rajasthan Royals (RR) by 64 runs here on Friday to register their third win in four games in the Indian Premier League (IPL). Veteran Australian all-rounder Watson took just 51 deliveries to bring up his third IPL century, guided by nine boundaries and six sixes, to propel Chennai to a massive 204/5 at the Maharashtra Cricket Association Stadium which is the southern franchise's new home venue. In reply, Rajasthan were bowled out for 140 in 18.3 overs as they suffered second straight loss after winning the first two. Credit: IANS
2 of 6

Put in to bat, Chennai were off to a decent start as openers Watson and Ambati Rayudu (12) shared a 50-run partnership for the opening wicket in 4.2 overs. Medium pacer Ben Laughlin drew the first blood for Rajasthan as he sent back Rayudu in the fifth over. Watson was then joined by Suresh Raina and the duo stitched together an 81-run partnership for the second wicket. Raina chipped in with a crucial 47-run knock before falling in the 12th over to a Shreyas Gopal delivery which left CSK on 131/2. K. Gowtham, Stuart Binny and Ben Stokes were severely punished by Raina and Watson. The Australian hit spinner Gowtham for at three sixes, while left-arm medium pacer Jaydev Unadkat also got hit for two sixes by the retired international. Credit: IANS
Advertisement1
3 of 6 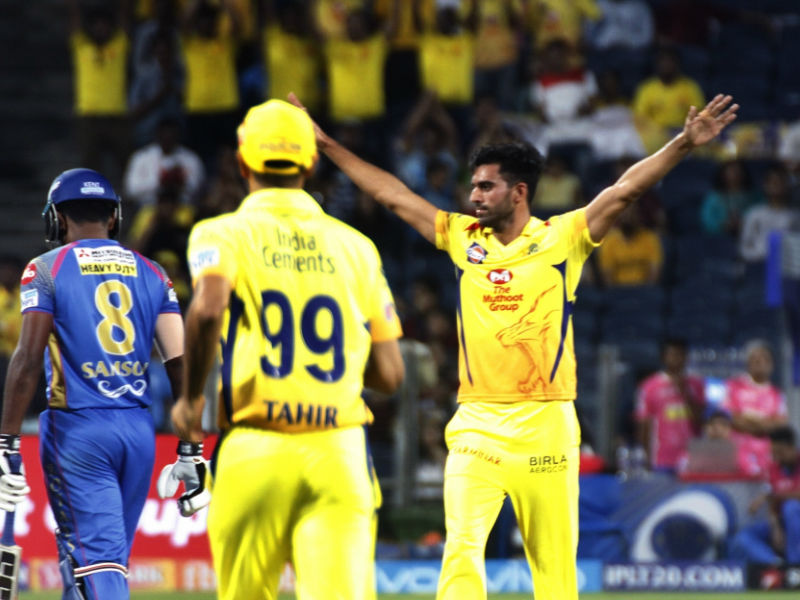 CSK then lost the wickets of Mahendra Singh Dhoni (5) and Sam Billings (3) with the addition of another 30 runs. It was leggie Shreyas again, who struck to dismiss both the Chennai batters. Meanwhile, Watson kept the scoreboard ticking and added 41 runs with Dwayne Bravo to take CSK past the 200-run mark. Bravo remained unbeaten on 24 runs facing 16 balls. The Australian all-rounder however, fell in the last over but it was too late for Rajasthan as CSK posted a massive 205-run target against them. For Rajasthan, Shreyas was the pick of the bowlers, with figures of 3/20, while Australian Laughlin bagged a couple of wickets conceding 38 runs. During the chase, Rajasthan lost wickets at regular intervals and never looked like to be in contention. Their start to the innings was quite poor. Credit: IANS
4 of 6 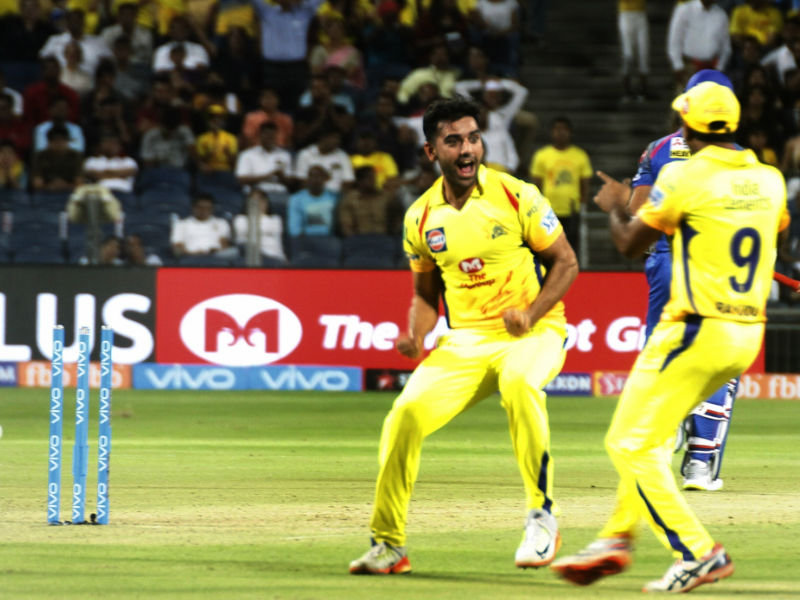 Deepak Chahar's away-moving ball was edged to first slip by Heinrich Klassen but Watson dropped the catch coming at his chest height in the second delivery of the first over. However, Shardul Thakur removed the South African, who was bowled in the fifth delivery of the second over, with the visiting side's score at 20. In the following over, Chahar dismissed Sanju Samson (2) as the Kerala batsman failed to handle a bouncer, managing it to touch it with the top-end of the bat. Chahar then dismissed Ajinkya Rahane (16 off 11) when the latter missed the line attempting a cross-bat stroke, leaving his side at 32/3 in 4.3 overs. Credit: IANS
5 of 6 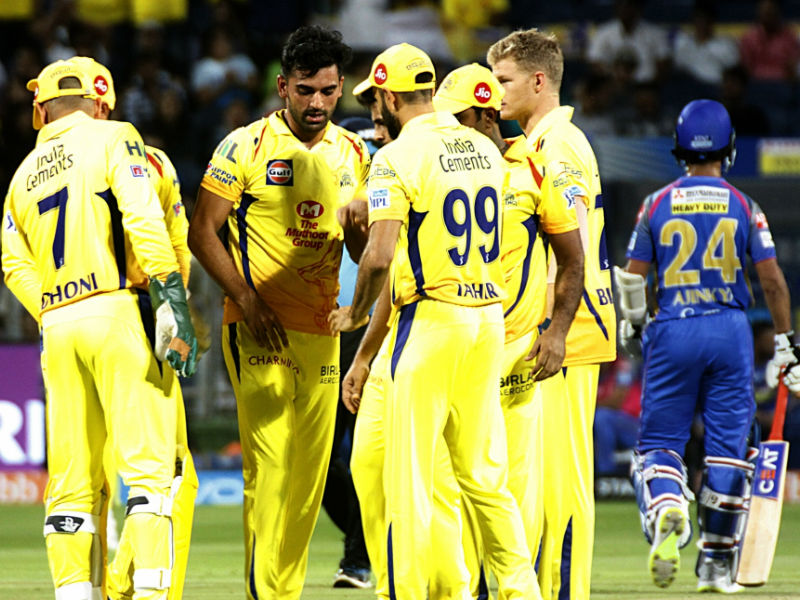 The writing was on the wall for Rajasthan and a 45-run fourth-wicket stand between Englishmen Ben Stokes (45 off 37) and Jos Buttler (22 off 17) could do little to give them some hopes. Buttler perished as the ball went up in the air after he failed to time a rising delivery from medium pacer Dwayne Bravo. Imran Tahir took an easy catch to end the partnership, with Rajasthan at 77/4 in 10.1 overs. Bravo then sent back Rahul Tripathi (5) before left-hander Stokes was caught on the leg side by Sam Billings as he tried to slog sweep leg-spinner Tahir. The wicket of Stokes was nail in the coffin for the visitors who were reduced to 111/6 in 13.5 overs. Credit: IANS
6 of 6 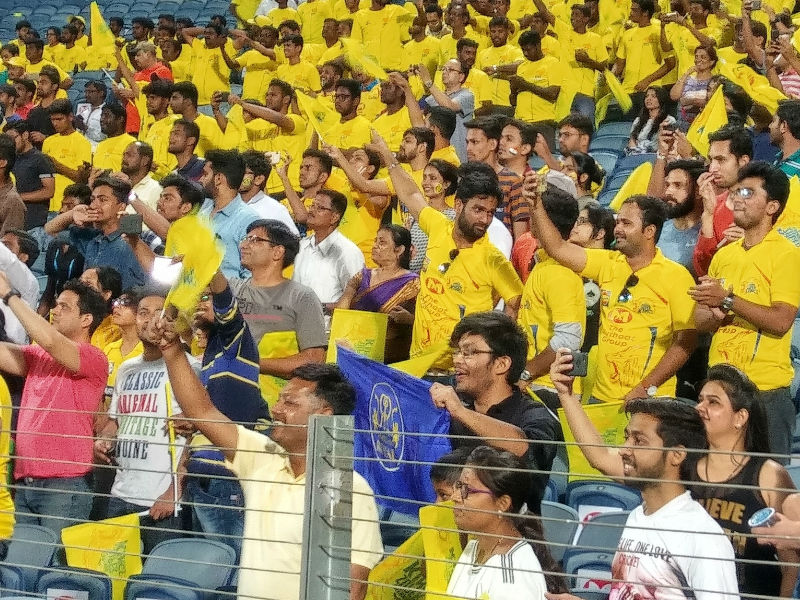