A heroic effort from Kedar Jadhav at the end helped Chennai Super Kings edged past three-time champions Mumbai Indians by one wicket in the opening match of the 11th Indian Premier League (IPL) Twenty20 cricket tournament here on Saturday. Needing seven runs in three balls, Jadhav (24 not out) who got retired hurt, scooped a six over short fine leg and then slammed a boundary at covers off Mustafizur Rahman to clinch a thriller for his team. Credit: IANS
2 of 5

Mumbai's middle-order batsman Dwayne Bravo (68 off 30), also played a brilliant innings towards the end but could not took his team to the finishing line as he was dismissed in the second last over by Jasprit Bumrah. Chasing a decent score of 166, Chennai openers started the proceedings on a positive note. Shane Watson (16)A played his shots while Ambati Rayudu (22) rotated the strike. But after adding 27 runs in four overs, medium pacer Hardik Pandya dismissed Watson. Credit: IANS
Advertisement1
3 of 5 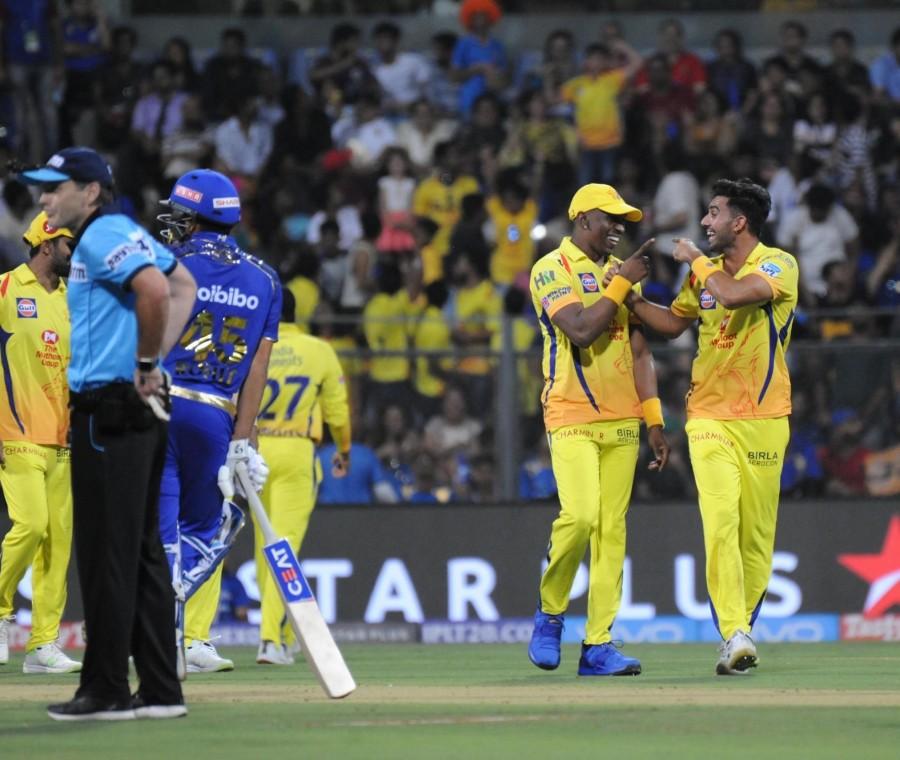 Incoming batsmen Suresh Raina (4) also struggled in the middle but Rayudu kept on scoring runs at the other end. Soon Raina was also sent packing in the sixth over by Pandya. In the very next over, Rayudu was sent back to the pavilion by spinner Mayank Markande. Now with scoreboard reading 42/3, middle-order got exposed and batsmen like Kedar Jadhav (14 retired hurt) Mahendra Singh Dhoni (5) and Ravindra Jadeja (12) failed to rise to the occasion and dismissed cheaply. Towards the end Bravo, smashed the Mumbai bowlers all around the park and also narrowed the gap of runs but lack of support from other end costed hugely but at the end Jadhav made it easy as he took his team to the finish line. Credit: IANS
4 of 5 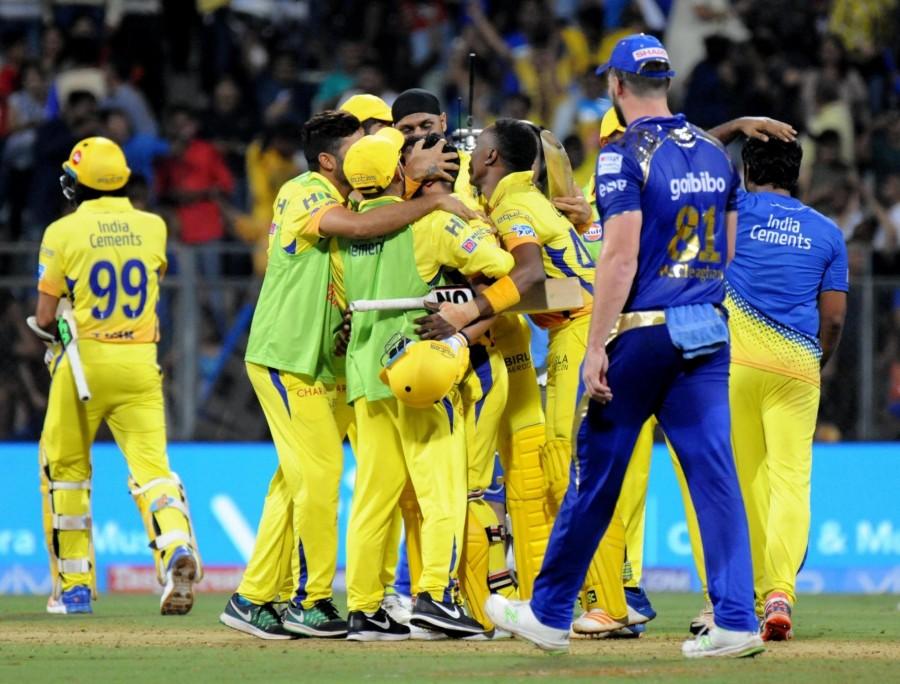 Earlier, Mumbai Indians posted 165/4 in 20. Suryakumar Yadav (43 off 29 deliveries), Krunal Pandya (41 not out off 22), Ishan Kishan (40 off 29) and Hardik Pandya (22 not out off 20) were the main contributors for three-time champions Mumbai. After CSK captain Dhoni won the toss and elected to bowl, these four Mumbai batsmen helped the hosts recover from a poor start which resulted from the dismissals of openers Ervin Lewis (0), Rohit Sharma (15) inside 20 runs. While seamer Deepak Chahar got an LBW verdict against Lewis, Rohit was dismissed after a top-edge off veteran medium pacer Shane Watson was caught by Ambati Rayudu at backward point. Credit: IANS
5 of 5 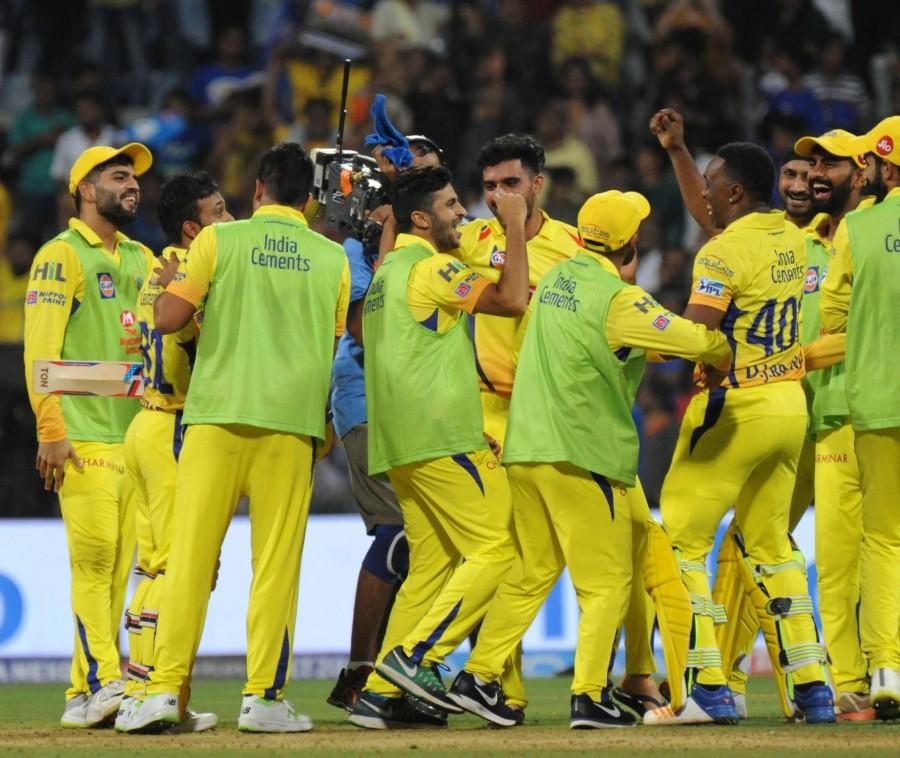 Ishan and Suryakumar shared 78 runs for the third wicket to pull the hosts out of trouble. But the stand was ended by Australian Watson, who got rid of the latter by having him caught by Harbhajan Singh at deep square leg in the 13th over. Ishan then fell to South African leg-spinner Imran Tahir, leaving his side at 113/4 in 14.4 overs. Thereafter, the Pandya brothers began their partnership. Though the national team star Hardik struggled to get big hits, his elder sibling Krunal dealt some lusty blows. Left-hander Krunal hit two fours and five sixes as his blitz lifted Mumbai to a challenging total at the Wankhede Stadium. Credit: IANS
Advertisement
Related Articles