Sam Billings' 23-ball 56 coupled with Shane Watson's 19-ball 42 helped Chennai Super Kings (CSK) pull off a heist as they beat Kolkata Knight Riders (KKR) by five wickets in a thrilling IPL game, held amidst strong protests on the issue of Cauvery waters here on Tuesday. Needing 17 runs in the last over, Ravindra Jadeja 11 (not out) hit a six off R Vinay Kumar with four runs and one ball remaining as Dwayne Bravo (11 not out) watched from the other end. Credit: IANS
2 of 5

Chasing 203, Watson and Ambati Rayudu (39 off 26; 3x4, 2x6) gave CSK a dream start before they got out and KKR reined in with a one more wicket. But Billings and skipper MS Dhoni (25 off 28; 1x4, 1x6) kept their chances alive with a 54-run stand for the fourth wicket and after Dhoni got out Billings cut loose. The England top-order batsman brought up his 50 in 21 balls, sweeping Tom Curran (2/39), whom he took for 17 runs in the 15th over, to the leg side to bring up the landmark. Credit: IANS
Advertisement1
3 of 5 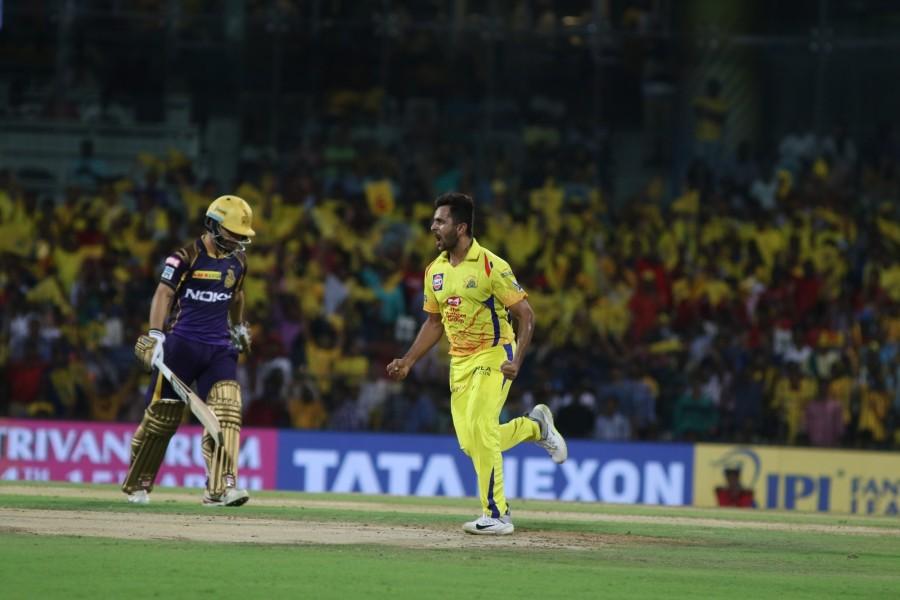 Curran got his wicket in the same over but Jadeja and Bravo ensured the job was done. CSK got off to a flying start. Watson made his intentions clear from the off, spanking R Vinay Kumar for a two fours and a six in the first over. At the other end, Rayudu (39 off 26; 3x4, 2x6) took a liking to Piyush Chawla hitting the wrist-spinner for two sixes and a four in the fourth over. The pair added 75 runs for the opening wicket before Watson holed out to Rinku Singh at cow corner trying to pull Curran. Credit: IANS
4 of 5 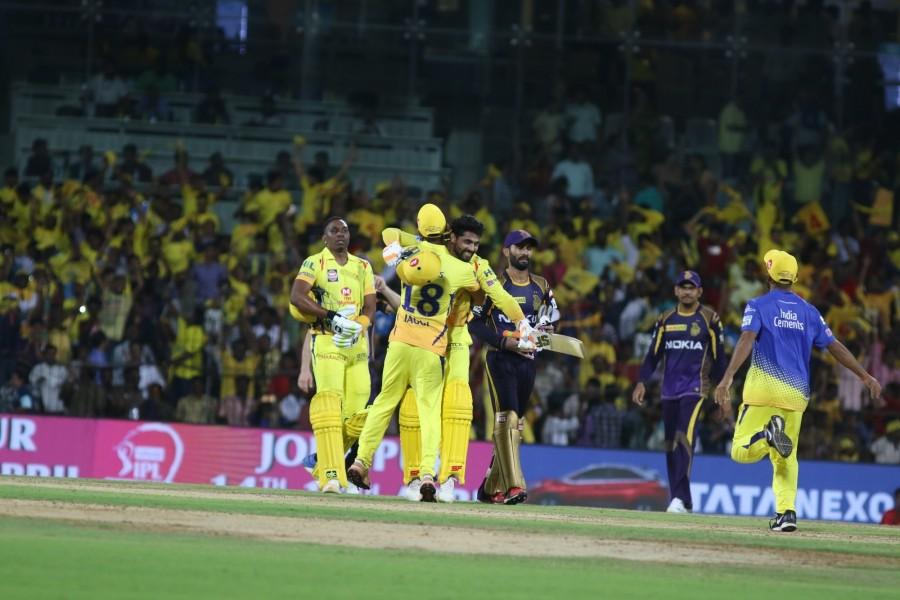 Chinaman Kuldeep Yadav 1/27) then removed the set Rayudu with a lofted delivery outside off-stump which went to substitute Shivam Mavi at extra cover as the batsman played away from his body. From that point, CSK's surge took a dip and the asking rate started shooting up. Suresh Raina (14), who was dropped by Curran on 6, could not capilatise on it and with cramps affecting him, pulled a Narine delivery to Vinay Kumar at long on. Dhoni and Billings -- given a second life by Robin Uthappa who dropped him at mid off -- fought well. Credit: IANS
5 of 5 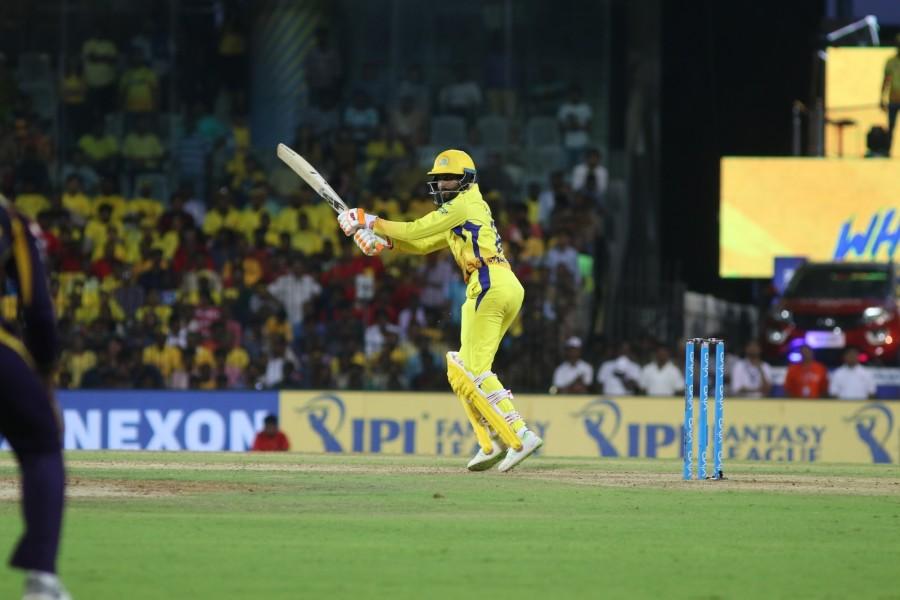 Chawla broke the stand just the home side looked to be making a fight out of it with a low ball that Dhoni feather-edged to Karthik who took a sharp catch behind the stumps. The match was not over though with Billings continuing his big-hitting before Curran got his revenge on his international teammate as the England batsman holed out to Uthappa at long off. Earlier, Andre Russell smashed an unbeaten 36-ball 88 to help Kolkata Knight Riders (KKR) recover from early jitters and post a mammoth 202/6 in 20 overs. Credit: IANS
Advertisement
Related Articles

IPL Final: The Kings and Knights fight it out on Dussehra [Preview]
Advertisement
Latest Gallery