Chris Lynn and Sunil Narine's big hitting helped Kolkata Knight Riders (KKR) sweep aside out-of-sorts Royal Challengers Bangalore (RCB) by six wickets in a rain-interrupted Indian Premier League (IPL) match at the M. Chinnaswamy Stadium here on Sunday. It was a surprise when Narine came out to open the batting with the fit-again Lynn instead of in-form skipper Gautam Gambhir but the West Indian who has been doing the job at the top of the order for KKR this season vindicated the team management's faith in him. Pursuing RCB's 158/4, KKR romped home with 159/4 in 15.1 overs riding on a 105-run stand by Narine (54; 17b 6x4 4x6) and Lynn (50; 22b 5x4 4x6) in just 6.1 overs at a run rate of 17.02. Narine registered the fastest half-century in the IPL, reaching the 50-run-mark in just 15 balls. KKR are now second in the points table with 16 points from 12 outings. They play Kings XI Punjab in Mohali before ending the league engagements at home against already-qualified Mumbai Indians. Credit: IANS
2 of 5

The morning showed the day as far as KKR's chase was concerned with Lynn -- back from a shoulder injury -- smoking Aniket Choudhary for two fours and a six on the trot. Sreenath Aravind was taken for 26 runs in one over as the maverick pair took the game away from RCB in the Powerplay itself. Narine was the first to depart, top edging a Aniket Choudhary delivery which wicketkeeper Kedar Jadhav collected safely. Lynn was castled by Pawan Negi (2/21) who also accounted for the wicket of Colin de Grandhomme (31; 28b 1x4 2x6) while Yuzvendra Chahal sent Gambhir (14; 16b; 0x4 0x6) back in the hut. Yusuf Pathan (0 not out) and Manish Pandey (4 not out) saw the out the win for the men in purple. Earlier, Travis Head's pyrotechnics towards the end of the innings helped Royal Challengers Bangalore erase a top order collapse to post 158/6 in 20 overs. Credit: IANS
Advertisement1
3 of 5 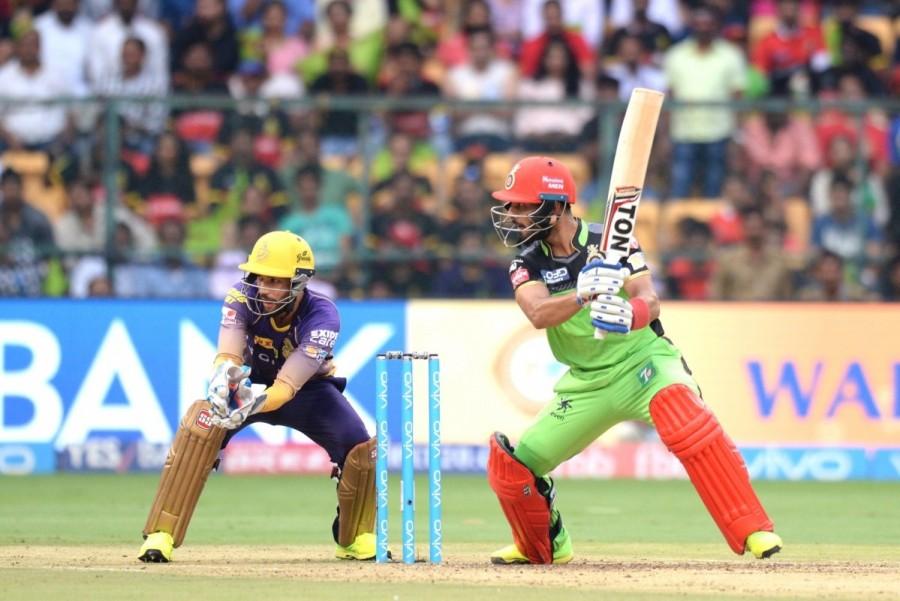 Mandeep Singh (52; 43b 4x4 1x6) also played well to graft the innings after the big three of Chris Gayle, Virat Kohli and AB de Villiers failed to contribute. Head (75 off 47 not out), who is playing in place of Shane Watson, and Mandeep stitched together a 71-run stand for the fourth wicket to stem RCB's rot and at the end it was about the Australian's big hitting. While Mandeep took time to steady the ship and pace his innings to perfection, Head saved his shots for the last smashing Ankit Rajpoot and Chris Woakes for two sixes in consecutive overs to up the run rate. In the last over, Head tonked Umesh Yadav (3/36) for two sixes and a four on the trot to take away 21 runs. Put in to bat, Gayle played a lazy shot first ball of the match for Gambhir to complete the simplest of catches at short cover off Umesh's bowling. Credit: IANS
4 of 5 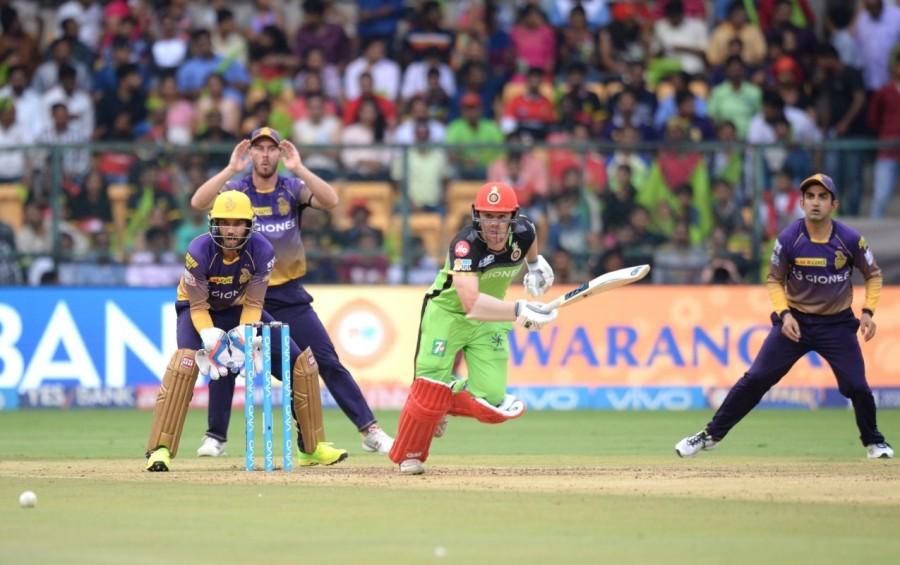 Mandeep looked to take on Chris Woakes, opening the bowling in place of injured Nathan Coulter-Nile, hitting the England pacer for a four and a six off back-to-back deliveries. Kohli's (5; 9b; 0x4, 0x6) poor form continued unabated as the India captain could not make the most of his reprieve when Piyush Chawla grassed him at mid-off to get out in the very next ball. He fell to Umesh's slower delivery with the ball striking his back foot for a plumb leg before wicket decision. Narine sent De Villiers (10; 8b 2x4 0x6) back in his first over with the out of form South African shuffling across the crease to miss the ball completely and losing his stumps as a result. Mandeep and Head took almost nine overs to engineer a 50-run stand for the fourth wicket. There was a period where RCB could not find the fence for five overs before Head pulled Ankit Rajpoot behind square leg for four. Credit: IANS
5 of 5 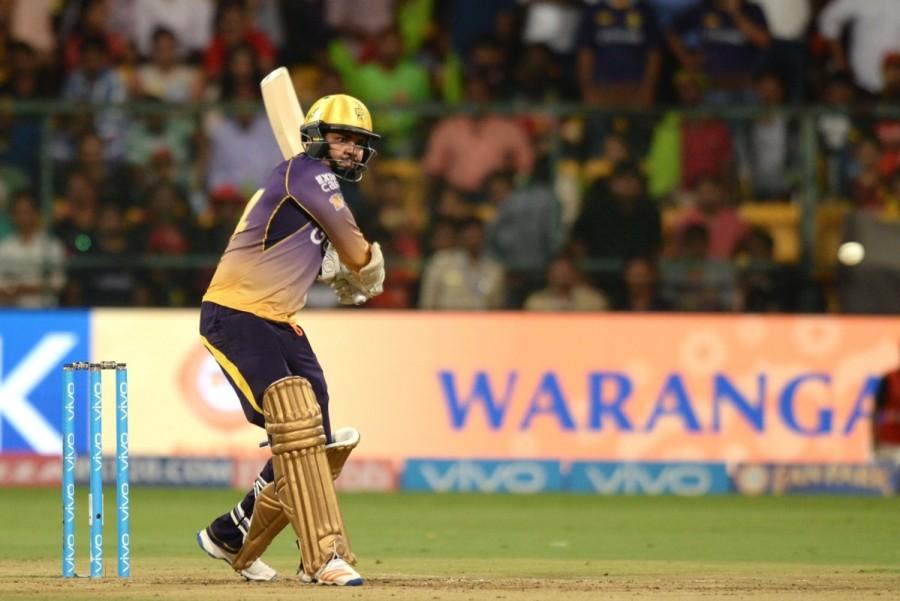 Play was stopped for around 38 minutes after which Mandeep brought up his half century but the interruption in their partnership saw Narine taking the prized wicket of Mandeep. Kedar Jadhav holed out to Umesh who ran from long off to pouch the ball to help Chris Woakes grab a wicket. Negi added just five runs to the total before falling to Umesh in the final over. Credit: IANS
Advertisement
Related Articles

IPL 2022: MI vs SRH live-stream, squad, timings and everything you need to know about today's match